The New York Times defended the World Health Organization and pushed a Chinese Communist Party propagandist, all the while fighting President Trump’s call to halt funding for the global health group.

The headline to Wednesday's story by Michael Shear and Donald McNeil made sure readers knew what was really going on with the president's complaint:  “Trump, Seeing Poll Numbers Drop, Blames W.H.O. for Virus Mistakes.” 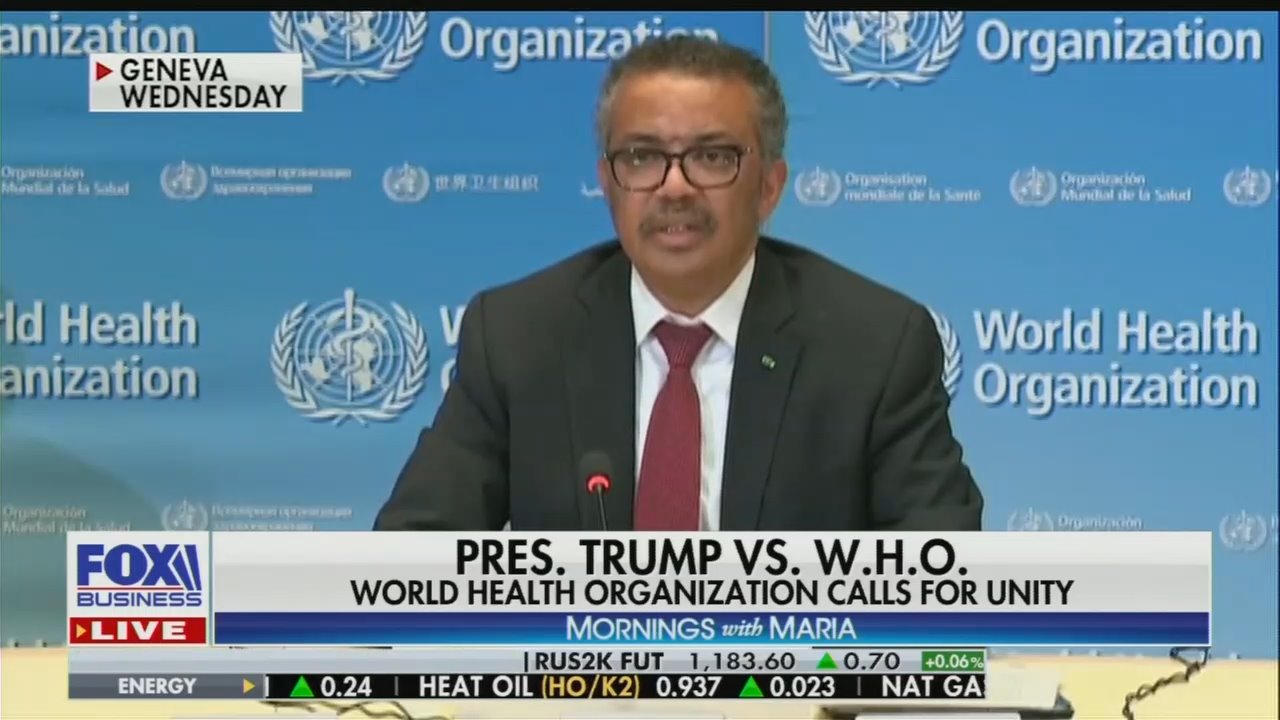 For weeks, President Trump has faced relentless criticism for having overseen a slow and ineffective response to the coronavirus pandemic, failing to quickly embrace public health measures that could have prevented the disease from spreading.

So on Tuesday, the president tried to shift the blame elsewhere, ordering his administration to halt funding for the World Health Organization and claiming the organization made a series of devastating mistakes as it sought to battle the virus....

The reporters were shocked.

In effect, Mr. Trump was accusing the world’s leading health organization of making all of the mistakes that he has made since the virus first emerged in China and then spread rapidly.

Shear and McNeil penned virtually the entire piece through the prism of Trump, instead of focusing on the problematic actions and inactions by the W.H.O. -- as if the organization is defined by its mission statement, but not by what it actually did.

The attack on the W.H.O., which was founded after World War II as part of the United Nations “to promote and protect the health of all peoples,” was the latest example of the president’s attempt to shift the blame throughout the crisis.

The basis for the president’s anger at the W.H.O. was his contention that it was too quick to believe information about the virus coming from the Chinese government at a time when it should have been more critical. He said the W.H.O. “willingly took China’s assurances to face value” and “pushed China’s misinformation.”

Criticism of the W.H.O. was belated and couched in passive terms. The reporters even sang the praises of how efficiently the authoritarian Chinese solved the corona crisis (as if the CCP’s is a trusted source).

Brutal as they were, China’s tactics ultimately worked.

By March 18, China was able to report zero new cases in the country....Public health experts have called what China did -- stopping a new, highly transmissible pandemic disease in its tracks -- an unparalleled success.

When you're a dictatorship, you can "report" out whatever you like.

A nytimes.com update under the headline, "In Midst of Pandemic, Trump Halts W.H.O. Funding," was even worse.

A spokesman for the Chinese Foreign Ministry, Zhao Lijian, on Wednesday condemned the American withdrawal of funding, telling reporters that it would weaken the W.H.O.’s capabilities and “undermine global cooperation on combating the pandemic.”

Yes, the Times cited as a reputable source the Communist Party stooge whose job involves spreading anti-American lies on Twitter, like tweeting out an article titled “COVID-19: Further Evidence that the Virus Originated in the U.S.” (The Zhao graphs were gone by the 9:22 a.m. update, but can be found here for now.)