The New York Times most classless columnist, Paul Krugman, hit all his usual tropes in Friday’s New York Times with the borderline-hysterical “American  Democracy May Be Dying.” It’s the same paranoia that he shows whenever a Republican gains the presidency, and you’re an ignorant sheep if you’re not as terrified as he is. 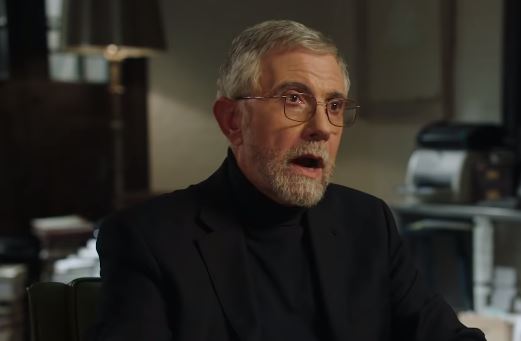 If you aren’t terrified both by Covid-19 and by its economic consequences, you haven’t been paying attention....

Yet the scariest news of the past week didn’t involve either epidemiology or economics; it was the travesty of an election in Wisconsin, where the Supreme Court required that in-person voting proceed despite the health risks and the fact that many who requested absentee ballots never got them.

Why was this so scary? Because it shows that America as we know it may not survive much longer. The pandemic will eventually end; the economy will eventually recover. But democracy, once lost, may never come back. And we’re much closer to losing our democracy than many people realize.

If Trump is as ruthless as liberal paranoids say, why would Krugman endorse the precedent of delaying elections? Krugman compared the decision to hold (relatively inconsequential) elections in Wisconsin to Viktor Orban’s reign in Hungary while again insulting any reader not as paranoid as himself.

If you say that something similar can’t happen here, you’re hopelessly naïve. In fact, it’s already happening here, especially at the state level. Wisconsin, in particular, is well on its way toward becoming Hungary on Lake Michigan, as Republicans seek a permanent lock on power.

Did anyone tell Krugman the governor of Wisconsin, Tony Evers, is a Democrat?

Then came Tuesday’s election. In normal times most attention would have been focused on the Democratic primary -- although that became a moot point when Bernie Sanders suspended his campaign. But a seat on the State Supreme Court was also at stake.

Yet Wisconsin, like most of the country, is under a stay-at-home order. So why did Republican legislators....insist on holding an election as if the situation were normal?

This November, it’s all too possible that Trump will eke out an Electoral College win thanks to widespread voter suppression....everything we’ve seen suggests that he will use a second term to punish everyone he sees as a domestic enemy, and that his party will back him all the way. That is, America will do a full Hungary.

So that’s why what just happened in Wisconsin scares me more than either disease or depression. For it shows that one of our two major parties simply doesn’t believe in democracy. Authoritarian rule may be just around the corner.

Krugman pitches this fit every election cycle. In November 2018, Krugman pretended Republicans complaining about vote shenanigans in Florida meant fascism was dawning. The month previous, Krugman rehashed his line about “The Paranoid Style in G.O.P. Politics.” The text box read “Republicans are an authoritarian regime in waiting.”

So what’s taking so long?