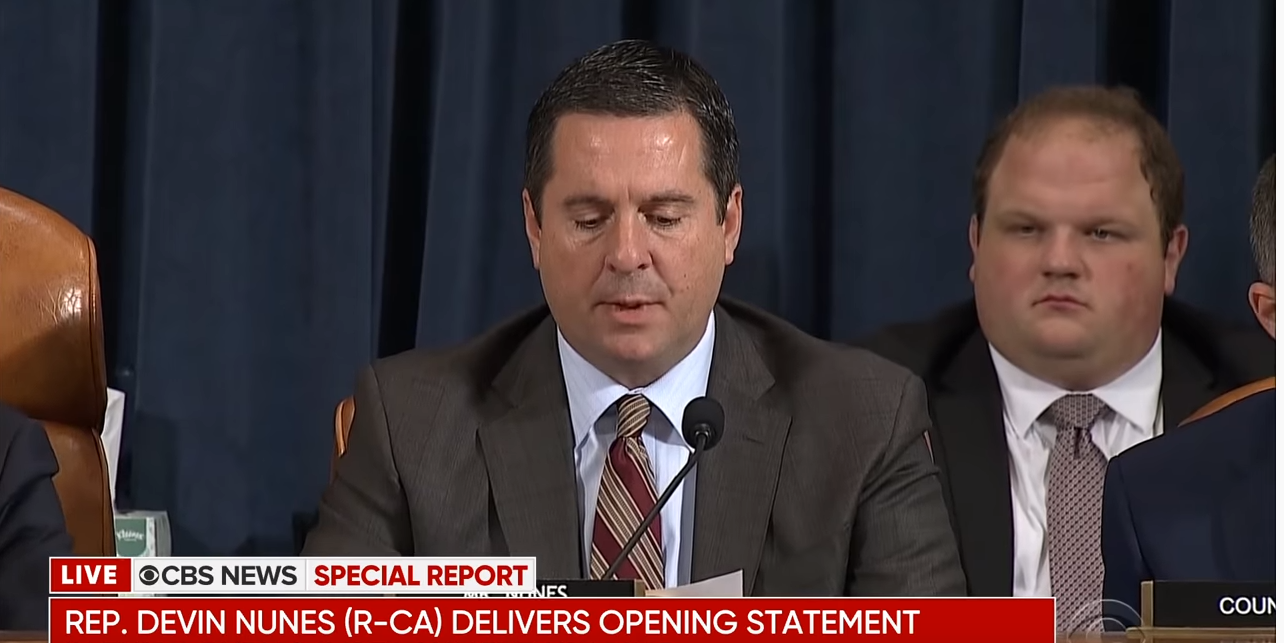 Well, the big lead story in Friday’s New York Times shouting “House Is Warned Or Russian Effort To Bolster Trump,” has been challenged by a national security official cited by CNN’s Jake Tapper, and also somewhat neutralized by the paper’s lead story Saturday,  “Sanders Is Told Of Russian Push To Aid Campaign.” But don’t think the Times is done trying to resuscitate the Russia controversy as a cudgel against Trump.

Richard Grenell’s tenure as the nation’s top intelligence official may be short-lived, but he wasted no time this week starting to shape his team of advisers, ousting his office’s No. 2 official -- a longtime intelligence officer -- and bringing in an expert on Trump conspiracy theories to help lead the agency, according to officials.

One of his first hires was Kashyap Patel, a senior National Security Council staff member and former key aide to Representative Devin Nunes, Republican of California and the former chairman of the House Intelligence Committee....

Mr. Patel was best known as the lead author of a politically charged memo two years ago that accused F.B.I. and Justice Department leaders of abusing their surveillance powers to spy on a former Trump campaign adviser. The memo was widely criticized as misleading, though an inspector general later found other problems with aspects of the surveillance.

That’s a grossly evasive understatement. Kashyap Patel was lead author of Rep. Nunes’ famous memo, which was mocked and trashed by the Times and the rest of the media (and Rep. Adam Schiff) at the time. The memo was later proved wholly justified in its concerns over Foreign Intelligence Surveillance Act (FISA) abuses against Carter Page, a member of the Trump 2016 campaign.

Grenell didn’t earn the usual liberal points for being the first openly gay person in a particular governmental position -- not when he is suspected of being a “partisan ideologue” with a “lack of experience,” as the paper claimed in Saturday’s lead.

The paper first attacked Patel in February 2018's “Main Author of Secret Memo, Is No Stranger to Quarrels,” as “a lawyer who has sometimes run afoul of the rules.” The killer line:

Democrats, led by Representative Adam B. Schiff, the ranking minority member on the committee, were scathing in their criticism of both the report and the decision to release it to the public.