It’s not the first time the paper has tried to falsely smear “conservatives” as the main thrust of anti-vaccine action, even though the most recent polling on the matter suggests it’s more of a left-wing cause. In fact, two “red states” often mocked as backward, Mississippi and West Virginia, are nationwide leaders in getting their children vaccinated.

Amazingly for a story whose headline blasts “conservatives” for being anti-vaccine, the first sentence features the anti-vaccine conspiracist Robert F. Kennedy Jr., of the famous uber-liberal Democrat political family. 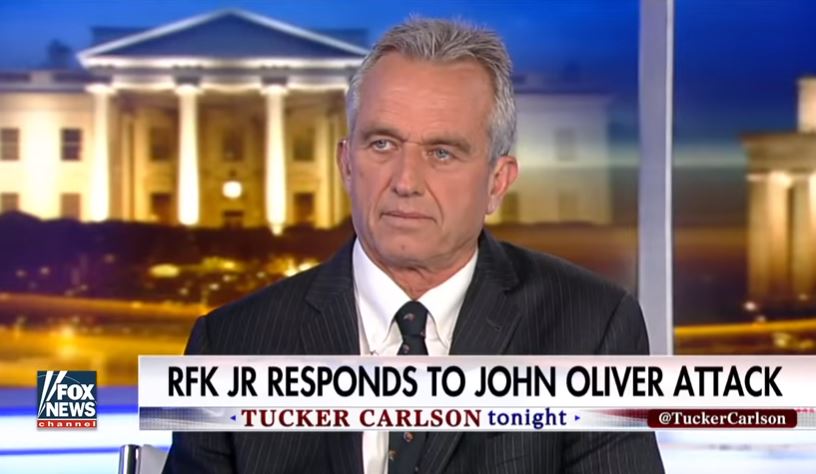 The pair sat smiling in a picture posted to Instagram: the actress Jessica Biel, who became famous on the television series “7th Heaven,” next to Robert F. Kennedy Jr., an activist who has spread misinformation about childhood vaccines.

The image, taken in Sacramento this week as Ms. Biel and Mr. Kennedy lobbied against a bill that would tighten immunization requirements, instantly placed Ms. Biel in the company of vaccine skeptics, and among the many Hollywood celebrities who have taken a stance on the issue, including Robert De Niro and Jenny McCarthy.

Ms. Biel’s lobbying efforts in California’s state capital, and her association with Mr. Kennedy, who lauded her on Instagram as “courageous,” prompted a swift and furious response from those who criticized her for seeming to oppose vaccines.

And it reflected one of the realities of anti-vaccine beliefs: They are held by individuals across the country who might have little else in common, politically or otherwise. Anti-vaccine advocates include wealthy actors in Los Angeles, Orthodox Jews in New York, parents in the Pacific Northwest who send their children to Waldorf schools, Somali-Americans in Minnesota and conservatives who home-school their children.

(To its credit, the next day the Times ran a story on the front of the local section about those Waldorf schools, “Vaccine Skepticism Takes Root at Progressive Schools.”)

Since Mr. Kennedy, 65, started raising questions about the safety of childhood vaccines, challenging a cornerstone of public health, he has become the most recognizable face in the vaccine wars. Scientists have denounced his claims as dangerous, saying they will lead to epidemics that kill children. He has been abandoned even by formerly stalwart supporters, and has lost many friends.

Historically, opposition to vaccines has not broken neatly along political lines. Instead, the position was associated with both the extreme right and the extreme left. In recent years, however, vaccine policy has taken on a partisan bent, with Republicans tending to favor looser immunization mandates, according to Dorit Reiss, a professor at the University of California Hastings School of Law in San Francisco who studies vaccine laws.

Some Republicans opposed recent efforts to tighten vaccine mandates in Colorado, Maine, Oregon and Washington. Maine recently eliminated nonmedical vaccine exemptions, as California, West Virginia and Mississippi have already done. New York, which is battling a large measles outbreak, followed suit on Thursday. Washington, which has grappled with a cluster of measles cases, eliminated personal and philosophical exemptions to receiving the measles, mumps and rubella vaccine for children in schools and day-care centers.

“The anti-vaccine movement has convinced Republican politicians that school mandates are too restrictive, and that’s a problem,” Mrs. Reiss said. “You can be for individual liberty and still think that it’s not O.K. for one family to make going to school dangerous for another family.”

Robert F. Kennedy, who falsely believes that vaccines cause autism, was not even identified as part of the liberal Kennedy clan, though he is the son of the late Democratic Attorney General (in the administration of his brother John) and a Democratic U.S. Senator.

In February 2015, Times reporters Jeremy Peters and Richard Perez-Pena also used the controversy over mandatory vaccinations to smear the GOP as opposed to "modern science" and "established science" in "Measles Proves Delicate Issue to G.O.P. Field," a front-page story.

But Alex Berezow at Real Clear Science concluded his article on a Centers for Disease Control list of vaccine exemption rates in each U.S. state with this summary: “Anti-vaxxers are clearly more associated with the political Left.”