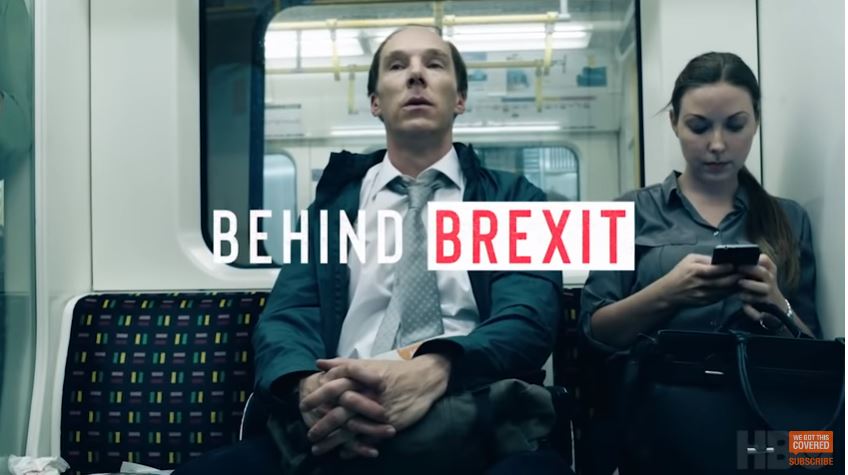 Reading James Poniewozik’s New York Times review of Brexit, airing on HBO and starring Sherlock’s Benedict Cumberbatch as a consultant for the successful “Leave” movement, it’s clear he isn’t a fan of the choice British voters made in June 2016 (neither is anyone else at the paper).

Watching HBO’s “Brexit” as an American is like going to a movie with the knowledge that you’re living in the sequel.

But the parallels need little underlining: complacent establishments awakening too late to public anger; the exploitation of nativism and bigotry; and the frightening efficiency of social media as a way to surface grievances and weaponize them.

....Dismissing his clients’ desire to build a broad coalition, he insists on running a divisive campaign in which the difference will be made by angry Britons who don’t usually vote.

So people who didn’t usually vote, voted. A circumstance the Times in virtually every other context would consider a wonderful thing, given its obsession with alleged vote suppression by the Republican Party in the United States.

Despite its dark message, “Brexit” often has a swinging, heist-movie feel, even if the safe that’s being cracked is democracy. It walks through the methods of targeting people on social media by seeing what they click on (like a graphic that draws a menacing arrow from Turkey to the British Isles), then amping up the dog whistles and incitements.

The passions get more vicious and personal -- in a striking scene, a focus group devolves into screams, tears and racism -- until a pro-Remain member of Parliament is murdered.

Poniewozik conveniently washed his hands of actually fact-checking the film.

In Britain, the film has been criticized on points ranging from its portrayal of Leave voters to its wading into charges of election manipulation that have yet to be officially investigated. I don’t claim to be able to vet its depictions of these events, much less its behind-the-scenes details. But taken as a broad statement, rather than a factual account, Brexit” is sobering if dramatically flawed.

Poniewozik has a pattern of rating shows and movies based on how anti-Trump or politically correct they are.

In April 2017, he joined the crowd in hyping Hulu’s “The Handmaid’s Tale,” based on Margaret Atwood’s novel. The Trump-baiting headline read: "Making Dystopia Fresh Again -- Drawing on an Atwood novel that feels newly relevant.”

In February 2017, he glibly proclaimed that the post-Super Bowl pilot episode of the reboot of action thriller 24 was a “one-hour Super Bowl ad for Islamophobia.”

Reviewing the second season of Amazon’s adaptation of Philip K. Dick’s The Man in the High Castle in December 2016, Poniewozik made an admittedly tired reference to Nazism, and passed on this dubious fact: “In New York City alone in the weeks since the election of Donald J. Trump, the police reported more than double the number of hate crimes over the same period the year before, particularly against Jews and Muslims.” (He might want to check in with his colleague Ginia Bellafante).