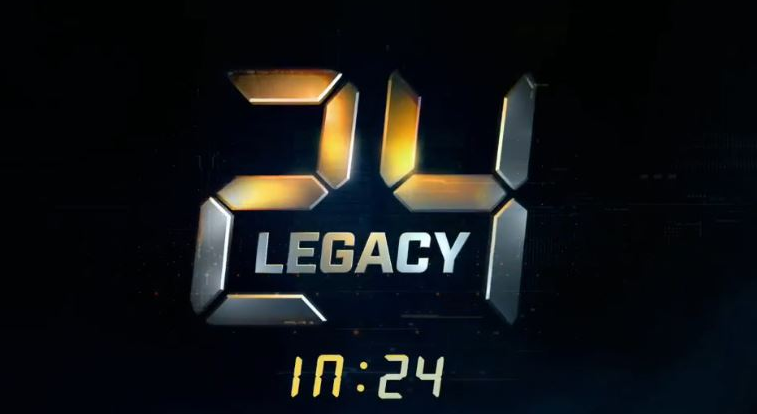 On the front of the paper's Friday Arts section, New York Times TV critic Neil Genzlinger checked out the reboot of the popular serial thriller “24,” making its debut after the Super Bowl Sunday night on Fox (Corey Hawkins is the new hero, replacing Kiefer Sutherland).

But Genzlinger was less concerned about the action and more about the show's supposedly anti-Muslim messaging in this sinister Trump era: "...certain people, including some now working in the White House, can’t, or won’t, separate the real from the fake when it supports their interests or beliefs...an insidious part of human nature thrives on having somebody to hate."

Until the Trump presidency became a reality, the main order of business in any review of “24: Legacy” would have been to assess whether the franchise is still viable without Jack Bauer, Kiefer Sutherland’s memorable counterterrorism operative, as its lead character. Now, though, and especially given the events of the past week, it’s the show’s chosen villains, not its hero, who demand attention.

That’s because a good number of them speak in foreign accents, and some embody President Trump’s bogyman of the moment, the radical Muslim terrorist.

This round of “24” begins Sunday night on Fox after the biggest lead-in television can offer, the Super Bowl, and the first thing viewers will see is foreign terrorists ransacking a home whose owner, an Army Ranger, is tied to a chair and covered in blood. The intruders have already killed his wife and child. “This is for Sheik Bin-Khalid,” one of them says before shooting the ranger in the head.

The premiere was filmed back when it seemed unlikely that Mr. Trump would be elected -- it was screened in New York on Nov. 7 -- but the opening moments play as if they were scripted to support the immigration restrictions he imposed last week. The series grows considerably more layered as it goes along, with the panoply of villains encompassing a variety of demographics, yet the choice of a bin Laden surrogate as the starting point is sure to reignite the debate over the demonization of Muslims that “24” has encountered before.

The new story branches quickly into multiple threads in classic “24” fashion, briefly visiting a high school that might be linked to a sleeper cell and also setting up possible romantic entanglements. Before pursuing his enemies, Eric drops off his wife, Nicole (Anna Diop), for safe keeping with his brother, Isaac (Ashley Thomas), a heavily armed drug dealer whom she used to date. (All three characters are black, and yes, it seems fair to ask why the show couldn’t have a black hero without making his brother a stereotypical black gangster.)

So aside from Jack Bauer, all of the standard “24” elements are in place, including the big-budget look. Yet the terrorism aspect, for now at least, overshadows all. It should be noted that, at least in the first four episodes, the link between Bin-Khalid’s followers and Islam is merely implied, but there’s no doubt who and what are being invoked. (A different subplot involves a radical mosque.)

Previous seasons of “24” spread the nefariousness around -- villains included the Chinese, the Russians, Mexican drug cartels, American politicians and more -- and “24: Legacy” aims to be an equal-opportunity demonizer, too. Not all of the venal characters here have brown skin or foreign accents, and, in one thread, anti-Muslim bigotry, not radical terror, is the problem.

Broadly speaking, however, the world of “24: Legacy” is one in which Islam equals terror; radical Muslim operatives are everywhere; and no one can be trusted. Yes, the series is fiction, and yes, most TV viewers can distinguish between entertainment and reality.

He really got political in the final paragraph of the review.

But the stakes for this “24” seem weightier than for most previous versions, because two things are more evident now than they were the last time we saw Jack Bauer. One is that certain people, including some now working in the White House, can’t, or won’t, separate the real from the fake when it supports their interests or beliefs. The other is that an insidious part of human nature thrives on having somebody to hate.

Brent Bozell and Tim Graham questioned the paper’s priorities in a recent column:

But Hollywood’s treatment of the Christian majority never bothers The New York Times, which obsesses only over religious minorities, like the 0.9 percent of Americans that are Muslim, and have never suffered a fraction of the insults aimed at Christians on television.

Times correspondent Melena Ryzik began by complaining about the absence of Muslim characters other than shows focused on terrorism or “terrorist-adjacent” storylines. “Could that change now, after a divisive presidential campaign that included vows by Donald J. Trump to stop Islamic immigration? Or could it be more difficult than ever?”

To the New York Times, radical Islamic terrorism is a smaller problem than Islamic representation on entertainment TV. Ryzik assembled a gaggle of exquisitely Islamo-sensitive TV writers and show-runners to ponder how to create better pro-Muslim TV shows in the Trump era.

Included on the panel was the executive producer of 24, who frenetically denied any Islamophobia.

Ryzik asked, “The FBI has said that attacks against Muslims were up 67 percent last year. Do you have any anxiety about your shows being fodder for that?” Howard Gordon, who’s running a reboot of 24 for Fox, said “Absolutely yes.” He reported Muslim Americans trashed his show the first time around, saying: “Hey, I like your show, but you have to understand you’re contributing to this xenophobia by trafficking in this worst fear, this sort of basest fears.” Gordon says he wants to create an atmosphere of – get this – “vigilant empathy.”