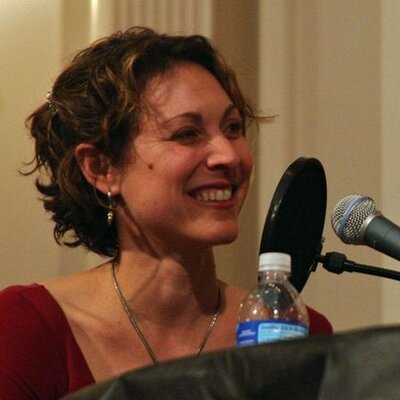 The New York Times' liberal bias is on display most vividly on the immigration issue. The first story in the August 23 edition of the Sunday magazine, by staff writer Emily Bazelon, "The Unwelcome Return of 'Illegals,'" scolds conservative presidential candidates for labeling illegal immigrants "illegals," while aligning the paper's own labeling philosophy with  left-wing amnesty activists like National Council of La Raza (Bazelon calls them a "Hispanic civil-rights group") that favor the softer term "undocumented." Bazelon also fretted about the government's official use of the term "wetback" in the 1950s, without noting the Times also threw it around in news accounts favoring mass deportation.

Ten years ago, the political strategist Frank Luntz issued a proclamation about the language of immigration. ‘‘Always refer to people crossing the border illegally as ‘illegal immigrants’ -- NOT as ‘illegals,’ ’’ Luntz instructed fellow conservatives. ‘‘Illegals’’ sounds harsh and spiky. As with ‘‘fatties’’ in high school, or ‘‘thugs,’’ it’s a way to write off a group and justify its mistreatment. Luntz says his research showed that ‘‘if you used the word ‘illegals,’ you didn’t get a chance to say anything else -- Latino audiences would turn you off.’’ Republicans have long respected Luntz’s messaging skills: This is the man who helped them write the Contract With America and pioneer the phrase ‘‘death tax.’’ Yet G.O.P. candidates for president have repeatedly ignored his warning.

The slight has become a primary-season refrain, brandished like a conservative calling card. ‘‘We need to keep illegals out,’’ Donald Trump said at the Republican presidential debate earlier this month after being reminded of his earlier claims that Mexico is sending rapists and other criminals across the border. The Fox News anchor Chris Wallace picked up the term in a question, and Mike Huckabee volleyed it back, claiming that the solvency of Social Security and Medicare was under threat from ‘‘illegals, prostitutes, pimps, drug dealers, all the people that are freeloading off the system now.’’ In 2007, Mitt Romney and Rudy Giuliani deployed ‘‘illegals’’ while debating the rights of undocumented workers, and Romney and Rick Perry used it four years later while tangling over who was mowing Romney’s lawn. ‘‘I’m running for office, for Pete’s sake, I can’t have illegals,’’ Romney sputtered.

Not even "illegal immigrant" was acceptable to Bazelon:

The more common phrase, ‘‘illegal immigrant,’’ also implies suspicion, but strip the noun from it and the entire identity of a person who crosses the border without permission, or outstays his or her visa, is reduced to that of a criminal: What rights could he or she be entitled to? ‘‘Illegals’’ becomes the noun, the insult and the dismissal. Designating immigrants as ‘‘illegals’’ also makes it easier not to see the frequent lawbreaking of employers who provide meager pay and unsafe working conditions. And ‘‘illegals’’ implies a permanent caste, as if there is no possibility of becoming anything else -- even if millions of immigrants in the course of American history have shown otherwise.

Bazelon did give an interesting history lesson, though a relevant part was left out:

In 1954, the country’s first large-scale deportations began, with military planes and buses swooping into border settlements and cities. It was called Operation Wetback, a derogatory term for people who cross the Rio Grande from Mexico. The official use of ‘‘wetback’’ seems bizarre now, but it was a mainstream term within government for decades. Conservatives like to point out that even the labor leader Cesar Chavez used ‘‘wetbacks,’’ along with ‘‘illegals,’’ in a burst of frustration over strikebreaking in 1972, when undocumented immigrants were brought by employers across the border to thwart unionizers....

But Newsbusters' Jeffrey Lord dug into the New York Times archives and found that while today's politically correct Times flinches over the use of the word "illegal" while discussing illegal immigrants, 50 years ago it was heartily in favor of deporting...."wetbacks"!

Yes, "Operation Wetback" was an actual government operation in the early 1950s, and the Times showed no compunction about throwing around the term while writing news accounts in favor of the program. Here's one sample Lord found, a headline and first two paragraphs from a June 1954 edition, which used the term "illegal alien" as well, also verboten in today's Times.

EL CENTRO, Calif. June 17 -- A specially marshaled force of more than 700 Federal officers fanned out over California today in a widespread round-up of Mexican border jumpers.

The drive to purge the state of tens of thousands of ‘wetbacks’ was a trial run of a new Government strategy aimed at permanently sealing the nation’s 2000-mile Southwestern boundary against a decade-long illegal alien influx that has reached a rate of more than a million entries a year.

Bazelon even admitted that the ideological drive behind the battle over terminology was to make illegal immigrants' "path to legal status...more tenable."

Advocates for immigrant rights see the relationship between how people talk and how the government acts and have proposed replacing ‘‘illegal immigrants’’ with ‘‘undocumented workers’’ or ‘‘undocumented immigrants.’’ ....If immigrants are principally defined by their missing papers, their path to legal status becomes far more tenable. Imagine if we started calling all immigrants ‘‘dreamers,’’ which is how many of us think of our own ancestors. The word has been adopted by young adults who came to the United States as children from the Dream Act, a bill that would give them a path to permanent residency, if it is ever passed.

The Times talks about "The Dreamers" every chance it gets, to the point of embarrassing itself by covering a four-person Dreamer march, while ignoring the annual massive March for Life virtually every year.

On the political right, ‘‘undocumented’’ has few takers. To conservatives, it smacks of soft-pedaling, which makes it difficult to see which safe and neutral terms Republicans trying to court both hard-liners and Latinos can fall back on. Media outlets are similarly searching for neutrality, and they’re not in accord. The Associated Press dropped ‘‘illegal immigrant’’ in 2013, soon after NBC News and ABC News. The New York Times announced it would encourage reporters and editors to ‘‘consider alternatives,’’ but ‘‘illegal immigrant’’ has shown up dozens of times in the paper in the two years since. The same goes for The Washington Post, CBS and The Wall Street Journal....

The amnesty-friendly phrase "undocumented" has indeed become the paper's preferred phrase over the last couple of years.

Bazelon damned moderate GOP candidates with faint praise by saying that Jeb Bush and Marco Rubio "didn't sound quite so heartless" as the others Repubilcan candidates when they spoke of fences and border enforcement. Still, Bazelon concluded: "And as the number of Latino voters grows, the party alienates them at its eventual peril."