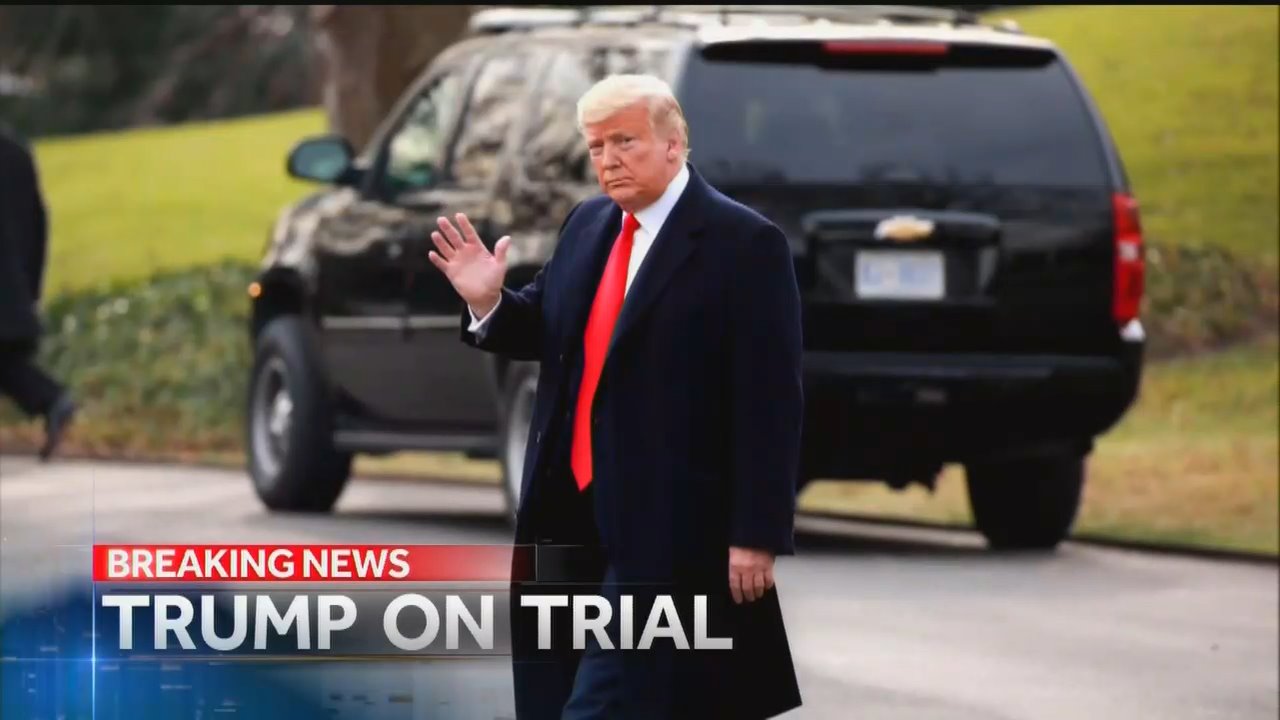 The national narrators of our politics love brandishing the word “historic” to describe the Trump impeachment process. But by now, it feels unexceptional, more like Chapter 27 of the Same Old Saga. In their overdramatic Trump narrative, the president is always a democracy-killing villain who is about to get his comeuppance.

Month after month, network evening-news coverage of the Trump presidency is notable mostly for its perpetual negativity. The impeachment trial in the Senate isn’t the slightest bit different. They spent more than two years “reporting” that a Russian collusion conspiracy would be exposed and prematurely end the Trump presidency. Now we’re nine months from Election Day, and Trump is still in charge…which means the beatings must continue.

Nicholas Fondacaro of the Media Research Center reported that in the first week of trial coverage, the anchors and reporters of ABC, CBS, and NBC offered 34 evaluative statements on the merits of the pro-Trump and anti-Trump sides. Twenty of the 21 evaluations of the Democrat House managers were positive. All thirteen evaluations of the Trump defense team were negative.

The editorializing is all in the adjectives and adverbs. On January 23, NBC anchorman Lester Holt touted “Democratic prosecutors, painting a damning portrait of the President, who they say abused his power.” NBC’s Peter Alexander robotically added “House prosecutors strongly defended the actions of both Joe and Hunter Biden, saying they did nothing wrong.”

They think Trump’s “perfect call” is ludicrous bombast, but claiming the Bidens did “nothing wrong” is stone-cold sober analysis.

On January 26, ABC reporter Kyra Phillips sounded upset. “Tonight, President Trump's legal team didn't even warm up, opening their defense straight to the point,” she announced. “Even getting personal, attacking lead House manager Adam Schiff, going after his summary of the President's phone call with Ukrainian President Zelensky at the center of it all.”

Wait. Schiff and the Democrats can’t be described as “getting personal” as they seek to get Trump fired? Why is it somehow treacherous and objectionable for Trump’s defenders to attempt to take apart Schiff’s case? This is how the dominant media talk.

Then there’s the complete imbalance in time allotted. In all, the networks covered the Democratic managers and their arguments for almost 25 minutes. That’s compared to 11 and a half minutes for Trump’s defense team. The most wildly imbalanced was CBS, which gave seven minutes and 42 seconds for Democrats and skimped on Trump’s team with two minutes and 26 seconds, a difference of more than three to one. NBC’s gap was more than two to one.

This overwhelming tilt is only the bias demonstrated during the traditional evening news hours. Now just spread that notion across hours of live coverage, unspooling on broadcast news and cable news,  and the unfairness multiplies.

The American people should point and laugh at the idea that the networks would argue it was essential for the Senate jurors to be nonpartisan in their weighing of the evidence. Our media elites are never objective. The stakes are always too high for even-handedness. The damsel of democracy is always tied to the railroad tracks, and it would be irresponsible not to do everything to save her from her distress.