Bozell & Graham Column: Media Yawn at the War on Christians

The secular media greet Christmas as a shopping season, and not as a special time for Christianity. They can devote hours of December "news" on which hot toys or gadgets would make great gifts, but not to segments on Christ and his birth.

The same applies to the persecution of Christians. The apathy shown by the pro-"human rights" media here is appalling. They can pile on the "news" stories about separating children from their parents at the border as un-Christian....but not butchering Christians. In some corners of the world, they are out to destroy Christianity itself. 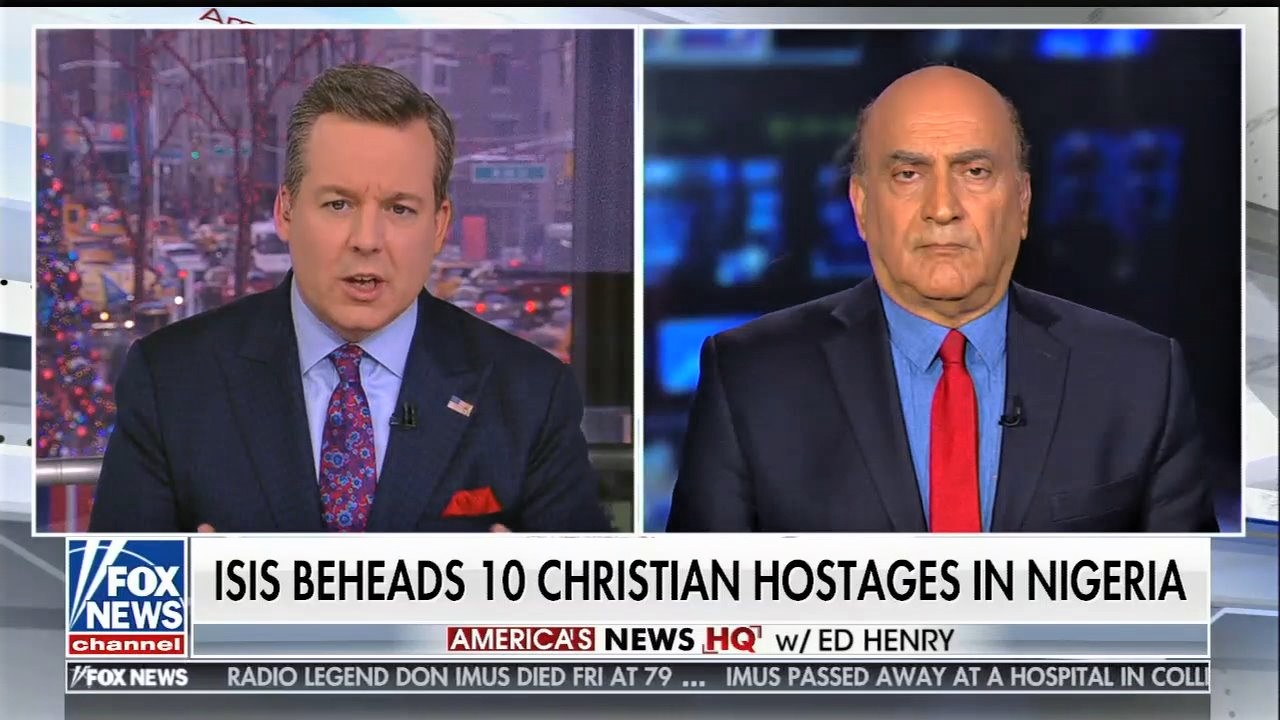 Some national newspapers can tell us what’s going on, so long as it's off the front pages. On December 28, The New York Times ran a story headlined “Affiliate of ISIS in Nigeria Releases Video of Executions.” Eleven were executed in revenge for Americans taking out ISIS leader Abu Bakr al-Baghdadi. The Times wouldn’t put the word “Christian” in the headline. Why? “A voice-over says the killings are a ‘message for Christians’ and that all of those killed were Christian, although Nigerian experts said some of them were probably Muslims, based on previous episodes involving the group.”

How serious was the news? This story was published on page A-8. There were dozens of stories more important.  Network coverage? It looks like ABC, CBS, CNN, MSNBC and NBC don't find the genocide of any particular import. They are ignoring it. Only that "right wing" Fox News seems interested, as if only conservatives care.

Speaking of Nigeria, The Wall Street Journal posted a commentary online by Bernard-Henri Levy titled “The New War Against Africa’s Christians.” It began: “A slow-motion war is under way in Africa’s most populous country. It’s a massacre of Christians, massive in scale and horrific in brutality. And the world has hardly noticed.”

And who notifies “the world”? The press somberly raises its hand, but writ large, it hasn’t really lifted a finger on this subject.

Levy met with survivors who offered blood-curdling details. “The mutilated cadavers of women. A mute man commanded to deny his faith, then cut up with a machete until he screams. A girl strangled with the chain of her crucifix.”

Back in March, we noted that anywhere from 120 to 280 Christians had been slaughtered by Islamist militias in Nigeria since February 9, and ABC, CBS, and NBC offered nothing. They might argue, and certainly some have, that they just don't have the resources to cover this kind of event. They'll tell us that once upon a time, the networks operated a series of international bureaus, with teams of reporters located in strategic areas around the globe, but that time has passed.

But that's poppycock.  Sure, today those bureaus simply no longer exist; or, if they do, they're shells. But that's not a reality thrust on them, it's one they've chosen. If they wanted to cover these horrors, they would apply the necessary resources. And if somehow that was a possibility, they could make arrangements with international news agencies to carry their footage. It's done all the time -- when they want to.

Were they in place today, the technology would allow the world to know of these atrocities within hours, even within minutes. God only knows how many lives might have been saved had there been international attention paid to the horror.

The problem is that this is old-fashioned news, and by and large, we're done with that. We are in the age of gossip, of chatter focused on giving the lowest common denominator within certain ideological guidelines. How can the public want what it doesn't know exists? So the genocide continues unabated.

It's the same story -- Trump -- told all day, every day on every network, broadcast or cable. It delivers the ratings, and that's all they care about.

It's important to recognize that for every minute spent on Trump gossip -- which is about 90% of it -- is a minute taken from what's important. In this case there is a genocide underway against Christianity, worldwide.

Sometimes we wonder how "journalists" sleep at night.