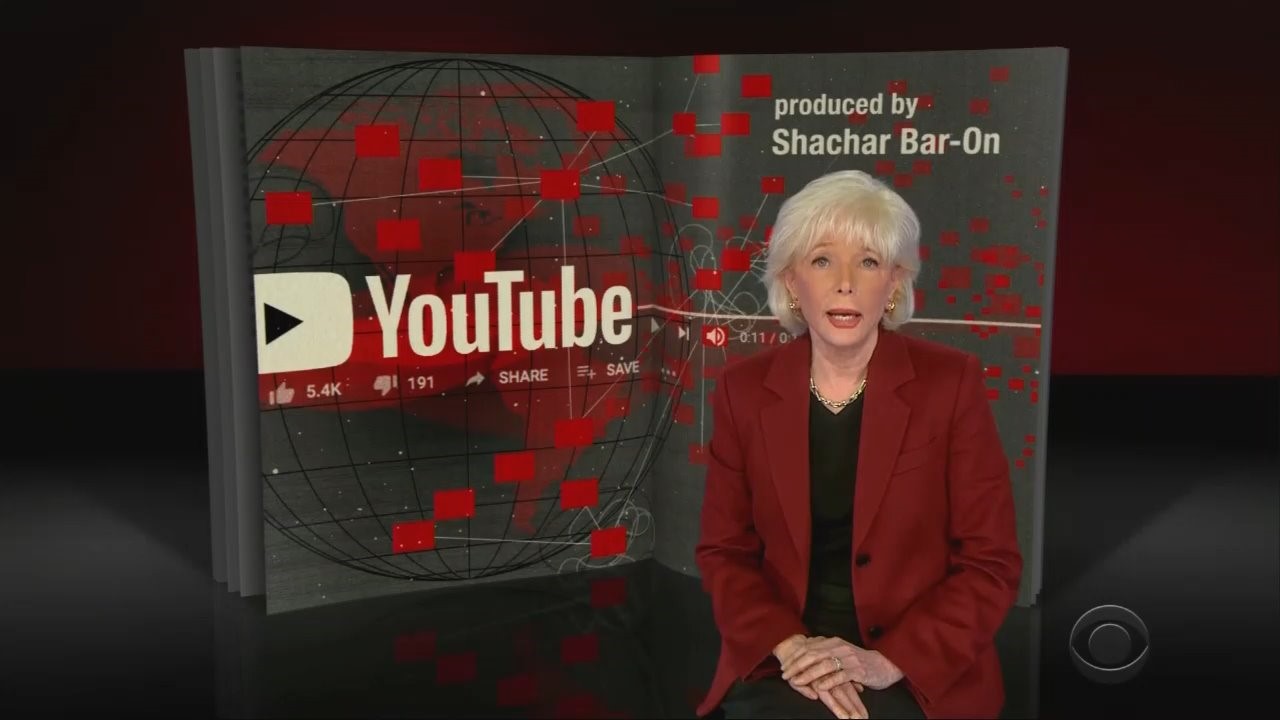 The other day, YouTube CEO Susan Wojcicki subjected herself to a hard-hitting interview with Lesley Stahl on CBS's 60 Minutes. Stahl lectured her for allowing “harmful” or “hurtful” speech to be posted on her platform, without any fact-checking. Welcome to the latest demonstration of the traditional “news” media mercilessly pounding away at social media for having the audacity to allow dissenting information that undermines their expert narratives and authority.

Wojcicki was far too polite to respond with incredulity. This is the same show that allowed Dan Rather to broadcast fake National Guard documents in an effort to derail the re-election campaign of George W. Bush. Then there’s Stahl herself  – the alleged guardian against harmful, unreliable information – who put author and convicted felon J.H. Hatfield on national TV in 2000 to claim George W. Bush was hiding an arrest for cocaine. On the 60 Minutes website, CBS admitted “scores of journalists have failed to corroborate his much-publicized accusation against the presidential candidate, and instead have found holes in it.”

Now Stahl is passing judgment on what is harmful.

The Old Media always fall back on their branding as “authoritative sources” to lecture everyone else. For example, Stahl complained to the YouTube CEO that their site hasn’t completely censored posts that dared to mention the name of the alleged whistleblower. The website Real Clear Investigations first reported it’s a man named Eric Ciaramella.

“The company keeps trying to erase the purported name,” Stahl lamented, but it’s “still there, which raises doubts about their system’s ability to cleanse the site.” Cleanse? To say the name is....filth?

Since then, numerous people, including Donald Trump Jr., have fingered this man Ciaramella as the one who met with Adam Schiff and set impeachment in motion. To suggest he isn’t the whistleblower is to stretch the rules of logic past the breaking point. What would an innocent man do? Answer: The only reasonable reaction. He’d deny it, possibly laughing in the process.  Only a guilty person would remain silent when named, over and over.

And it raises the next question. Did anyone in the media bother asking Mr. Ciaramella if he’s the whistleblower? It’s a simple question.

Leesa Donner at the Liberty Nation website posted a six-minute video where lawyer Scott Cosenza named Ciaramella in the first minute as “the person Washington believes” is the whistleblower.  Shortly after publishing the video, YouTube changed the designation of the video from “Public” to “Private,” meaning only those who are administrators of the Liberty Nation YouTube Channel could watch the video, effectively censoring it. YouTube did not inform Liberty Nation of the change in status, which means they had links that would simply read “404 Error.”

And yet, Mr. Ciaramella’s name is well-recognized as that of the alleged whistleblower. We are not familiar with a single person in Washington who has stated with authority his belief that this man is not the one. Point, set, match to Mr. Cosenza.

This liberal censorship is also happening on Facebook. Tim Pool was suspended from Facebook for using the name and linking to a Politico column by media critic Jack Shafer, who made the obvious point: “Journalists are supposed to report the news, not suppress it.” Facebook told Pool “Your post goes against our Community Standards on coordinating harm and promoting crime”.

Coordinating harm?? Promoting crime?? By this transparently political standard or protecting one party’s (or country’s) backstage operatives, the entire media are guilty, on one story after another, daily.