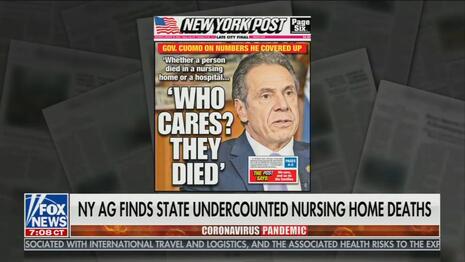 In the aftermath of findings from that the Andrew Cuomo administration underreported the number of COVID deaths linked to New York nursing homes and thus tried to cover up the deadly consequences of his decision to send COVID patients into such facilities, the more liberal networks have shown little interest in the story while Fox News has covered the bombshell extensively.

After the news first broke Thursday morning that the state's Democratic attorney general, Letitia James, had released her findings, almost all Fox News Channel shows gave it coverage, with most shows also updating their viewers on Friday after Cuomo tried to deflect the revelations in his daily press briefing on Friday. By contrast, only a few shows gave the story any coverage on ABC, CBS, CNN, MSNBC.

Not even Cuomo's "who cares? they died" response in the Friday press conference drew their attention. On Fox & Friends Saturday, Fox News media expert Joe Concha observed the media's double standard in downplaying the scandal against the Democratic governor:

For the last nine months, the media -- most of it anyway -- has ignored this story around putting COVID-19-positive patients back into nursing homes. It's like taking a blow torch to dry grass in terms of the spread and eventual death. The AP, as far back as August, talked about the undercounting.

On the broadcast networks, ABC has ignored the story completely while CBS gave it a total of one minute and 37 seconds, with Friday's CBS This Morning giving it one minute and eight seconds while the same day's CBS Evening News gave it 29 seconds.

Pivoting to cable, CNN's Brianna Keilar incredibly stood out since she not only was the first anchor on her network to break the story on Thursday, but she revisited the matter on Friday, devoting a 15-minute commentary to calling out Governor Cuomo (in a "Roll the Tape" segment normally used to lambaste Republicans).

Thursday's The Lead with Jake Tapper and Friday's New Day were the only other CNN shows to give the story attention between the hours of 6:00 a.m. and midnight Eastern.

Over on MSNBC, morning host Craig Melvin broke the story on his network on Thursday, and, after other MSNBC shows ignored it the rest of the day, on Friday, it was also covered by MSNBC hosts Stephanie Ruhle and Ari Melber. Morning Joe gave the matter a mere 20 seconds at the beginning of the show, with a promise of more later, but the subject was not brought up again.

In all, from Thursday morning to Saturday morning, between the hours of 6:00 a.m. and midnight, CNN gave the story 26 minutes and three seconds, while MSNBC gave it 12 minutes and two seconds.

By contrast, over the same time period, Fox News Channel fully covered the story, giving it more than 200 minutes. This might be why liberals are so eager to get cable companies to drop Fox -- they report the inconvenient news for Democrats.

As previously documented by NewsBusters, after the scandal first went public last year, liberal media outlets like CNN and MSNBC, if they bothered to cover the issue at all, tended to accept Governor Cuomo's attempts to dishonestly blame the Donald Trump administration even though Cuomo's administration did the opposite of what the Trump administration recommended in dealing with nursing homes.

Fox also informed viewers last May that Governor Cuomo's original order requiring nursing homes to take in COVID patients was suspiciously removed from the state government's website where other executive orders are displayed.

JOE CONCHA, FOX NEWS CONTRIBUTOR: The consistence, you gotta love here, at least, guys, right? Because, for the last nine months, the media -- most of it anyway -- has ignored this story around putting COVID-19-positive patients back into nursing homes. It's like taking a blow torch to dry grass in terms of the spread and eventual death. The AP, as far back as August, talked about the undercounting. And we're not just talking a mistake here, by the way, guys. We're talking about -- let's say you're off by double digits, right? Okay, it's a pandemic, things are crazy, it's a forgivable sort of accounting error, for lack of a better term. But when you get up to 4,000 undercounted, now you are talking no longer about a mistake, but about a cover-up -- about somebody who was trying to mislead people in terms of what actually happened with these poor folks as far as this story is concerned.

PETE HEGSETH: And if you want to uncover a cover-up, Joe, then what you need is a media willing to look into it. Instead what you've had is a media doing this.

LESTER HOLT [on NBC Nightly News, 03/27/20]: New York's Andrew Cuomo has become an outspoken voice in this crisis with his blunt and sobering assessments.

AMY ROBACH [on ABC's Good Morning America, 06/17/20]: You've been commended for your clear and calm leadership.

CHRIS CUOMO [on CNN's Cuomo Prime Time, 05/21/20]: Is it true that this was the swab that the nurse was actually using? [SCREEN WI[E] In scale this was the actual swab with that was being used.

HEGSETH: People were lied to -- people died. He misrepresented -- that's the coverage he gets.

CONCHA: During a pandemic, at the height of it. And we got to see Keeping Up With the Cuomos. He did 10 interviews -- Governor Cuomo did -- and the nursing home situation wasn't brought up once as it wasn't by other anchors on CNN or MSNBC or Jimmy Fallon or go down the line. This is the ultimate, if you're teaching a class, exercise in the bias of omission. Janice Dean shares a very interesting story just this morning, by the way.

She says, "So NBC and Lester Holt censored one of my friends who lost a loved one in a nursing home. She wanted to say, "Andrew Cuomo failed us," in the interview, and they told her to say, quote, "New York failed us," instead. The mainstream is still protecting this guy. She calls it disgusting. I say it's time for Governor Dean -- and I don't mean Dean Warmer. I'm talking about Janice Dean, the weather machine over the political machine here in New York. But can you believe that story? I mean, it's believable -- that's the scary part.

WILL CAIN: Bloomberg columnist Eli Lake tweeted the following response to this story. He said: "I think it's safe to say at this point that Governor Cuomo conned national media on his COVID leadership. He made a horrendous decision on nursing homes and then covered it up on the death counts. Shame on him. But also shame on the journalists who couldn't stop swooning." I don't know if he conned the media, Joe. He conned the people of New York. That's who he conned. 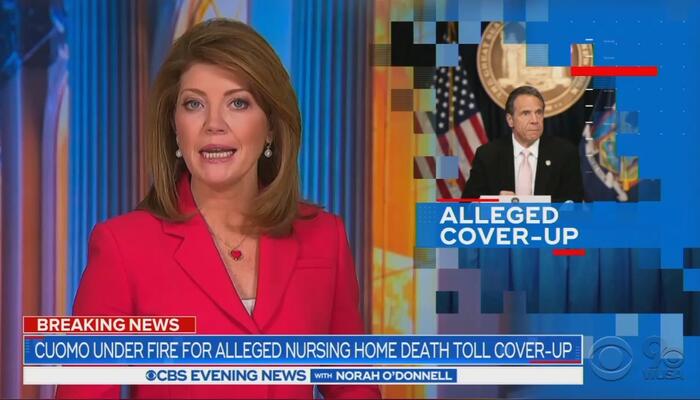 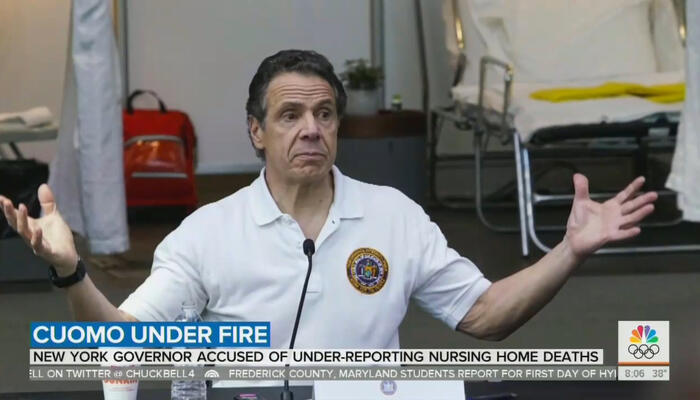 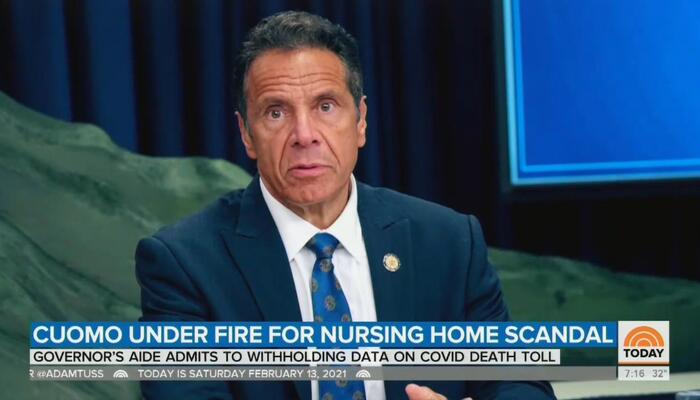 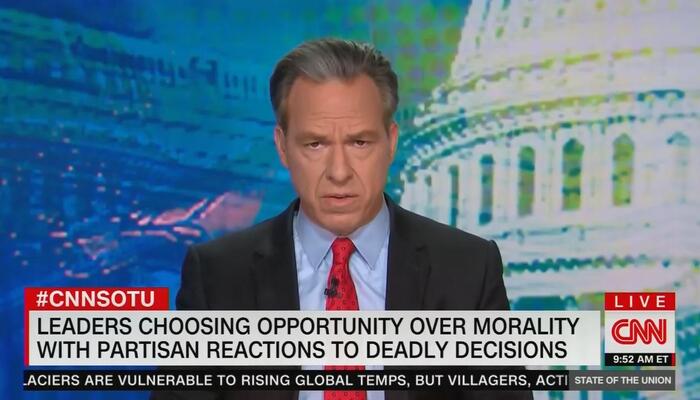 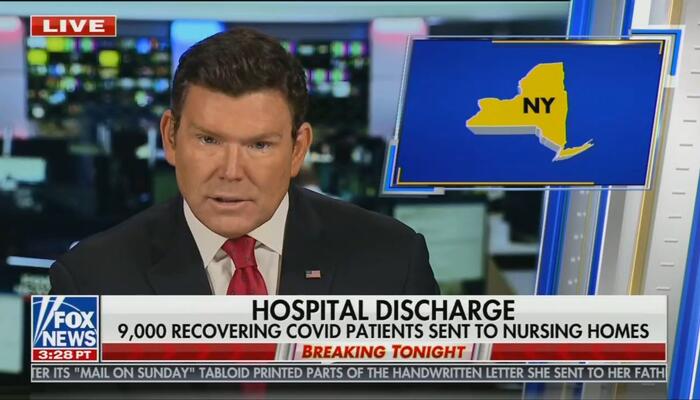 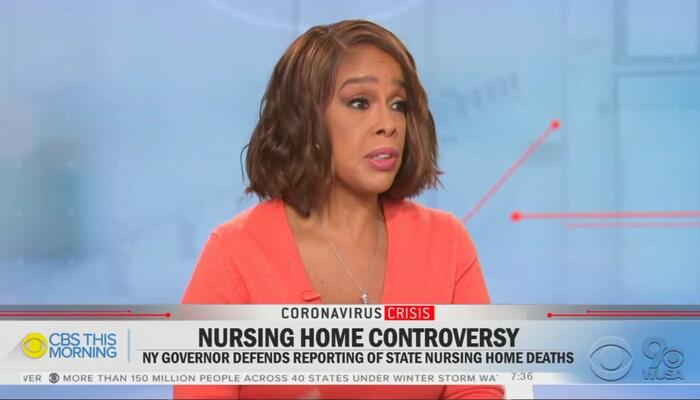 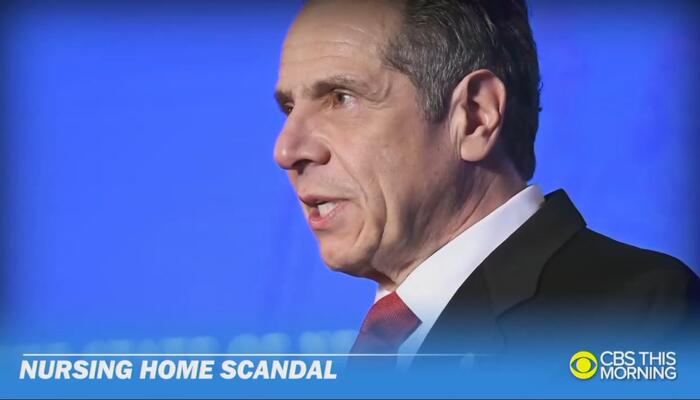 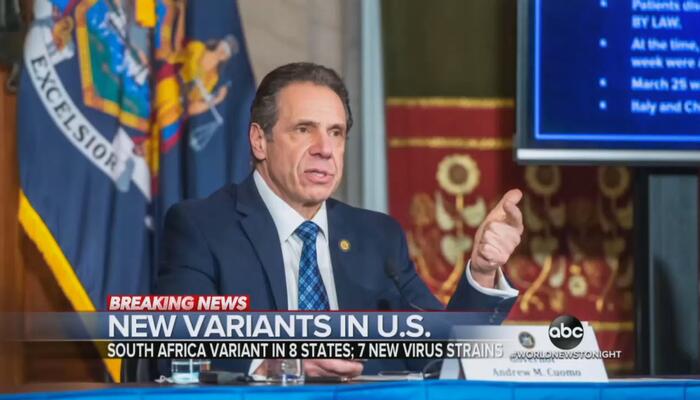 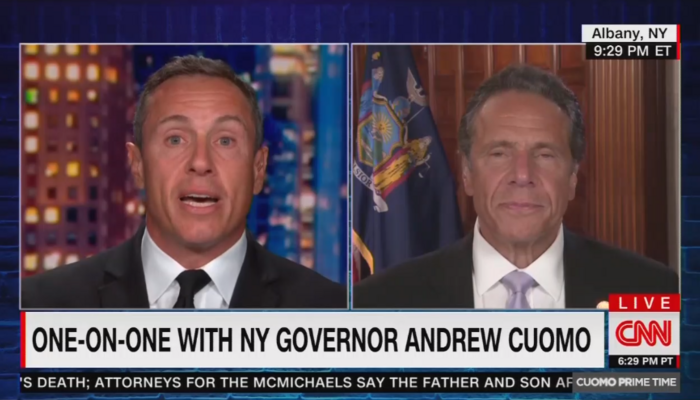