On Saturday's PoliticsNation show, MSNBC contributor Zerlina Maxwell made her latest foray into throwing around accusations of racism as she claimed that President Donald Trump's use of the word "Obamagate" is "the new birtherism " and suggested that the word is code for "He is a black president."

After conservative contributor Hugh Hewitt carefully explained that the term "Obamagate" refers to the Obama administration improperly unmasking incoming National Security Advisor Mike Flynn to destroy Trump's transition and leave some "time bombs" behind for his presidency, Maxwell avoided the entire substance of the scandal and just threw the Race Card:

ZERLINA MAXWELL: There's no conspiracy if the allegations are true. Michael Flynn admitted he did what is alleged. Obamagate is essentially a new birtherism. It's essentially shorthand for trying to be opposed to Barack Obama on every single front because he is a black President.

I think this plays into the part of Trump's base that does harbor discriminatory feelings towards black and brown people, and that has shown through his policy and their support for his policy. And so Obamagate is just another distraction  -- it's just another birtherism, Rev, and it's just completely unacceptable at a moment when we should be focused on the pandemic and dead Americans and a moment when Trump is incompetently handling that pandemic.

That clearly pleased Sharpton, who then cued her up to say it again, because once was not enough: 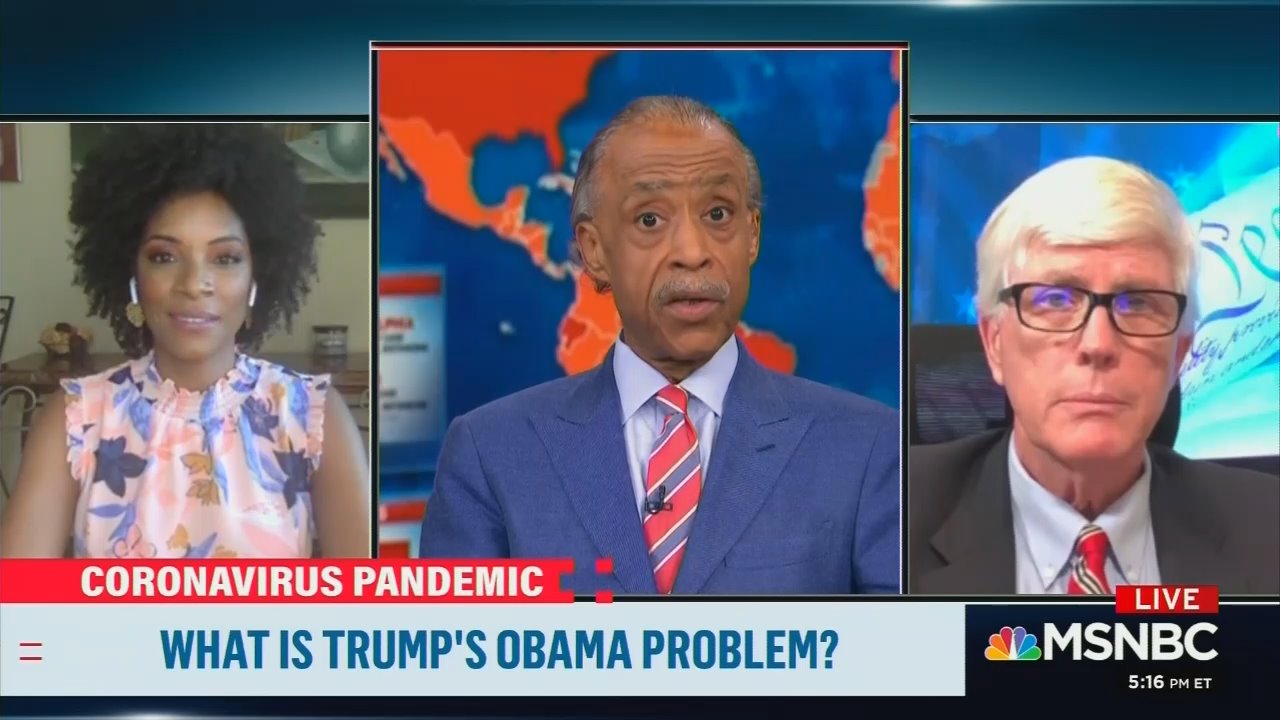 AL SHARPTON: Mister Trump started his 2016 campaign as one of the faces of birtherism, so are you feeling, Zerlina, as many of us do, that Obamagate is his new birtherism hoping that he can use the same kind of, using President Obama and the reference of race to try and get his campaign to in many ways incite this kind of "us against them" and forget that we're in the middle of a pandemic that he himself blundered in the middle of January till the end, and should have managed a lot differently?

So Al Sharpton is objecting to anyone inciting an "us against them" approach to race? He's incapable of reviewing his own career? He'd probably tell Michael Flynn that his mistake was you never admit you're guilty of lying, or anything else.

Maxwell repeated her charges of racism against Trump supporters who are concerned about Flynn's unmasking:

MAXWELL: That's absolutely right,  Rev. I think  -- essentially what I hear when I hear Trump or anyone else articulate that there is something called Obamagate, I hear them saying, "He's black." You should pay attention to the fact that you didn't like the fact that we had a black President.

As he tried to get in a word edgewise later in the segment, Hewitt told the liberals they should care about a peaceful transition of power, in case Biden wins: "I certainly hope no Republican acts towards him as James Comey and associated others in Obamagate acted toward President Trump."