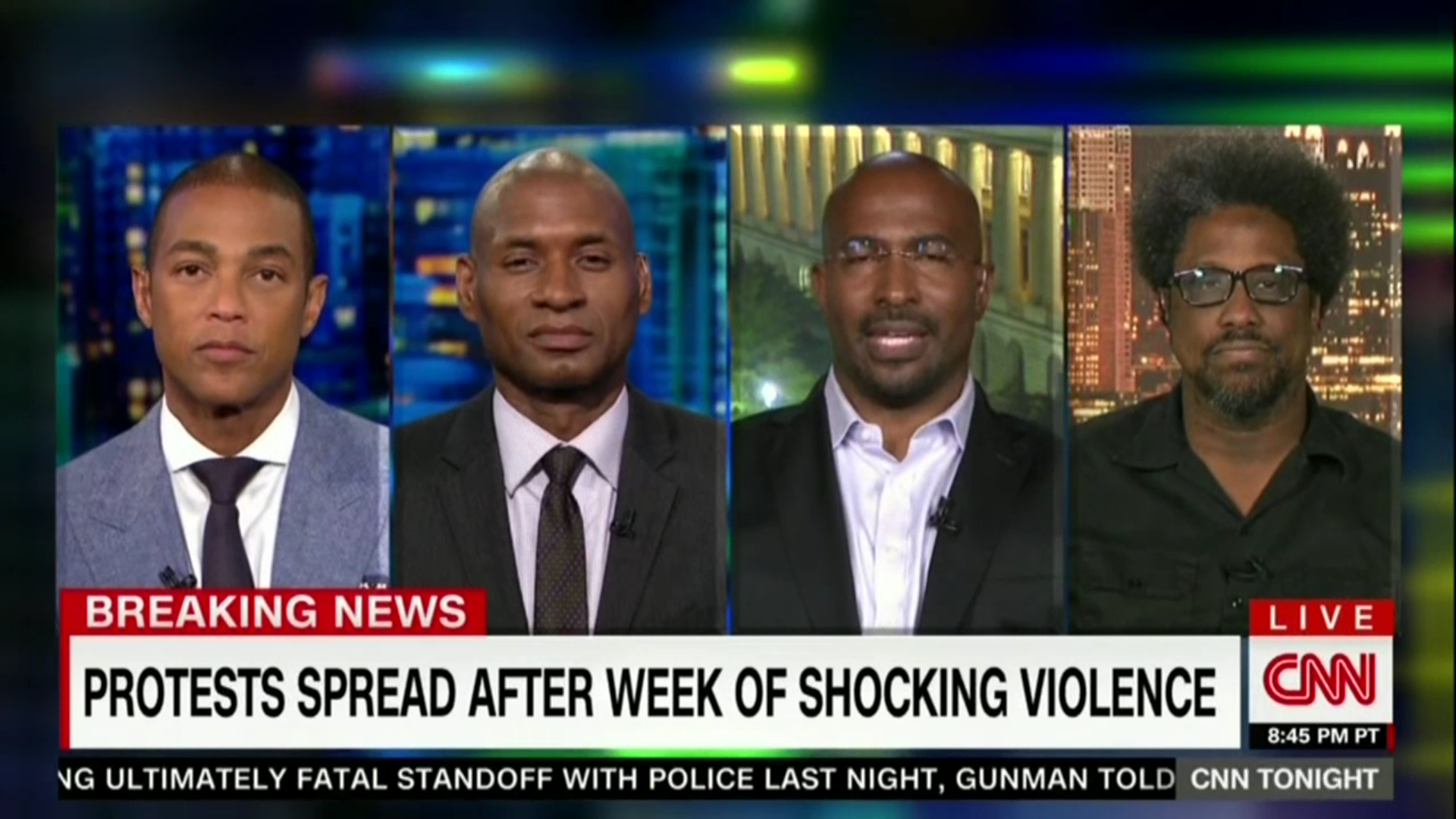 On Friday's CNN Tonight, during a discussion of former Illinois Republican Rep. Joe Walsh's appearance earlier in the show to discuss his recent tweet attacking President Barack Obama's criticisms of police activity, liberal CNN political commentator Van Jones incorrectly claimed that Walsh had shouted, "You lie!" as President Obama spoke to Congress in September 2009. Host Don Lemon even contributed to the misinformation by injecting, "You lie," before Jones even finished reciting his mistaken recollection.

But, in reality, it was a different Republican "Joe" -- South Carolina Republican Rep. Joe Wilson -- who shouted, "You lie!" as President Obama spoke to Congress, as Rep. Walsh was not even elected to Congress until November 2010. Fellow panel members and CNN personalities Charles Blow and W. Kamau Bell both failed to pick up on Jones's error as Bell even nodded in agreement.

The liberal CNN commentator also recalled a faulty timeline as he claimed that, at the time of the "you lie" outburst, President Obama had not yet spoken out on racial issues when, in reality, in July 2009 -- two months before his speech to Congress -- Obama publicly asserted that the police officers who arrested African-American Harvard Professor Henry Louis Gates "acted stupidly."

At about 11:45 p.m. ET, Lemon seemed exasperated as he recalled the earlier segment with the former Republican congressman:

And to Charles's point where he says, I think, Charles, you're exhausted sometimes from trying to educate people or pull people up or show them why they may have biases or whatever. I mean, that was a difficult exchange with Joe Walsh, but sometimes I welcome that, but I can understand how you can get tired of it.

Slamming Walsh's appearance on the show as "disgusting," Jones jumped in:

Can I just say something about Joe Walsh? I mean, one of the things I thought was particularly disgusting about his appearance was that he starts the clock running for when America goes to hell at Ferguson and what President Obama said about Ferguson. But he insulted the President of the United-

-States by -- he stood up on the House floor and screamed out, "You lie," to the President of the United States within the first six months of him being in office. I would say that's when America started going off the rails. If you want to start trying to -- if words matter and conduct matters, having an unprecedented show of disrespect to a sitting President within the first six months -- he hadn't said anything about Ferguson or Trayvon or anybody, and that's where -- so I thought it was particularly galling to hear that from him. And I think that we have to recognize that there's a certain section of people in the country that are just not willing to be self-critical at all.

The liberal CNN commentator then added:

It's amazing to me. I was very proud actually of the mother who said, "I'm not going to forgive today." In Charleston, you had all those black people shot up, and the first thing they said is, "We forgive," and everybody praised them for being forgiving. We never had the conversation about this new rise of racist, violent groups. She said, "I'm not going to forgive," and she refused to play into that role. And I thought that was very, very good.