MSNBC Uses Reagan to Spank GOPers, Wanted to 'End' Cold War 'Not to Win' It 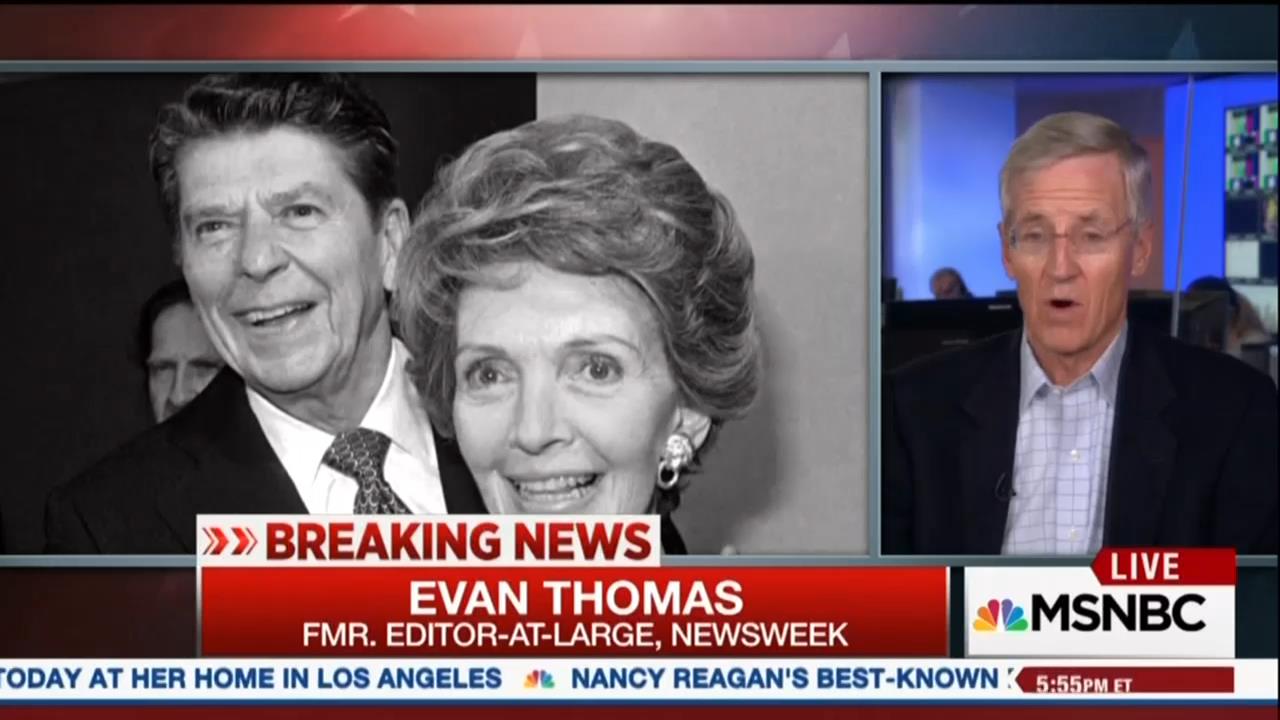 After Thomas asserted that Reagan and Nixon "are rolling over in their graves" and recalled that Nancy Reagan encouraged her husband to engage in talks with the Soviet Union, Matthews ended up oddly claiming that the Reagans knew "the purpose of the Cold War was not to win it but to end it," as if paving the way for ultimately driving the Soviet Union's influence out of Eastern Europe and other countries and pushing Moscow out of 14 of the 15 Soviet former Soviet republics could not be considered a "win" by the U.S.

At 5:55 p.m. ET, Matthews raised the issue of current politics:

Well, let me ask you, Evan, come here, you just did a great book on Nixon, and talk about this just briefly, the direction of the Republican party. How about that for a current event question? Take it from Nixon to Reagan to now. Where are we headed?

Thomas painted the current party as out of step with past Republican presidents as he began:

The current crowd, it's hard to say. Maybe Trump will turn out to be a deal maker, you know, no one really knows because he's never had the job before, not in public life. I'm sure that Nixon and Reagan would be worried today.

Without acknowledging the role that placing military pressure on the Soviet Union had in undermining the communist empire, Matthews portrayed President Reagan as not trying to "win' the Cold War:

I think the Reagans, Nancy and Ronald Reagan understood the purpose of the Cold War was not to win it but to end it -- to end it, that was the goal. Not taking Moscow like taking Berlin or Tokyo. It was to end the war peaceably, and they did it. And they get a lot of credit, and they deserve it.