Appearing as a panel member on Friday's Real Time with Bill Maher, comedian Jay Leno compared GOP presidential candidate Donald Trump to Adolf HItler as the group discussed Trump's talk of requiring all illegal immigrants to leave the country before being considered for reentry.

After complaining about President Dwight Eisenhower's mass deportation of illegal immigrants from the 1950s, the former NBC host made his Hitler reference as he added:

But Trump made it sound like, like HItler. "Well, the Jews have so much, we'll put them over here for awhile. And then you can have his store. He doesn't need the whole floor of Macy's. Let's give a floor to this other guy."

A bit later, as host Bill Maher was doing a recurring segment called "I Don't Know It for a Fact, I Just Know It's True," when Dr. Ben Carson was brought up, Leno jumped in to crack that the GOP candidate's website is called "Black Lies Matter."

Also of note, as Leno recounted President Eisenhower's mass deportation of illegal immigrants, he recalled that 88 died in the desert after being deported, but did not mention that in modern times, illegal immigrants sometimes die in the desert while making the journey back and forth from the porous border between the U.S. and Mexico, a problem that increased border security would alleviate.

Below is a transcript of relevant portions of the Friday, November 13, Real Time with Bill Maher:

BILL MAHER: I want to ask about Donald Trump's self-deportation program. Did you catch that part?

JAY LENO: Yeah, that really, you know, Eisenhower, we like Ike, you know what that was called? It was called "Operation Wetback."

MAHER: What year are we talking about?

MAHER: See, that was new to me. 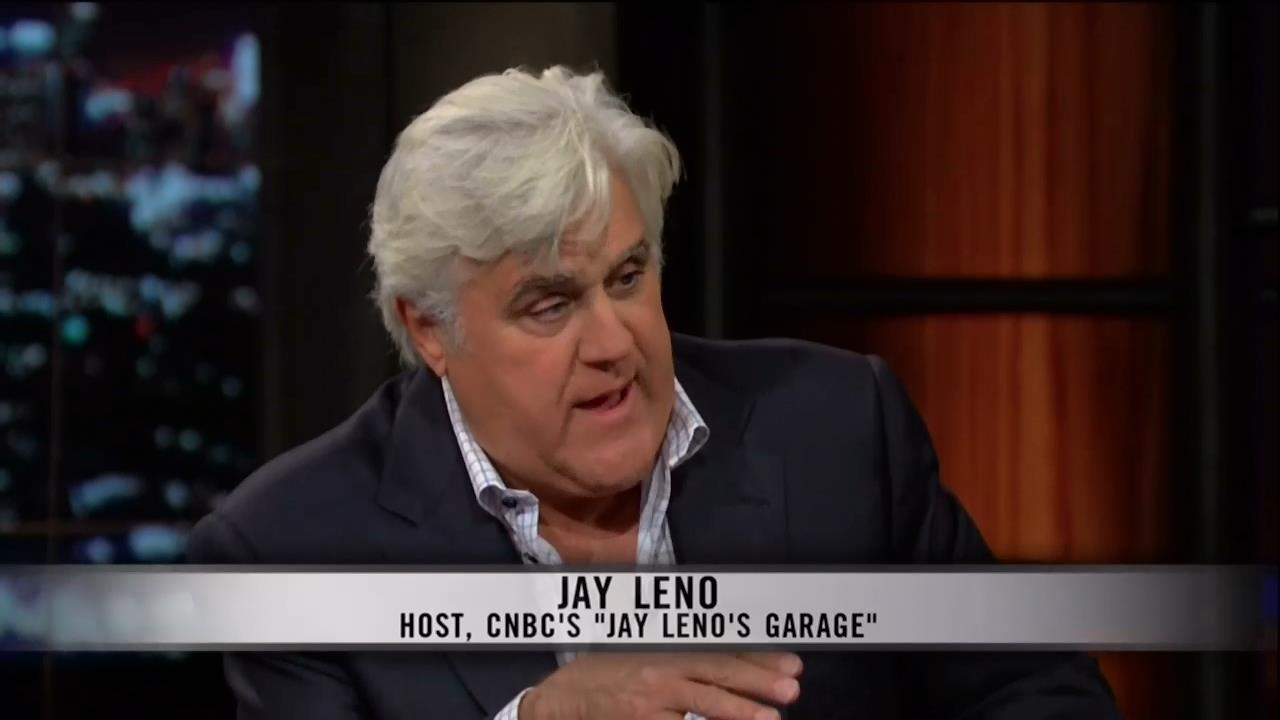 LENO: I can remember this because I'm not much older than you, I was a little kid. No, I do remember that, and there was a guy named Brownell who was the Attorney General at the time.

And you know what he wanted to do? Shoot them at the border. No, no, this is real. He wanted to just go down there, kill a bunch of them, and that would stop-

MAHER: He would have the nomination in a heartbeat tomorrow.

LENO: No, but it shows you how times changed. I mean, when they rounded up all those people, Trump didn't mention 88 of them died. Most of them were rounded up and left in the high desert. Some starved to death. And some died from (INAUDIBLE)

MAHER: That someone would hold this up, this pre-Civil Rights program, as what we should be doing?

LENO: But Trump made it sound like, like HItler. "Well, the Jews have so much, we'll put them over here for awhile."

LENO: "And then you can have his store. He doesn't need the whole floor of Macy's. Let's give a floor to this other guy."

MAHER: I don't know for a fact that Ben Carson has literally been sleepwalking the whole campaign, and doesn't know he's running for President.

LENO: You know what?

LENO: Oh, I was just going to tell you what his website is called: "Black Lies Matter."