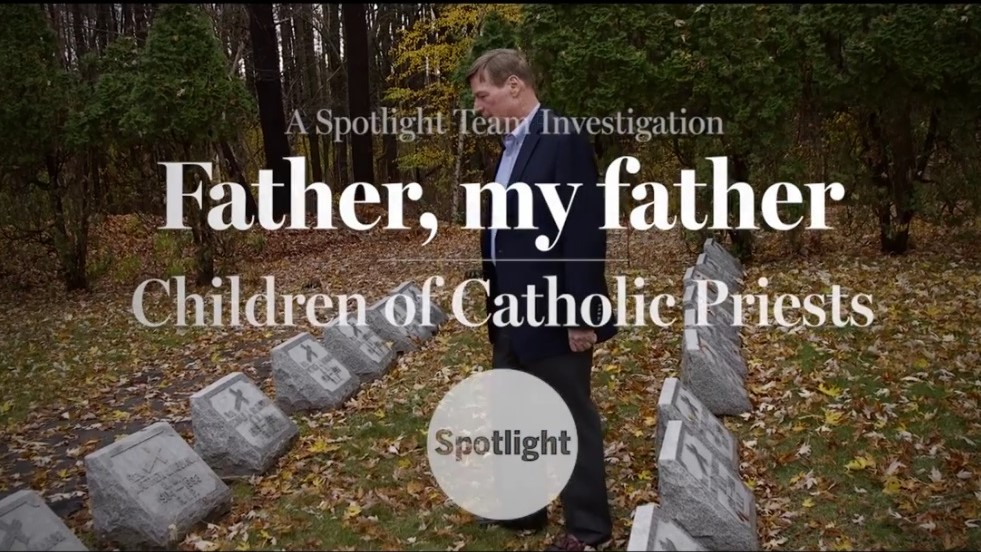 The Boston Globe's "Spotlight" team is out with another attack on the Catholic priesthood: this one a two-part series on "Children of Catholic priests" who "live with secrets and sorrow."

Using a few highly publicized cases, and several anecdotal stories, reporter Michael Rezendes concludes that by "any reasonable measure, there are thousands" of children around the world "who have strong evidence that they are the sons and daughters of Catholic priests." Yet as he acknowledges, with over 400,000 priests worldwide, even if the unsubstantiated "thousands" estimate is accepted, that could amount to as little as one percent or less of priests having fathered a child. And as he further acknowledges, some of these priests "took their responsibility seriously."

So the question arises: Is the phenomenon of priests fathering children, then neglecting or abandoning them—while clearly sinful and morally wrong—so singularly egregious as to warrant such an exclusive exposé?

How do these speculative numbers and percentages compare with Protestant, Jewish or Muslim clergy illegitimately fathering children, then neglecting or abandoning them? We don't know, because Rezendes and the Globe show no inclination to investigate any clergy other than Catholic priests. To do so might undermine what is clearly part of the agenda here: to attack the Catholic Church's rule on priestly celibacy. Neglected children of priests, Rezendes writes, "are the unfortunate victims of a church that has, for nearly 900 years, forbidden priests to marry...."

And what of our secular culture? Citing the U.S. Census Bureau, the National Fatherhood Initiative reported recently that "24 million children, 1 out of 3, live without their biological father in the home." And "millions more," notes the  National Center for Fathering, "have dads who are physically present, but emotionally absent."

"If it were classified as a disease," the National Center for Fathering observes,   "fatherlessness would be an epidemic worthy of attention as a national emergency."

But that is apparently not worthy of the attention of the Boston Globe's "Spotlight" team. They would rather focus on the apparently tiny minority of Catholic priests worldwide who have fathered and neglected their children, than on the epidemic in our own country that has left fully one-third of American children growing up without fathers.