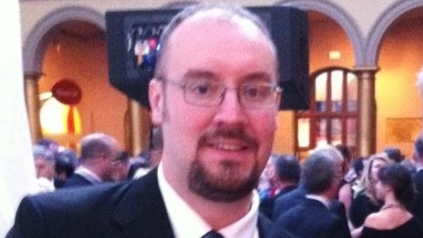 Ken’s been with the MRC since he started as an intern in the fall of 1998, and graduated from the University of Maryland in 2001. A native of Severn, Maryland, he now lives in New Carrollton, Maryland with his wife Laura and his children Mercy and Abraham.

The nominations are made based on a blogger’s body of work. (Ken’s blog is here.) The other nominees for Nonprofit Blogger of the Year were David French of the American Center for Law and Justice, Charlie Kirk at Turning Point USA, and Jim Pethokoukis of the American Enterprise Institute.

Feel free to shoot Ken some congratulations for this award at @KenShepherd on Twitter (and follow, please).

Other alums of NewsBusters were nominated for Best Investigative Post of the year:

Congrats to Lachlan for joining Ken in the winner's circle.