Here’s a question: how can you tell when you are reading “news” from the Huffington Post?  Answer:  When both views on a highly controversial topic are NOT given…meaning, only the liberal view.

Case in point: An article Samantha Lachman at the Huffington Post wrote on Monday about the Federal appeals court declaring a North Carolina law requiring abortion providers to show a woman the ultrasound and describing the images in detail before going through an abortion as unconstitutional.

The Center for Reproductive Rights, which challenged the law along with the Planned Parenthood Federation of America and the American Civil Liberties Union, lauded the court's decision.

"We're thrilled that the appellate court rejected this unconscionable attempt to intrude on the doctor-patient relationship," Nancy Northup, the group's president and CEO, said in a statement. "Exam rooms are no place for propaganda, and doctors should never be forced to serve as mouthpieces for politicians who wish to shame and demean women." 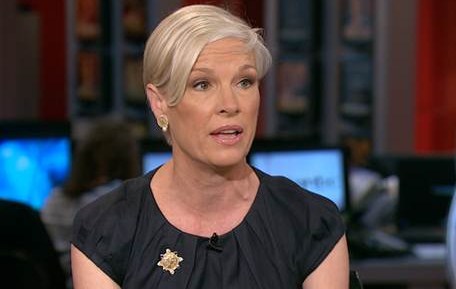 Cecile Richards, the president of the Planned Parenthood Action Fund, said the decision "sends a message to lawmakers across the country."

“Abortion in America today is safe and no doctor should be forced to deliver government mandated information that has nothing to do with promoting women’s health." Richards said in a statement. "Politicians are not medical experts — but politicians have written this law with the ultimate goal of restricting access to safe, legal abortion."

Twenty-three states regulate the provision of ultrasound prior to an abortion, according to the Guttmacher Institute. Those laws vary, however, in scope. Not all states require the abortion provider to show the patient the ultrasound image, and North Carolina was in the minority of those states that did so with its legislation.

However, the Huffington Post failed to get the other side’s point of view.  They could’ve easily gotten quotes from Priests for Life, National Right to Life Committee, Pro-Life Action League, American Life League, Susan B. Anthony List, Eagle Forum….the list goes on and on and on.

Here’s a glimpse of what the “other” side could have proclaimed, or “their” points of view.

What is so wrong about having an ultrasound before making the life AND death decision of having an abortion?   How is it so different from when a doctor tells a patient they have cancer, and then showing the location and size of the tumors?  What about when someone has a broken bone?  An X-ray is shown.  So what is so different from viewing an ultrasound before/after making the decision to abort a child?

It’s been proven that many women shown an ultrasound of their baby before or after making the decision to get an abortion, choose NOT to have that abortion.  How is viewing an ultrasound deemed medically unnecessary?  If anyone takes the time to read what happens during an abortion, to the baby (or “fetus” as the left so loves to use in helping to view “it” as something other than a living and breathing baby), or takes the time to watch “The Silent Scream” which shows an abortion in two different ways, one from an ultrasound, and the other the actual surgical procedure of ripping, tearing, sucking and pulling the baby from the mother’s womb.

If anything, an ultrasound would and should be deemed medically necessary considering the invasive and destructive nature abortion has on a woman’s body (and that’s not even mentioning the emotional damage abortion causes a woman).  So, is an ultrasound REALLY unnecessary, or is it actually threatening to the pro-choice and Planned Parenthood community?

Of course, a reader wouldn’t get that side from the Huffington Post.  They aren’t concerned with any view differing from their own.  No, “news” sites like the Huffington Post are more concerned about passing off their view as “news” so readers can take it as face value.  Sort of like false advertising. Hey Huffington Post writers - let this be a little  lesson in Journalism 101 the next time you want to take on the issue of abortion.