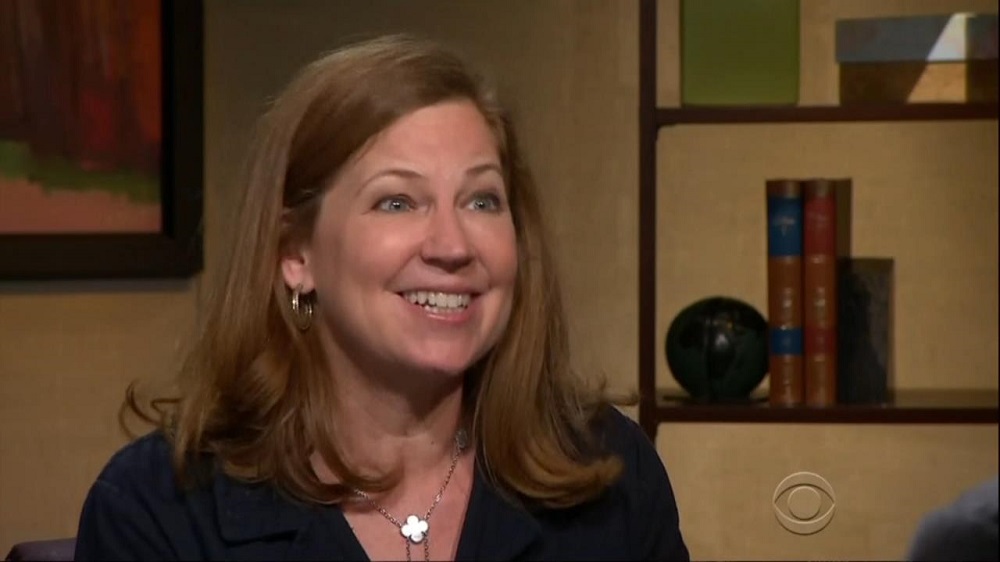 On Wednesday's CBS Evening News, Jan Crawford hyped the latest "dust-up between the musician and the politician," and underlined that "rare is the Republican candidate who isn't told to stop the music – even if...they paid licensing fees." She asked a GOP strategist, "Why is it it's always Republicans who are getting slammed by the musicians for using their songs?" [video below]

Crawford aired a similar report earlier in the day on CBS This Morning. The correspondent failed to mention the one recent incident involving a Democratic presidential candidate. Back in 2008, then-Senator Barack Obama's campaign stopped playing Sam Moore's "Hold On, I'm Comin'," after the singer wrote, "I have not agreed to endorse you for the highest office in our land....My vote is a very private matter between myself and the ballot box."

Anchor Scott Pelley led into the segment by noting how "in 1996, the singers Sam and Dave did not appreciate Bob Dole tinkering with their song, 'Soul Man.' In 1960, John Kennedy used a rewrite of Sinatra's 'High Hopes' – but Sinatra approved it and sang it." Pelley continued by noting how the Donald Trump's music at his presidential announcement on Tuesday "may have cost him the 'young' vote."

Crawford then outlined how Trump, along with past and current Republican candidates, have clashed with liberal musicians:

JAN CRAWFORD (voice-over): For Donald Trump, is may have seemed like the perfect song for a presidential announcement – (clip of Neil Young singing, "Rockin' In the Free World") a classic anthem about freedom. But Neil Young was not happy Trump used the song, 'Rockin' in the Free World;' and this afternoon, put out a lengthy statement on Facebook, saying, 'I make my music for people, not candidates.'

Jim McLaughlin is a GOP strategist.

CRAWFORD (on-camera): Why is it it's always Republicans who are getting slammed by the musicians for using their songs?

JIM MCLAUGHLIN, REPUBLICAN STRATEGIST: I think, quite honestly, because a lot of the musicians are left of center.

CRAWFORD: They'd be okay if the Democrats used it.

MCLAUGHLIN: It's good for business. There's a lot of liberals in Hollywood, and those liberals tend to support Democrats. 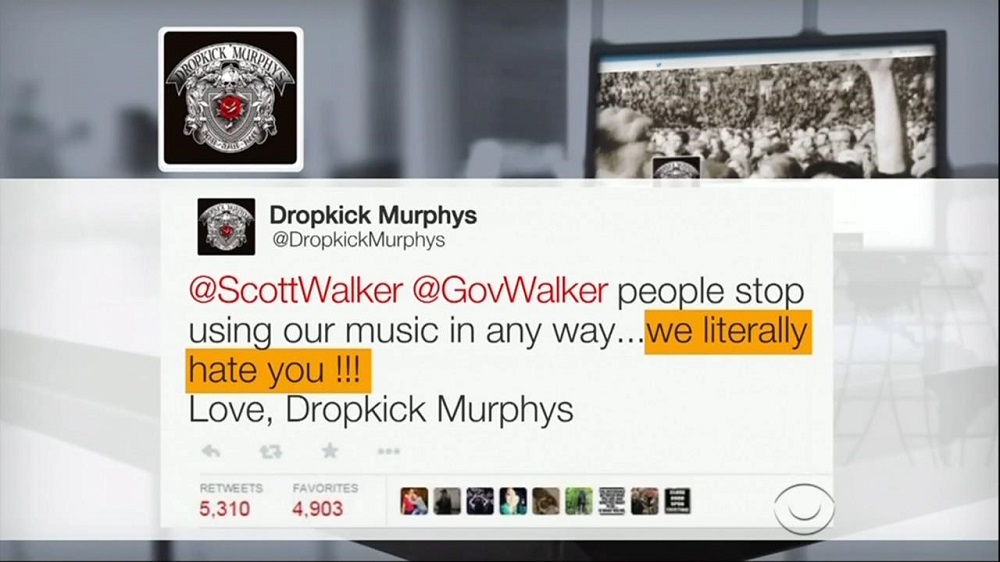 CRAWFORD (voice-over): (clip of Dropkick Murphys' song "I'm Shipping Up To Boston") After Wisconsin Governor Scott Walker used music from the band Dropkick Murphys, they Tweeted at him, 'We literally hate you.' (clip of Survivor's song "Eye of the Tiger")

Four years ago, after the band Survivor complained, Newt Gingrich and Mitt Romney were forced to stop playing its song. And in 2008, John McCain ran into trouble when Jackson Browne sued him for using the song 'Running on Empty.' McCain apologized – but this presidential campaign already is showing one thing: conflict between singers and candidates is far from running dry. (clip of Jackson Browne singing "Running on Empty")

In her CBS This Morning report, Crawford spotlighted that "Democratic candidates, who tend to have a similar ideological leaning to the musicians, sometimes have an easier time with the music. Singer Katy Perry even offered to write a theme song for Hillary Clinton's campaign."