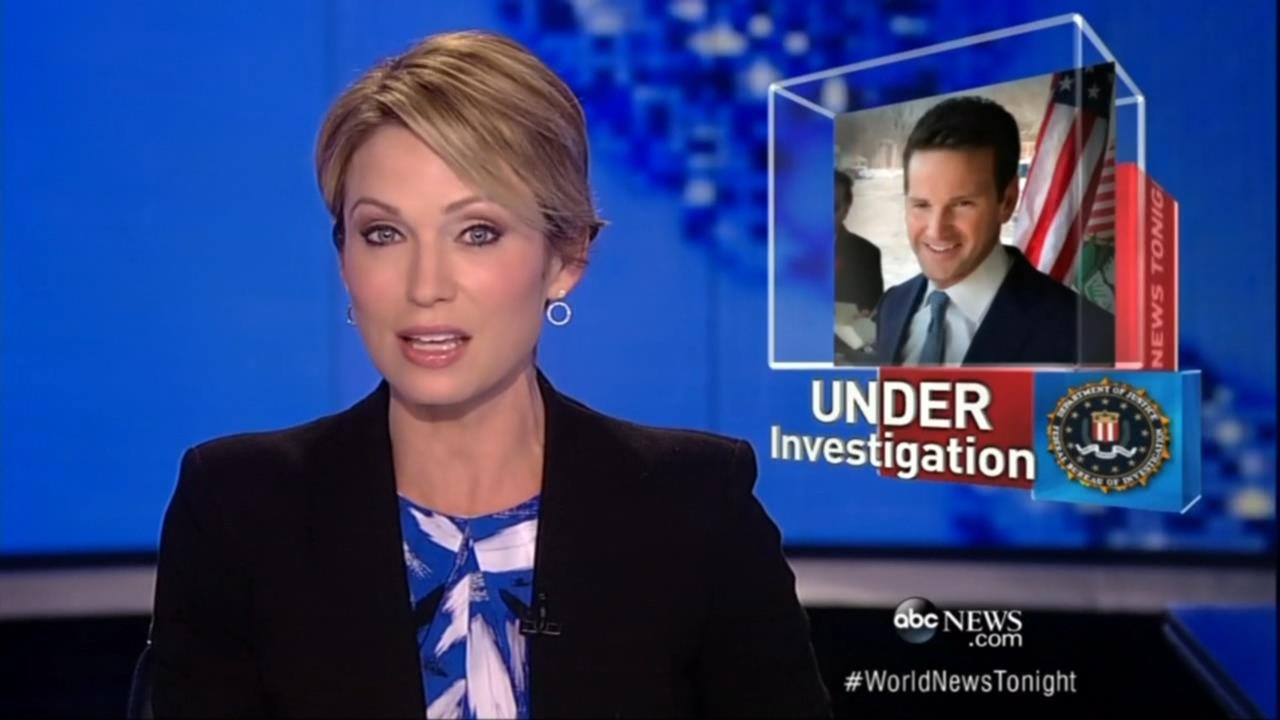 By contrast, the ABC evening newscast set aside just 30 seconds of air time to a congressional committee subpoenaing Hillary Clinton's e-mail server. NBC Nightly News also broadcast a 23-second news brief on this latest development in Mrs. Clinton's e-mail scandal. However, the program apparently didn't think this was as important as Monica Lewinsky's TED talk against cyberbullying and a young boy's reincarnation claims, as the NBC newscast gave each of these stories the full segment treatment.

NBC anchor Lester Holt pointed out during his brief that Clinton "has been hit with a formal request to turn over her private e-mail server to investigators. The request came in a letter from the head of the Republican-led congressional committee examining the attacks on U.S. diplomatic posts in Benghazi, Libya in 2012. Clinton has previously said the server is private and would stay that way. The letter gives Clinton until April 3 to respond."

AMY ROBACH: Hillary Clinton – that uproar over the use of her private e-mails for public business as secretary of state – tonight, the Select Committee on Benghazi asking her to hand over that private server she kept in her Chappaqua home to a neutral third party. And now, Mitt Romney weighing in, telling Yahoo! global news anchor Katie Couric it could hurt Clinton's chances for a White House run.

MITT ROMNEY: But it's a mess. I mean, what you see here is Clintons behaving badly. It's always something with the Clintons.

Earlier in the broadcast, Robach led into Wright's report on Rep. Schock by noting the "new trouble for the congressman from Peoria...known for this revealing magazine cover – these splashy vacation photos – questioned over a $40,000 office renovation, inspired by Downton Abbey." Wright included clips from the PBS program during the segment, as well as a computer-generated reproduction of the bell board from the servants' work area in the series that "rang up" the allegations against the Illinois politician:

HUGH BONNEVILLE, ACTOR (from PBS's "Downton Abbey"): Do you want the heir to the throne to be lampooned-

WRIGHT: Styled to look like the Earl of Grantham's study on Downton Abbey – complete with pheasant feathers and a glittering chandelier. Congressman Aaron Schock paid back $40,000 for that. But now, he's accused of padding the mileage on his personal car by some 90,000 miles, which may have cost the taxpayers tens of thousands of dollars. He's accused of misusing campaign funds, and of taking improper donations – former staffers now under a grand jury subpoena.

WRIGHT: Schock was one of the youngest members of Congress, promoting his six pack on the cover of Men's Health; promoting his jet set lifestyle on Instagram – surfing in Hawaii, dancing the tango in Buenos Aires – the account now abruptly made private.

When ABC first confronted him, Schock tried to shake off his critics

WRIGHT: His father still defends him.

RICHARD SCHOCK: This is the press out to get him – pure and simple.

WRIGHT: Only now, it's not just the press. It's the FBI, too. David Wright, ABC News, New York.

Interestingly, the ABC report never identified the congressman as a Republican – a detail that both NBC Nightly News and CBS Evening News included in their news briefs on the story.

The transcripts of the news briefs on the Aaron Schock investigation from Friday's CBS Evening News and NBC Nightly News:

SCOTT PELLEY: We learned today that Republican Congressman Aaron Schock of Illinois is now under investigation by the FBI. Tuesday, Schock announced his resignation, after revelations about lavish spending on office decorations and luxury travel. Investigators want to know whether taxpayers were on the hook for that.

LESTER HOLT: Congressman Aaron Schock is resigning amid questions about his expenses. And now, he's the center of a federal investigation. The feds are looking into how the Illinois Republican used taxpayer money and his personal investments. Schock, who has a fondness for chartered planes and Downton Abbey-themed office decor, won't officially leave office until March 31.