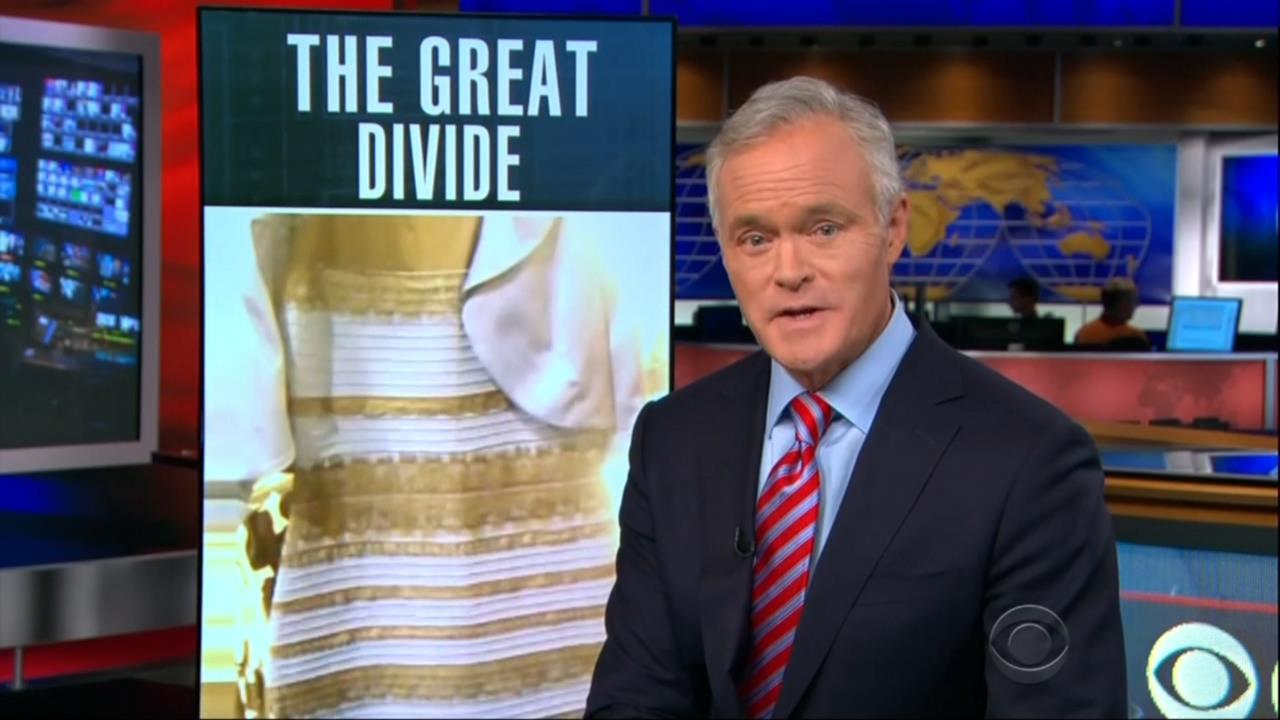 On Friday evening, the Big Three networks continued their blackouts on the Thursday revelation that the Treasury Department's deputy inspector general, Timothy Camus, is conducting an "active investigation" into the "potential criminal activity" at the IRS over Lois Lerner's supposedly missing e-mails. Camus disclosed that 32,000 e-mails had been uncovered from backup tapes stored at an IRS facility. [video below]

Instead, ABC's World News Tonight, CBS Evening News, and NBC Nightly News all devoted full segments to the viral photograph of a dress that appears to be either black and blue or gold and white. NBC and CBS set aside two minutes of air time each to the color debate. CBS's Scott Pelley also gave an 18-second news brief on two runaway llamas in Arizona.

ABC World News Tonight spent less time on the puzzling garment – one minute and 34 seconds. However, the program also aired a full report lasting one minute and 18 seconds on the theft of a $150,000 gown worn by actress Lupita Nyong'o at the Oscars. Anchor David Muir also gave a 13-second brief on Rep. Aaron Schock deciding to pay back the $35,000 he spent on remodeling his congressional office to appear in the style of popular PBS show, Downton Abbey.

Correspondent Doug McKelway reports this could take this investigation to another level.

DOUG MCKELWAY (voice-over): It is the closest the Treasury Department inspector general has come to acknowledging potential criminal wrongdoing in the Lois Lerner affair.

MCKELWAY: That revelation, during a rare late-night hearing, in which the I.G. disclosed his office has obtained 32,000 Lois Lerner e-mails from backup tapes stored at the IRS's Martinsburg, West Virginia facility.

IRS officials have maintained that the e-mails were gone – destroyed in a hard drive crash.

JOHN KOSKINEN, IRS COMMISIONER (from June 20, 2014 congressional hearing): I am advised the actual hard drive – after it was determined that it was dysfunctional; and that, with experts, no e-mails could be retrieved – was recycled and destroyed in the normal process. This was-

REP. DAVE CAMP, HOUSE WAYS AND MEANS COMMITTEE: So was it physically destroyed?

MCKELWAY: Last night's testimony suggests the IRS made a less than vigorous attempt to track down the e-mails.

CHAFFETZ: And then, when you go talk to the I.T. people, who are there in charge of them, they told you that they were never even asked for them? Is that correct?

MCKELWAY: Investigators conceded the new e-mails may be duplicative. They won't know until they obtain sophisticated data retrieval software that is presently held up by a licensing dispute with the software owner. Democrats pounced on that.

CAROLYN MALONEY, (D-NY), HOUSE OVERSIGHT COMMITEE: You are unable to confirm whether there are any, to use your own words, new e-mails, right?

MALONEY: So what's before us may be material you already have, right?

CAMUS: That is correct.

MALONEY (on-camera): In a statement, the IRS said it remains committed to cooperating fully with congressional investigations. If the I.G. finds evidence of criminal wrongdoing, it would be referred to the DOJ, which appears in no hurry to complete its own investigation of the IRS. That's one reason some Republicans are calling for a special prosecutor. Bret?