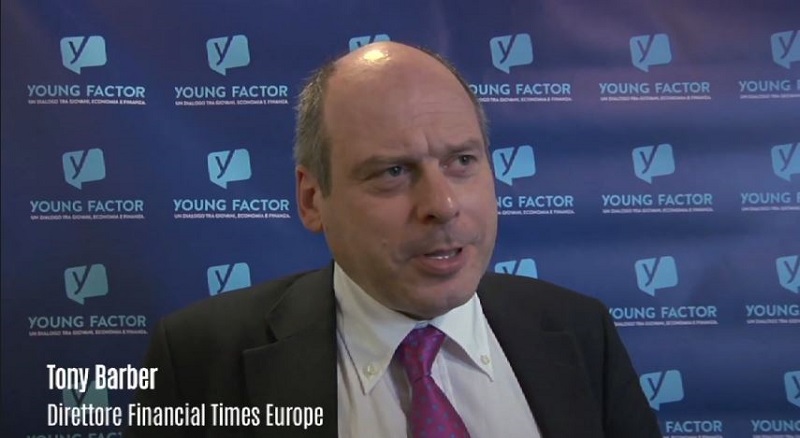 Tony Barber, associate editor for the Financial Times, slammed the French satirical publication Charlie Hebdo mere hours after Islamic terrorists killed 12 people at its main office in Paris on Wednesday. Barber hyped that the magazine "has a long record of mocking, baiting and needling French Muslims," and asserted that "too often editorial foolishness has prevailed at Charlie Hebdo."

The London-based writer led his piece, "The gunmen in Paris attacked more than a Muslim-baiting magazine," (available to subscribers only) by noting that French President Francois Hollande labeled the attack "an act of exceptional barbarity," but soon added that the "the murder on Wednesday of 12 people at the Paris offices of Charlie Hebdo, a satirical magazine, will not surprise anyone familiar with the rising tensions among France's 5m or more Muslim citizens and the poisonous legacy of French colonialism in north Africa."

Barber continued by outlining Charlie Hebdo's apparent record of "mocking, baiting and needling French Muslims," which included its 2011 cover image of Muhammad and a "65-page strip cartoon book portraying the Prophet's life." After his summary, the editor contended that the publication was "not the most convincing champion of the principle of free speech," due to their supposed "editorial foolishness."

The journalist then paused briefly to disclose that he didn't "condone the murderers, who must be caught and punished, or to suggest that freedom of expression should not extend to satirical portrayals of religion." However, he picked up where he left off in his critique of the controversial magazine: "It is merely to say that some common sense would be useful at publications such as Charlie Hebdo, and Denmark's Jyllands-Posten, which purport to strike a blow for freedom when they provoke Muslims, but are actually just being stupid."

Barber spent the last two paragraphs wondering whether the attack would affect "the political climate, and in particular the fortunes of Marine Le Pen and her far-right National Front." The writer concluded that the carnage presented "a challenge to French politicians and citizens to stand up for the republic's core values and defeat political violence without succumbing to the siren songs of the far right."

This isn't the first time that a prominent liberal media outlet has criticized Charlie Hebdo for "needling" Muslims. After a 2011 firebombing damaged their main office, Time magazine's Bruce Crumley blasted the "childish" publication for their "Islamophobic antics."