MSNBC Guest: It's a 'Crime' For Latinos, Catholic Church to Oppose Euthanasia 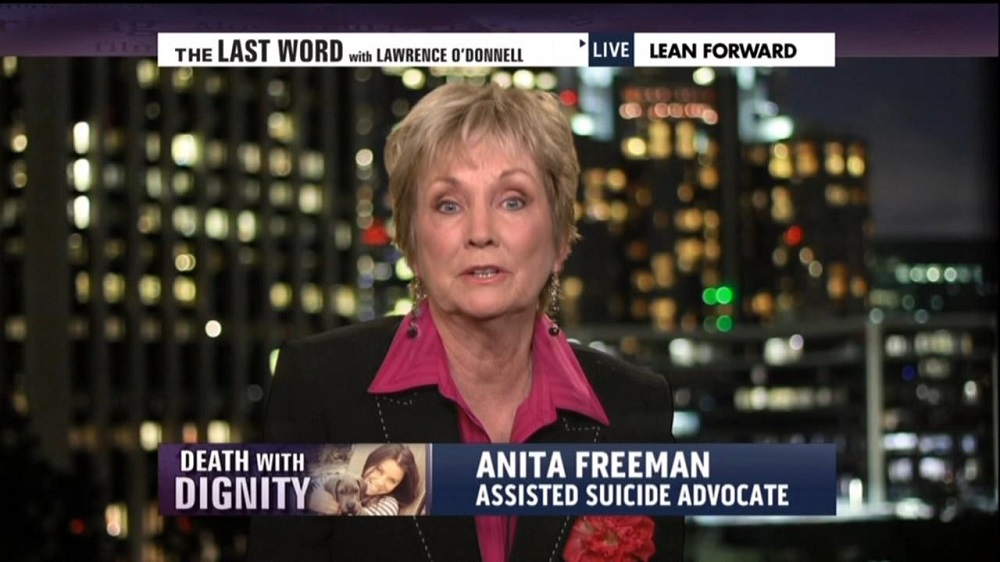 It would seem that not everyone on the left side of the political spectrum has a tolerant attitude towards Hispanics, if a segment on Wednesday's The Last Word on MSNBC is any indication. Hours before President Obama is expected to take executive action to legalize millions of Latin American illegal immigrants, guest Anita Freeman blamed the "very high Latino population" for California's failure to legalize euthanasia, as they "seem to go with [the] Catholic religion." [video below]

Host Lawrence O'Donnell brought on Freeman, an "assisted suicide advocate" who lost her sister to terminal cancer, to discuss the proposed legalization of euthanasia in several states, in the wake of Brittany Maynard's high-profile suicide. O'Donnell noted that "only five" states have given the green light to euthanasia "at the level that Oregon does," and zeroed in on "an interesting cluster in the Northwest where...this notion has taken hold" – Montana, Washington State, and Oregon.

The socialist TV personality continued that "with the momentum coming out of Brittany's [Maynard] so visible choice, that there really should be some movement on this in California." Freeman, who volunteers with the pro-euthanasia group "Compassion and Choices" (which is descended from the Hemlock Society), which publicized Maynard's cause, replied to O'Donnell with her anti-Catholic statement:

ANITA FREEMAN, ASSISTED SUICIDE ADVOCATE: You have a very strong Catholic base here in California. It's a very high Latino population, and they seem to go with [the] Catholic religion. And, as I'm sure you know, the Vatican...has disapproved of what Brittany did, and has called it reprehensible, which is – that is a crime, in my opinion – because until you've experienced and been in a room with a loved one that is enduring just unbearable pain – it is the only humane thing to do – is to let them choose, if that's what they want, to go to sleep peacefully. So, why in California – we, as a very liberal state, have not enacted it – well, we're going to change that. We are putting together – and I am very active in trying to get it in front of the mayors and – and get – get something done here.

Of course, this isn't the first time that anti-Catholicism has reared its ugly head on MSNBC. Back in March 2014, host Joy Reid warned that "the [Supreme] Court that will decide [the Hobby Lobby case] includes six Catholic justices – some of whom have not been shy about asserting their religion."