Gen. Honore Jabs the Media: 'People Like You' Driving Chaos in Ferguson 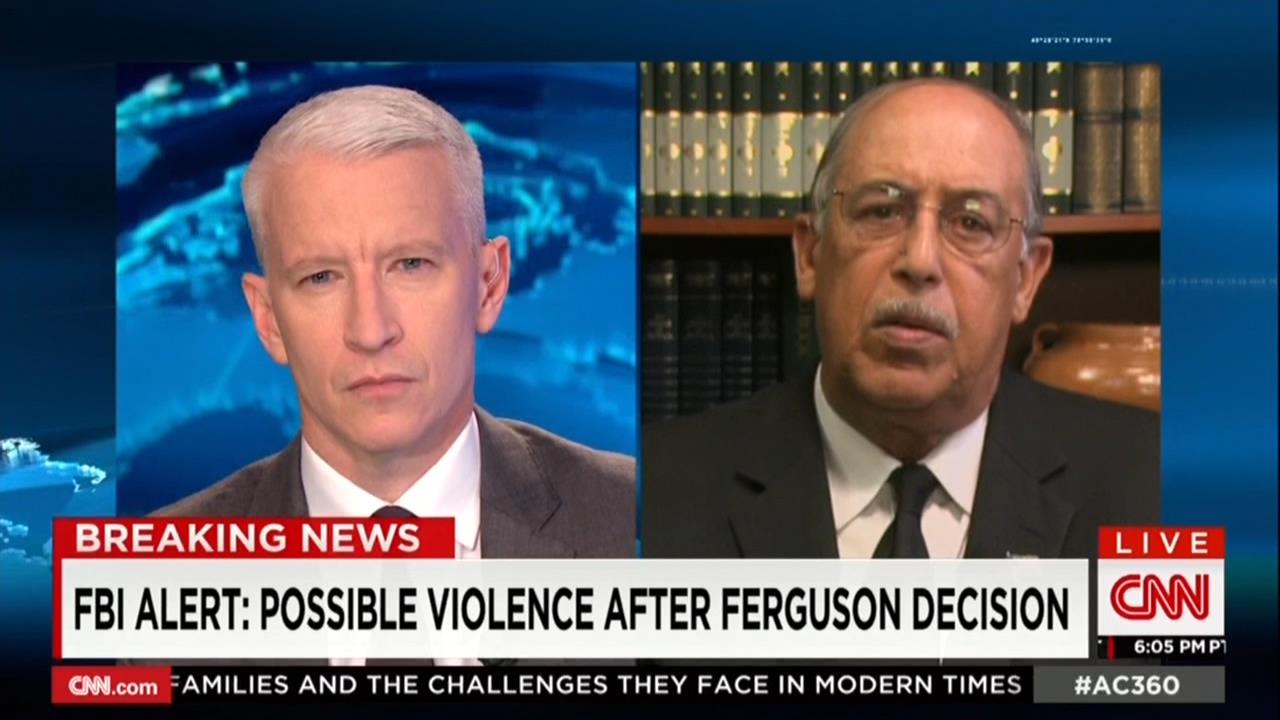 On Monday's AC360 on CNN, retired Lt. General Russel Honoré rebuked the media's coverage of the ongoing controversy surrounding the police shooting of Michael Brown. Anderson Cooper raised how a liberal legal analyst contended that Missouri Governor Jay Nixon's activation of the National Guard, in anticipation of a grand jury decision on the case, was an "escalation of this military-style approach that didn't work in the first place." He then asked, "Do you agree with that – that it could, in some ways, do more harm than – than good?"

General Honoré, who is best known for leading the military's relief operations in the aftermath of Hurricane Katrina, replied by indicating that large part of the problem was the media's spin of the issue: [video below]

Well, if you're a poor person in Ferguson...a disadvantaged person that speculates on – what's gone on in this trial has already been decided – and you have doubt (sic) in your mind – and somebody tells you that they have mobilized the National Guard, then that's quite possible. But I think how they described that to people – that the National Guard there is there to protect people and property. It's not there to necessarily to focus on a handful of protesters that might get out of control – that they're there equally to take care and protect the people. And that is the concern I have – that the governor continues to leave it to the media – people like you – to describe to people – the citizens – what's happening.

ANDERSON COOPER: Sunny, let me start with you. The governor – basically, activating the National Guard; now, you have this FBI bulletin. What do you make of all these developments?

SUNNY HOSTIN, CNN LEGAL ANALYST: You know, I think – to Sara's [Sidner] point, the protests have been going on for over a hundred days; and those protests have been – or demonstrations, I like to call them – have been peaceful. And so, I think there has been a real change in how the St. Louis County Police Department is handling this. Governor Nixon now calling out the National Guard seems to me to be an escalation of this military-style approach that didn't work in the first place-

COOPER: You actually think it's a provocation.

HOSTIN: I do. And so, I'm surprised that he did that. I understand needing to be prepared, but you've got three police departments that are prepared; and that have, in a sense, gotten to know this community – has gotten to know the protesters. And so, why escalate it? And a lot of people – at least on Twitter, and just all over – in passing, are saying – well, that must mean that he knows that there isn't going to be an indictment here. And I think there could be something to that.

Earlier in 2014, during a segment on CNN's New Day, Hostin attacked a mall in Indiana for its ban on people wearing hoodies over their heads and likened it to a controversial police tactic: "This is...akin, in my view...to 'stop and frisk' – to the pretext of 'stop and frisk' – and I think many courts have found that this type of behavior is unacceptable, and downright unconstitutional." She also claimed that "hoodie' is code for 'thug' in many places," and added that "to identify just hoodies in my view...it's very, very clear what we're talking about here. We're talking about racial profiling. It's code for racial profiling."