MSNBC Touts 'Rather Extreme' Joni Ernst; CNN Predicts One Term For Her

MSNBC and CNN zeroed in on the supposed radical right-wing views of Senator-elect Joni Ernst during their live election night coverage. Just after 2 am Eastern on Wednesday, MSNBC's Luke Russert played up how Ernst was "able to have these rather extreme Tea Party views; and then, moderate them closer to the election." Just over two hours earlier, CNN's Dana Bash gave the Iowa Republican a similar label, and made a prediction about her political future: [MP3 audio available here; video below]

DANA BASH: I can tell you that somebody like Joni Ernst – yes, in her primary, she was conservative – she was. She called for all the things that the most conservative members of Congress did-

BASH: Here's the but: she's now going to represent a very purple state. So if she goes down that path, she's going to be a one-term senator.

Just before he used his "rather extreme" phrase, Russert did acknowledge that Senator-elect Ernst was a standout among the Republican winners that night:

ARI MELBER: Luke, we have this unfortunate phrase – a 'king-maker' – in our politics. But we don't elect kings; we elect presidents. We're looking at a woman there, who – who really built a groundswell; and, now, is a potential president-maker in that key state of Iowa. 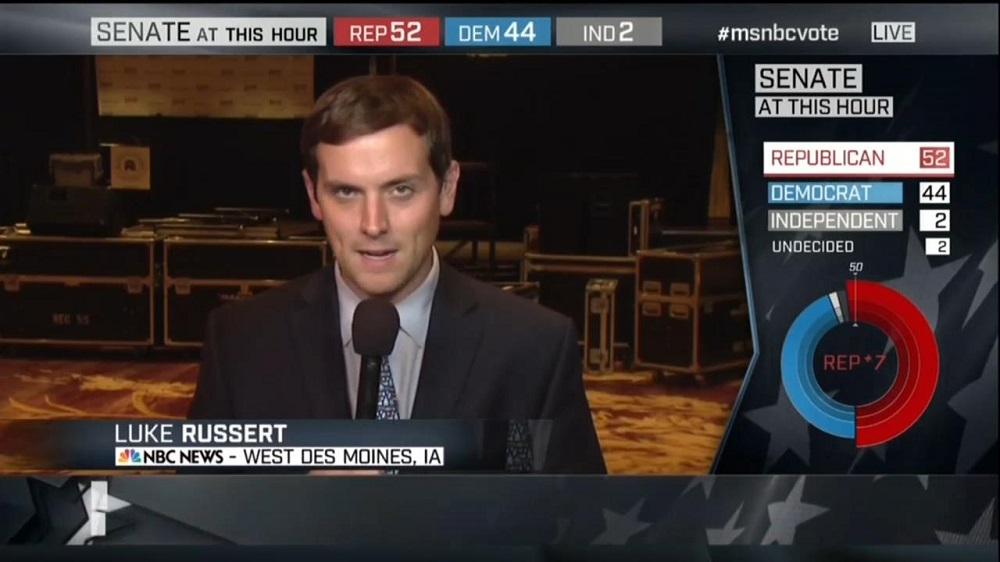 LUKE RUSSERT:  I don't think it's far-fetched to say, Ari, that Joni Ernst is, without a doubt, the star of this Republican Senate class that was elected tonight – not only because of her impressive personal story, which basically won her this election – which is being a veteran; being a woman; and being 44 years old; and also, being able to have these rather extreme Tea Party views; and then, moderate them closer to the election. She, sort of, becomes what the GOP establishment has envisioned for their Senate-elects for – for this cycle.