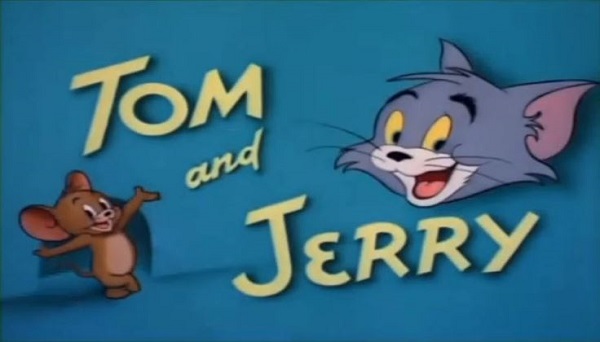 Fans of the zany Tom and Jerry cartoons from the golden age of animation might be in for a shock, as the classic shorts now carry a politically-correct warning on Amazon's streaming video service. On Tuesday, BBC correspondent Sean Coughlan reported that on Amazon Prime, the "Tom and Jerry: The Complete Second Volume is accompanied by the caution: 'Tom and Jerry shorts may depict some ethnic and racial prejudices that were once commonplace in American society. Such depictions were wrong then and are wrong today.'"

The warning was attacked as "empty-headed" by cultural commentator and professor of sociology, Frank Furedi, who said it was a form of a "false piousness" and a type of censorship which "seems to be sweeping cultural life".

"We're reading history backwards, judging people in the past by our values," said Prof Furedi....

The idea of running warnings ahead of potentially upsetting moments in films or books has become a controversial topic in US universities.

There have been calls for the use of "trigger warnings" which could flag up to students that they are about to come across descriptions of physical brutality, aggressive language or sexual violence.

The suggestion that these should be inserted into lessons about classic texts has angered some academics.

Prof Furedi said calls for such trigger warnings were a form of "narcissism", with the concerns not really being about the content of a book or work of art but about individual students asserting their own importance.

"A tolerant society needs to discuss disturbing art," he said.

Professor Furendi wasn't the only one ripping Amazon for its over-sensitivity. On Wednesday, Annabel Grossman of The Daily Mail quoted several online commenters' reactions to the move:

One fan took to Twitter to say: 'watched Tom and Jerry since the 60s this is the 1st time I've ever heard the R word in relation to it. PC madness!'

Another fan wrote: 'I loved Tom and Jerry as a kid and it never made me think poorly of ethnic minorities or want to smoke cigars.'...

She Tweeted: 'Old Tom and Jerry cartoons to carry warnings of 'racial prejudice'. Give me strength. I am a foreigner in a culture I no longer understand.'

Grossman also cited comedian Whoopi Goldberg's reaction to the 2005 release of a DVD collection of Warner Brothers' Looney Tunes cartoons: "When a Looney Tunes Golden Collection was released in 2005, actress Whoopi Goldberg was asked to explain why certain episodes were kept in the collection. She said at the time: 'Removing these inexcusable images and jokes from this collection would be the same as saying (these prejudices) never existed. So they are presented here to accurately reflect a part of our history that cannot and should not be ignored.'"

One wonders if Amazon will also include a warning for the hilarious 1952 MGM short "Magical Maestro," which was directed by legendary animator Tex Avery. The cartoon includes almost every ethnic stereotype imaginable, including blackface, slant-eyed Chinese singin, and tribal line dancing.