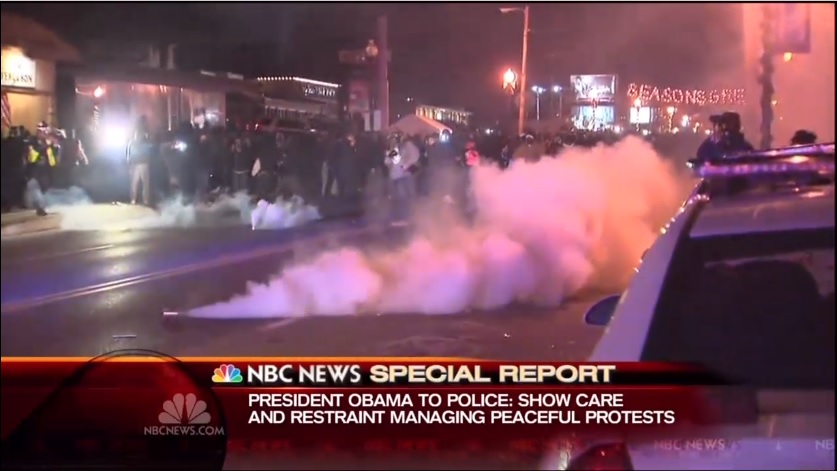 Michael Brown was killed on August 9 in Ferguson, Mo. From that day until Nov. 24, when it was announced the grand jury would not indict Officer Darren Wilson for the shooting, the network evening news programs covered the incident 92 times.

On the other hand, between Aug. 9 and Nov. 24, there were 855 reported shootings in Chicago, 130 of them fatal. Total Windy City homicides since Brown’s death are at least 155.

In all that time, analysis of broadcast transcripts shows, the network evening news programs mentioned Chicago violence just four times, and it was central to only two of those stories. That’s an incredible disparity in coverage – 23 times more for 129 fewer victims.

When they did cover Chicago violence, the picture painted was bleak.

On August 24, “CBS Evening News” correspondent Elaine Quijano covered the homecoming of Chicago’s Jackie Robinson West All Stars after making it to the Little League World Series. Quijano said the South Side “team’s success has helped them deal with the violence back home. Just this weekend, there have been 24 shootings in Chicago – at least half of them on the city`s South Side,” she said. “Twelve-year-old Marquis Jackson lost his cousin to gun violence. He says he and his teammates are determined to show the good in his community.”

On Sept. 5, “CBS Evening News” reported on a program in which “some thirteen hundred unarmed workers providing safe passage for children going to and from Chicago`s public schools,” according to correspondent Dean Reynolds. Reynolds cited grim statistics: “Over the last four years, a hundred and fourteen school children were murdered in Chicago. Last year alone, two hundred of them were wounded in what police say were often gang-related incidents,” he said. “A fifteen-year-old girl was shot five blocks from here on Monday.”

But compared to the Ferguson feeding frenzy, the networks seem to take Chicago’s epidemic violence for granted.

Well, it could be argued, the race of the victim makes Ferguson important. Yet 79.3 percent of 2014 Chicago homicide victims have been black.

Well, Ferguson was a police shooting, making it important. In Chicago, Police have shot and killed 11 black men in 2014.

No, the networks obsessed over Brown’s death because they thought it fit a neat storyline about institutionalized racism and abusive, lawless cops. Plus, there might be some compelling shots of burning and looting (at least they got that part right). That was the story they wanted to tell.

As for the mostly black-on-black crime ravaging the Windy City? Move along. Nothing to see here.