The comfortable victory by pro-choice abortion forces in Ireland was widely reported last month. But what is less known is the active role social media networks such as Google, Facebook and YouTube played during the electoral process, and its impact on the results.

Less than three weeks before the May 25 referendum, on May 6, an opinion poll was published in Independent.ie that showed a contest that was still up for grabs, with 45% in favor of repealing the country’s pro-life constitutional amendment, 34% against, 18% undecided and 4% not expressing an opinion.

According to Lorcan Price, a legal advisor to the Irish Pro-Life Campaign, in the wake of that poll pro-choice Irish government officials and media stepped up their pressure on Facebook to prevent any kind of foreign advertising on its platform linked to the referendum. On May 8, Facebook did just that. 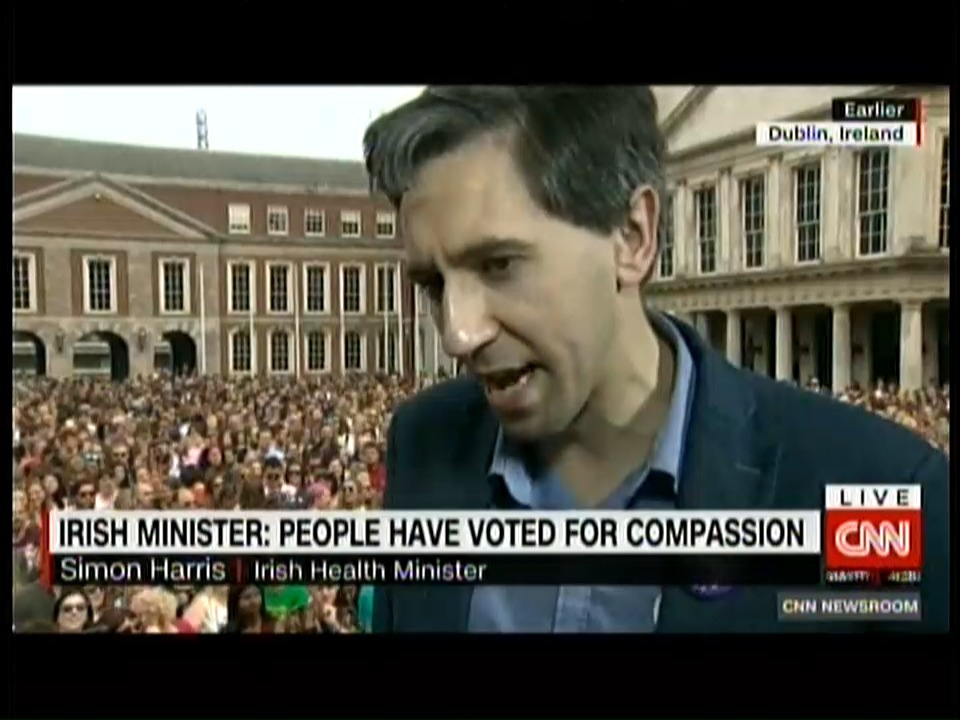 Pro-choice forces applied similar pressure on Google and YouTube, and achieved an even more decisive result: on May 9 Google (owner of YouTube) announced the prohibition of all publicity about the referendum on all of its platforms.

In an interview with MRC Latino, Price noted that "Irish pro-choice politicians and political commentators were trying to create fears that the referendum would be lost due to alleged interference by the United States."

Univision, for example, falsely reported that well-known pro-life entities in the United States were advertising in Ireland. In an article published on May 9, Univision warned that "Irish public opinion is very divided around an issue that has attracted the attention of numerous groups beyond its borders, such as the American Live Action or Radiance Foundation. These organizations, which oppose women's right to decide over their pregnancy, have been buying advertising on the Internet for the campaign in Ireland. "

The director of the Radiance Foundation, Ryan Bomberger, explained that the false news was due to the fact that his organization and others, such as Lifesitenews.com, were incorrectly included in a database created by the Transparency Referendum Initiative (TRI), a project that sought to divulge the sources and origins of all the ads on Facebook that had to do with the referendum.

In an article titled, Social Media Uses #Fakenews and Stalinist Efforts to Help Repeal Ireland´s Pro-life 8th Amendment, Bomberger pointed out that Radiance erroneously fell into the TRI database for advertising that it had promoted on Facebook about a legal case about abortion in the United States, and that it had nothing to do with the referendum in Ireland.

According to Price, pro-life Irish organizations like "LoveBoth" and "Save the 8th" were duly registered with the government and "had made a legal declaration that they would not receive political funds from outside the jurisdiction of the Republic of Ireland, this fact was known to the government, the media and Internet companies.”

Price points out that despite the fact that the pro-life side was registered and complied with the law, Facebook responded to pressure from the government and traditional media against the pro-life side, which resulted in Facebook’s May 8 announcement banning all foreign advertising on its platform related to the referendum.

The next day, May 9, Google proceeded to ban all publicity about the referendum on its platforms, including on YouTube and Google Adwords. Google's decision was welcomed by the Irish prime minister and by all the major groups associated with the pro-abortion side.

Google's decision was strongly criticized by pro-life groups which said it was completely unfair to deny them access to online platforms to publicize their side of the debate, particularly when the pro-life side of the discussion was so often under-represented or even censored by the mainstream media, and social media was the best way they could take their message to voters directly.

Because Google and Facebook are not considered media companies in Ireland, it was impossible to force them to comply with the requirement of impartiality established by the country’s broadcasting laws, which require fairness and impartiality in the media. Google’s decision had an especially severe impact on the pro-life campaign in those crucial weeks leading up to the vote.

On May 25, 66% of the Irish electorate voted to revoke the amendment to the Constitution of the Republic that protected the lives of unborn human beings, while 33% voted against, with a 64% participation rate.