The nation´s Spanish-speaking news media put a lid on the growing movement against gender perspective curriculum in Puerto Rico´s public school system, omitting this past Saturday´s mass protest against the upcoming implementation of fluid-gender identity in all subject matters. The new curriculum is set to start this semester as ordered by governor Pedro Pierluisi. 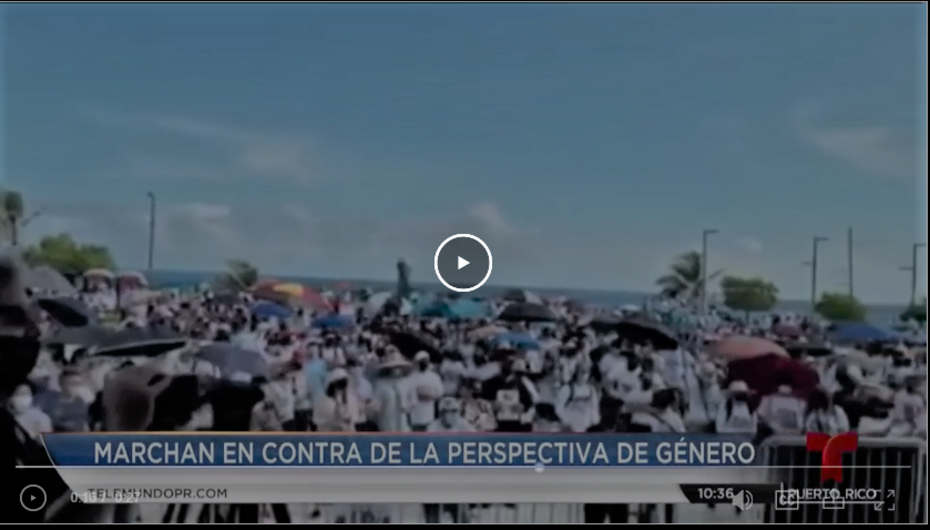 This is the same media that finds plenty of time to push for non-gender pronouns, including the highly unpopular Latinx term, and impose a pro-trans agenda upon their audiences. When the optics are inconvenient, however, Univision, Telemundo, and other Latino networks on the mainland, including CNN En Español and Estrella TV, prefer to look the other way.

It is worth noting that the massive march was also blacked out on local media. Only Telemundo covered the event locally, with a 27 second report that said that the march was organized by the Pro Life and Family Coalition, and that 100,000 signatures had been gathered against the measure. This is a stark contrast to its collective coverage of any random leftist demonstration, which is guaranteed to get free headlines so long as four cats show up to the protest.

MRC Latino has pointed out that the public that watches the Spanish-speaking networks shuns non-binary terms like Latinx, favoring policies and agendas aligned with their traditional, conservative religious views. Pushing the pro-trans agenda down the throats of the viewers leads nowhere with this demographic, and the numbers confirm it: only 3% use Latinx.

It's time to call out the bias and disconnect at the nation's Spanish-speaking media. Help the MRC fight back and let advertisers like Tylenol know what they enable over the airwaves here.