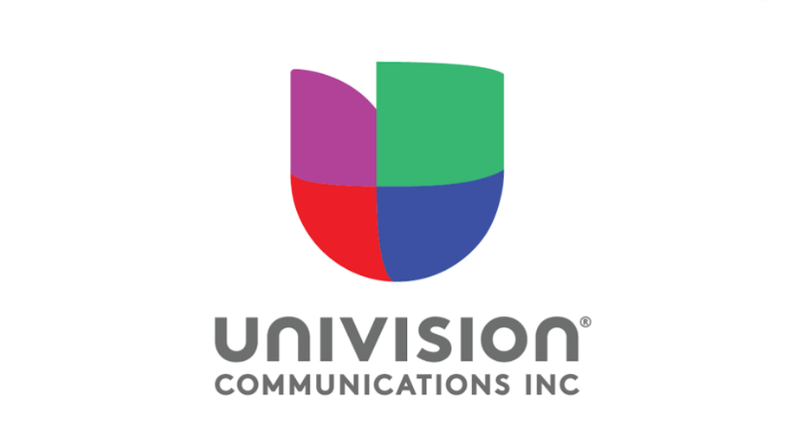 As the national Spanish-language news networks ramp up their efforts to persuade their viewers to vote for those candidates that are aligned with their own business interests -chief among them, ensuring an unfailing audience, and thus, advertising dollars via open borders - they become more brazen at blurring the line between information and propaganda.

One such case is Univision ́s preferential treatment to Latino Victory Fund, a Political Action Committee that according to its web page, “is a progressive organization working to grow Latino political power by increasing Latino representation at every level of government.”

“Every level of government” might as well read “every level of the radical left”, since all of their efforts -aided and abetted by the likes of Univision News - aim to help defeat President Donald Trump and his administration´s policies to control ILLEGAL immigration. 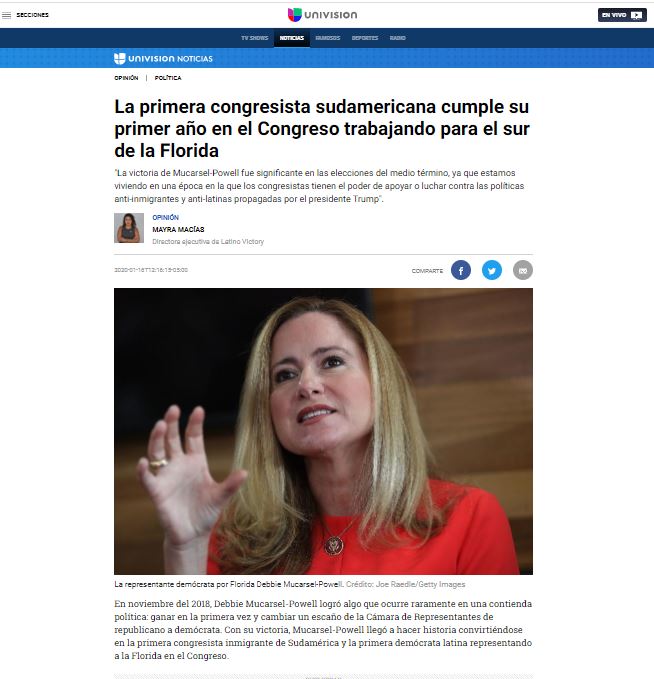 Just below the bland headline that merely stated that Mucarsel-Powell reached the one-year milestone as a congresswoman, came the punchline: "Mucarsel-Powell's victory was significant in the midterm elections, as we are living in a time when congressmen have the power to support or fight against the anti-immigrant and anti-Latino policies disseminated by President Trump."

However, reading into the puff piece on Mucarsel-Powel, the real bottom line surfaced and it is none other than the 2020 Census, an event that the big bosses at Univision have taken to heart, as we can appreciate from this blog written in 2019 by Jessica Herrera-Flanigan, EVP - Government & Corporate Affairs at Univision (emphasis added by this author):

“Next year, the once-a-decade Census will be administered to every person in the United States. The impact of their answers – or whether they answer at all – goes beyond congressional representation and federal funding for programs. It strikes at the heart of our industry

Heavy stuff to swallow, as is the disclaimer placed at the bottom of Macías ́ article by Univision News:

“This piece was selected for publication in our opinion section as a contribution to public debate. The vision(s) expressed therein belong exclusively to their author(s) and/or the organization(s) they represent. This content does not represent Univision News' vision or that of its editorial line."

Following is a translation of the complete opinion piece written by Mayra Macías of Latino Victory Fund for Univision.com and published on January 16, 2020:

"Mucarsel-Powell's victory was significant in the midterm elections, as we are living in a time when congressmen have the power to support or fight against the anti-immigrant and anti-Latino policies disseminated by the president Trump."

In November 2018, Debbie Mucarsel-Powell achieved something that rarely happens in an election: winning the first time and shifting a House of Representatives seat from Republican to Democrat. With her victory, Mucarsel-Powell went on to make history by becoming the nation´s first immigrant congresswoman from South America and the first Latino Democrat representing Florida in Congress.

Mucarsel-Powell's victory was significant in the midterm elections, as we are living in a time when congressmen have the power to support or fight against anti-immigrant and anti-Latino policies disseminated by President Trump. In the case of Florida's 26th district, its constituents chose to elect a South American immigrant who has become a leader among the new generation of the most diverse Democratic congressmen in the country's history.

But history could have missed this anecdote, as Florida's 26th District was created because the 2010 Census determined that the population had grown. One more district was needed in Congress, more representation was lacking. Congresswoman Mucarsel-Powell has proved that her election was pivotal for the district and for Latinos, and that her voice has filled a gap that existed before her election.

A year after taking office, Mucarsel-Powell made it clear that her vision is focused and she has a tenacious voice in Congress, and her presence is evidence of what can be achieved when the government reflects the diversity of its population.

From the beginning, she has proven to be an advocate for immigrants, both of the children who were in the detention center in Homestead and of Venezuelans seeking refuge in the United States, and of Cuban families who have been separated when seeking asylum.

The congresswoman has sought to extend temporary protection status (TPS) for Venezuelans and also proposed three measures on the crisis in Venezuela, including one to provide humanitarian aid to Venezuelans. She also introduced the reunification act for Cuban families, a move that accelerates the reunification process for asylum seekers who have families in the United States.

Mucarsel-Powell has not backed-off in her defense of issues affecting Latinos in their daily lives. One of these topics is access to affordable health care, as Latinos are one of the groups that most need health coverage. Although the Affordable Care Act, known as Obamacare, helped increase the number of Latinos with health insurance, the health care system in the country still needs to be improved.

To this end, the congresswoman supported the legislative measure H.R. 3, titled Elijah E. Cummings Lower Drug Costs Now Act, which will help lower the cost of prescription medications. It also included a measure to increase federal funding for community health centers, knowing how important it is to provide emergency medical assistance for thousands of families.

One of the first public events in which Mucarsel-Powell participated in her first month in Congress was a march to advocate for gun control. The congresswoman is no stranger to the pain caused by the violence caused by firearms: her father was a victim. "My God... it's very powerful. I think I'm going to cry," the congresswoman said during the event.

As a member of the specialized gun violence prevention force of the House Judiciary Committee, her priority has been to help curb gun violence affecting the country that has caused the deaths of thousands of people, including children. Together with a group of Democratic congressmen and Republican senators, Mucarsel-Powell introduced the 2019 Federal Extreme Risk Protection Order Act.

This law allows law enforcement to prevent individuals who are a threat to themselves or others from carrying weapons. The move is critical to Florida, and in a state that is no stranger to gun violence, it may be the difference between an arrest and a massacre. She also supported a measure that provided $25 million for a study that provides data on gun violence and how to prevent it. This study had not been conducted in 20 years, and it is necessary for the security of the nation as the results will help to propose measures that will save lives.

The congresswoman's election has changed the trajectory of both her district in Florida and the rest of the nation. She has become an expert in collaborative work in Congress, and in turn has the courage to fight for her people and for a just cause. She is legislating at a time when the country's president attacks people like her, immigrants and Latinas, but she has persevered with her forehead held up high. In response to President Trump when he criticized her at a public event in Florida, Mucarsel-Powell said, "... contrary to my Republican colleagues, I'm not afraid of you."

Note: This piece was selected for publication in our opinion section as a contribution to public debate. The vision(s) expressed therein belong exclusively to their author(s) and/or the organization(s) they represent. This content does not represent Univision News' vision or that of its editorial line.