Univision Anchor Challenged Us to Watch His Newscast. We Already Do.

Univision anchor Borja Voces, in response to our video tweet, called us out, and challenged us to watch his daily newscast. Alas, Dear Reader and as Mr. Voces is about to find out, we have been for quite some time.

As you can see below, Mr. Voces’ callout was in response to our coverage of his newscasts’ sycophantic reporting on Vice President Kamala Harris. To wit: Univision’s boot-licking 22 seconds on how Kamala Harris has a Mexican cousin- delivered so as to lessen the impact of the preceding two-minute A-block segment on potential reaction to Harris’ “don’t come” remark upon the network’s viewership and in a manner reminiscent of bombing a restroom with air freshener before departing therewith. 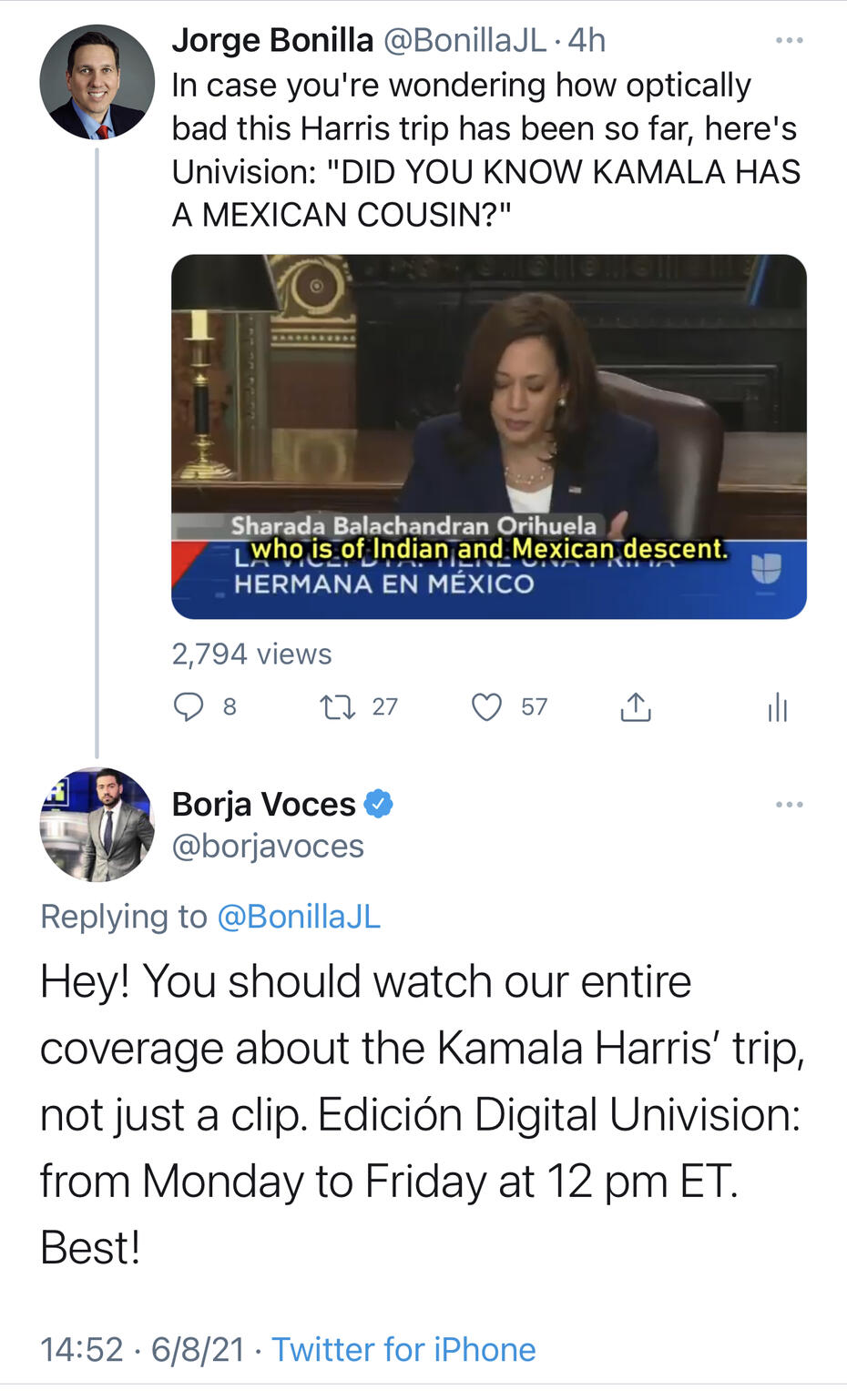 But Mr. Voces’ callout, although understandable, was unnecessary. Univision’s midday newscast, Edición Digital, is already among the many hours of Spanish-language news programming that we at MRC Latino monitor on a daily basis, and we’ve published many analyses of their product, which is in line with the rest of Univision’s propaganda disguised as news reporting. For example:

These are but a few examples, but it is clear that we do watch Univision’s midday newscast. And based on our analyses we can safely conclude that Univision’s public remains grossly disinformed and deserves better news alternatives.

Univision’s midday newscast is sponsored in part by Planet Fitness. Click here and let them know what you think.