Appearing on CNBC's Power Lunch at 1 p.m. ET Friday, the business network's chief Washington correspondent John Harwood touted President Obama's proposal to tax 529 college savings accounts: "If you want to change the distribution of income in this country, you've got to take from some to give to the other, and that's precisely what the President wants to do. Middle class families...have stagnated for a long time...while people at the top have done much better. So the administration is trying an across-the-board attempt to change that....redistribution Obama-style."

Harwood kept pushing White House talking points: "Now, the administration says that surveys have shown that 70% of the deposits in 529 accounts are held by families with incomes of $200,000 a year or more."

After ignoring any criticism of Obama's plan, Harwood lamented: "But because families with high incomes have a lot more influence than families with low incomes, it is not likely that this is going to pass, guys."

The idea that it would not pass Congress because it's simply a bad idea that many people oppose never dawned on Harwood.

On Sunday, Harwood appeared on NBC Nightly News to preview the President's State of the Union address and similarly cheered Obama's tax hike proposals: "These proposals and others from both parties in Congress all mark a turning point in our politics. We've now recovered from recession and  financial crisis but we haven't lifted the incomes of average middle class families that have been stagnant for forty years."

The New York Times report on a plan for a big change for 529 college plans that help families save money for college. Under President Obama’s new proposal, money withdrawn from the accounts will no longer be tax-free. It would apply only to new contributions. Some experts say 529 plans disproportionately benefit the most affluent families who can afford save for college.

She left out any criticism of the plan.

ABC has still failed to covered the controversial policy idea.

Here is a transcript of Harwood's January 23 report for Power Lunch:

TYLER MATHISEN: President Obama wants to tax your 529 plan. New taxes on the way, potentially. He says only the wealthy are really making use of 529s.

MATHISEN: Meanwhile, we start with a shot across the bow of American parents saving for college. Sue, fill us in.

SUE HERERA: That's indeed the case, and it is a big shocker for a lot of people out there. President Obama proposing major changes to those 529 college savings plans.

HERERA: Now to John Harwood in Washington on why exactly the President wants to do this. Over to you, John. 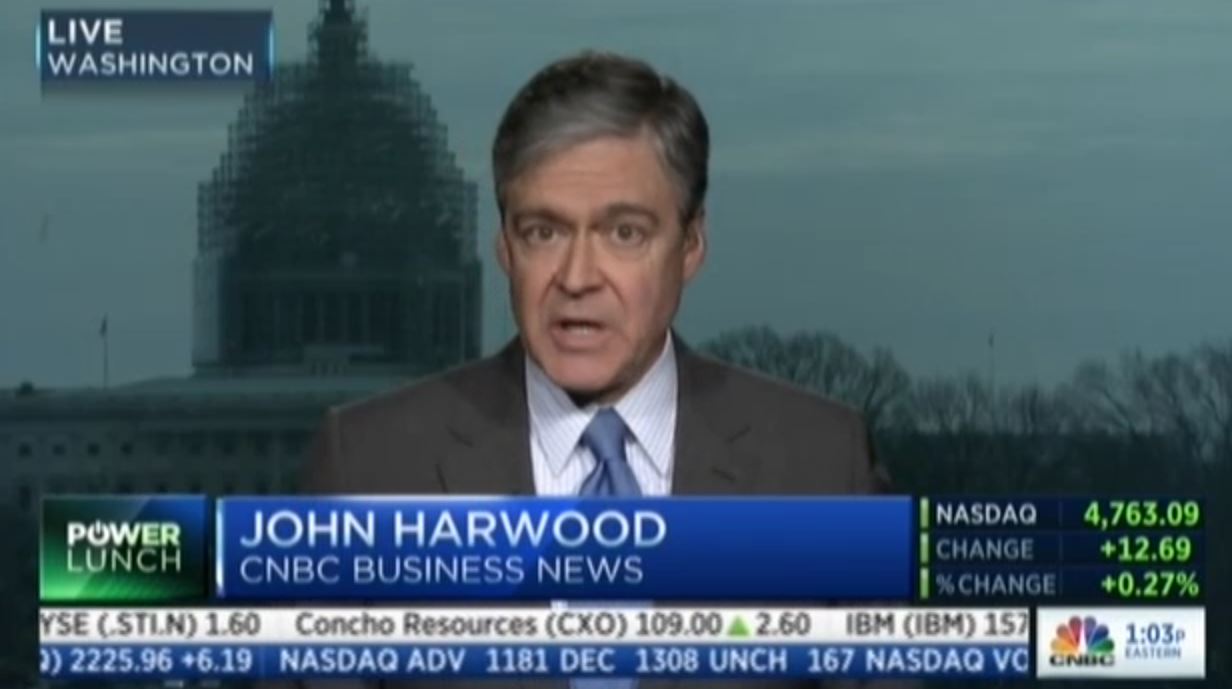 JOHN HARWOOD: Sue, if you want to change the distribution of income in this country, you've got to take from some to give to the other, and that's precisely what the President wants to do. Middle class families, median income families have stagnated for a long time, for decades in this country, while people at the top have done much better. So the administration is trying an across-the-board attempt to change that, and what he's doing on 529s, or proposing on 529s, is part of that.

Let's look at the 529 part – redistribution Obama-style. What he would do would be to say that the capital gains that you realize on those deposits to your 529s would be taxed when you bring them out. Now, the administration says that surveys have shown that 70% of the deposits in 529 accounts are held by families with incomes of $200,000 a year or more. Also, people in higher tax brackets benefit more from those tax deductions.

Now, on the flip side, the President is going to increase benefits, college benefits, for a lot more families, a lot more than he's taking away on 529s. He would increase the American opportunity tax credit by expanding it – eligibility to more families. The eligibility for the American opportunity tax credit, which started in 2009, is capped at $180,000. So you can see very clearly the theory is that you're taking from families who make more than $200,000 a year and redistributing some benefits to families that make $180,000 or less. That's the theory behind it.

But because families with high incomes have a lot more influence than families with low incomes, it is not likely that this is going to pass, guys.

MATHISEN: Alright, John. Thank you very much. Why don't we just make the tax code even more complicated, right? I mean, that's what this would do, John, right?

HARWOOD: It would make it more complicated, and that's one of the – if we don't have comprehensive tax reform that reduces rates and broadens the tax base, you're going to find government increasingly, and this has been true for a long time, looking to provide new benefits to people by carving up pieces of the tax code in order to benefit particular groups.

We do that in all sorts of ways. Home ownership is advantaged over rent, for example, because of the home mortgage deduction. The same is true of many, many business tax breaks. And it's why the business tax reform debate tends to get clogged up because sectors and businesses that would benefit from lower rates are pitted against those who would lose the loopholes that they benefit from.

So this is why a – this is why redistribution is the most difficult thing to do in politics. The Obama administration is making a push in any case, and we'll see how far they get.