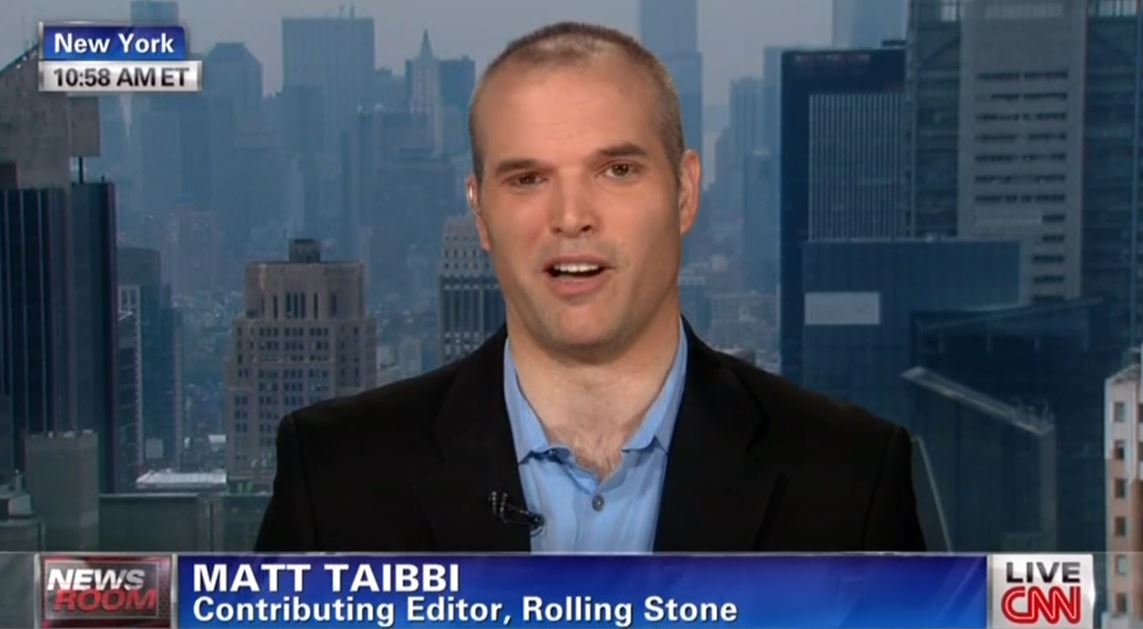 In a nasty screed against American Sniper on Wednesday, Rolling Stone contributing editor Matt Taibbi claimed the Oscar-nominated film was "almost too dumb to criticize" but proceeded to do so anyway, declaring: "Even by the low low standards of this business, it still manages to sink to a new depth or two."

Taibbi's main problem movie becomes clear a few paragraphs in as proceeds to rant against the Iraq war and the Bush administration: "Sniper is a movie whose politics are so ludicrous and idiotic that under normal circumstances it would be beneath criticism. The only thing that forces us to take it seriously is the extraordinary fact that an almost exactly similar worldview consumed the walnut-sized mind of the president who got us into the war in question."

The really dangerous part of this film is that it turns into a referendum on the character of a single soldier. It's an unwinnable argument in either direction. We end up talking about Chris Kyle and his dilemmas, and not about the Rumsfelds and Cheneys and other officials up the chain who put Kyle and his high-powered rifle on rooftops in Iraq and asked him to shoot women and children.

They're the real villains in this movie, but the controversy has mostly been over just how much of a "hero" Chris Kyle really was....And plenty of other commentators, comparing Kyle's book (where he remorselessly brags about killing "savages") to the film (where he is portrayed as a more rounded figure who struggled, if not verbally then at least visually, with the nature of his work), have pointed out that real-life Kyle was kind of a dick compared to movie-Kyle.