In a report for Tuesday's CBS This Morning on the political fallout from the Obama administration's mishandling of the Ebola crisis, correspondent Chip Reid touted a Democratic attack line being used against Republicans in the midterm campaign: "Some Democrats are firing back, claiming that Republican spending cuts have made the problem worse....An independent liberal group called The Agenda Project has even released a new ad with the tag line, 'Republican Cuts Kill.'"

After playing a clip of the nasty ad, Reid didn't bother to mention that The Washington Post completely dismantled the false accusation. Fact-checker Glenn Kessler reported on October 15: "The absurd claim that only Republicans are to blame for cuts to Ebola research....Whose idea was sequestration? It was originally a White House proposal....For fiscal year 2015, the documents show, it was the Obama White House that proposed to cut the NIH's budget from the previous year."

Reid concluded: "Another effect could be the public's confidence in government as a whole, which according to recent polls, is at or near an all-time low."

Here is a full transcript of the October 21 segment: 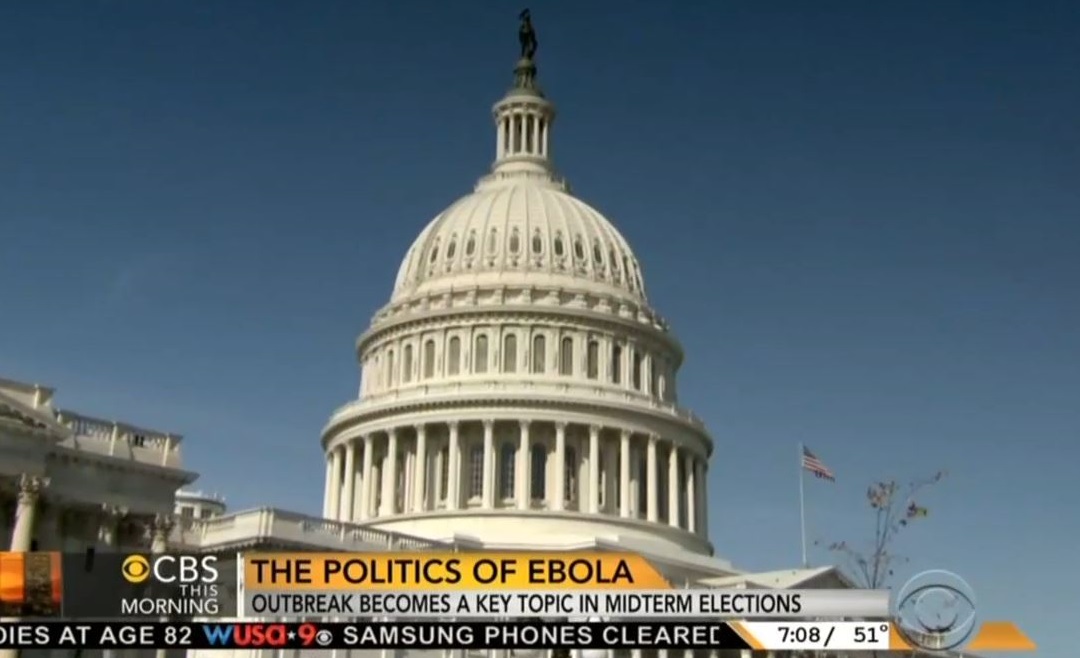 NORAH O'DONNELL: The Ebola crisis is a prominent talking point for candidates in the midterm elections. Election day is just two weeks from today. Chip Reid is on Capitol Hill with how Republicans and Democrats are using Ebola to score political points. Chip, good morning.

CHIP REID: Well, good morning. That's right, in recent days candidates on both sides of the aisle are trying to use the public's fear of Ebola to their political advantage.

BARACK OBAMA: We've faced a lot of challenges, from stopping the spread of disease to combating violent extremism.

REID: ...to contenders for the U.S. Senate, candidates across the country are talking about Ebola and blaming the other side. Republicans are doing their best to tie their opponents to a White House under fire.

REP. TOM COTTON [R-AR]: Mark Pryor always stands by Barack Obama, whether it's the VA, the IRS, the Secret Service, our border crisis, or now, Ebola. 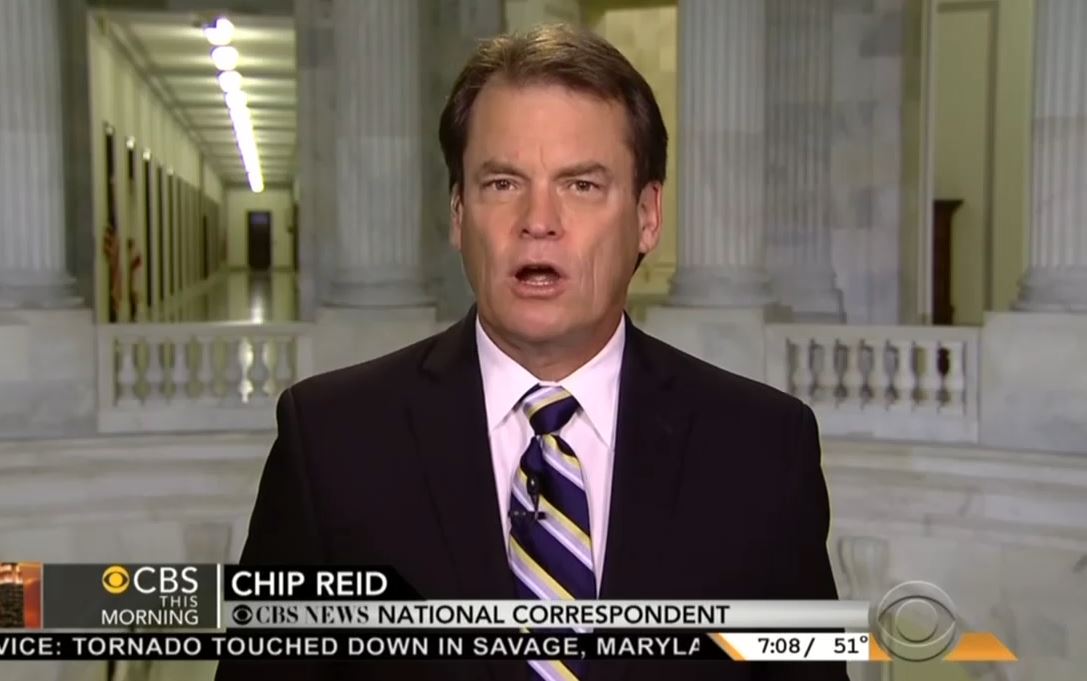 REID: Some Democrats are firing back, claiming that Republican spending cuts have made the problem worse.

MARK WARNER: Francis Collins, the head of the NIH said that but for sequestration, we might have been able to find a vaccination against Ebola.

REID: An independent liberal group called The Agenda Project has even released a new ad with the tag line, "Republican Cuts Kill."

THOMAS FRIEDEN [CDC DIRECTOR]: There are outbreaks happening today that we're not able to recognize, stop, or prevent as effectively as we should be able to.
REID: CBS News contributor and Republican strategist Frank Luntz said the government's mishandling of the crisis is likely to hurt incumbents the most.

REID: Another effect could be the public's confidence in government as a whole, which according to recent polls, is at or near an all-time low. Charlie.

ROSE: After taste and style – Chip, thanks.