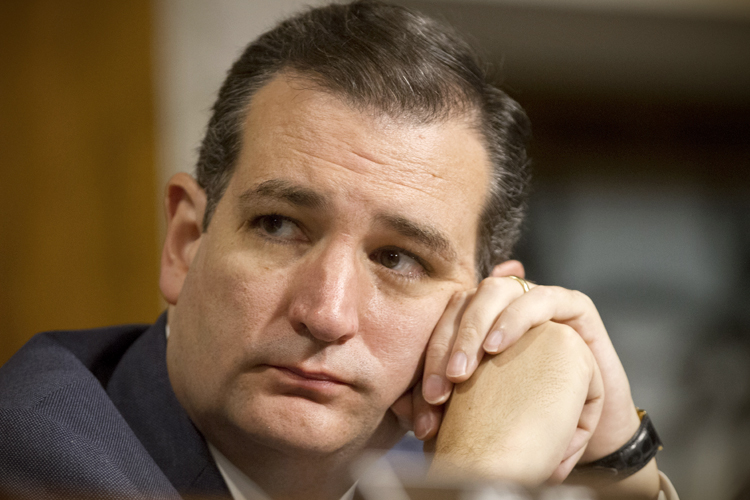 Can you imagine the uproar if a conservative paper called a black Democrat candidate, “uppity”? Well the ultra-liberal elitist New Yorker magazine was caught doing just that -- towards a Hispanic GOP senator,Ted Cruz.

Twitchy first reported on the gaffe, after one Twitter user highlighted the offending term in the New Yorker article by longtime liberal journalist, John Cassidy:

By the way, did you guys miss the @NewYorker calling a Latino U.S. Senator "uppity"? http://t.co/MsDBb8qmGQ pic.twitter.com/bsXl1MlOTA

Cassidy later issued an apology for using the term, as he said, “inadvertently”:

Update: In describing Senator Cruz’s aggressive actions during his first year in the Senate, I originally used the word “uppity,” which means, according to Webster’s, “acting as if you are more important than you really are, do not have to do what you are told to do, etc.” However, the word also has some disturbing historical connotations that I overlooked, and in applying it to a Latino politician, I goofed. If I gave any offense, however inadvertently, I am sorry.

But Cassidy is not new to this game. He has been employed by The New Yorker since 1995 and has a proven penchant for slamming conservatives.

Good on Cassidy for admitting that he “goofed.” Bad on Cassidy for following this admission with a classic refrain in the apologia oeuvre: “If I gave any offense, however inadvertently, I am sorry.” As an experienced commentator — a staff writer at New Yorker since 1995 — Cassidy should know what he’s up against here — the great American pastime of examining, parsing and dismembering the meae culpae of media people. Get ready for the avalanche of outrage over this sorry-if-anyone-took-offense formulation.

Twitchy pointed out the media’s hypocrisy when it comes to politicians that use jargon with heavy racial undertones:

This week he called Ted Cruz—the son of a Cuban immigrant—”uppity.” Had any right-of-center commentator used that word to describe a Democrat of minority ethnicity, MSNBC would already be presuming his membership in the KKK.

Actually, this isn’t the first time the Left has done this to Cruz. Numerous media outlets, from NPR to MSNBC have erroneously claimed Cruz wasn’t eligible to run because he wasn’t a “natural born citizen.” Somehow it’s not racist to imply a man born in Canada of Cuban heritage isn’t eligible to run for POTUS but it totally is when that guy is a black Democrat.