'Daily Show' on Ferguson: Whites Bringing Up Black-on-Black Crime Should ‘Go ‘F**k Themselves’

On December 2, Jon Stewart brought on "The Daily Show" “Senior Black Correspondent" Larry Wilmore to bash conservatives for calling out the more deadly epidemic of black on black crime in light of the Ferguson protests. Wilmore is about to take over the "Colbert Report" spot at 11:30 pm after Jon Stewart with "The Nightly Show."

Playing CNN clips of Mayor Rudy Giuliani and others calling out the media to talk about the “real epidemic” of black-on-black crime, Stewart asks Wilmore, “What do you say to those people?”

“Oh, I don’t know Jon. I would say maybe they should probably go fuck themselves.” This response of course garnered cheers and applause from the audience. He continued:

Wilmore answers, “It is Jon! But it’s a black on black conversation. Just because you’re not hearing it doesnt mean its not happening. Go to any black church on Sunday.

Wilmore then called Ferguson an issue of “racism” which he and Stewart insinuated was of higher importance than the epidemic of black on black crime:

WILMORE: But it’s not like black criminals are the only thing killing black people. Diabetes, stroke and heart disease, are kicking black on black crime’s ass. Okay? But nobody’s saying we need to get rid of those before we can talk about racism.

STEWART: Do you think people are using this argument, as a way to invalidate the righteous nature of any of the protests?

WILMORE: Well Jon, people are using a lot of arguments to invalidate the protests.

A Bill O’Reilly clip was played where he stated that there was “more bias against blacks” because of the violent and disruptive protests. At this statement, the audience booed, and Wilmore continued, 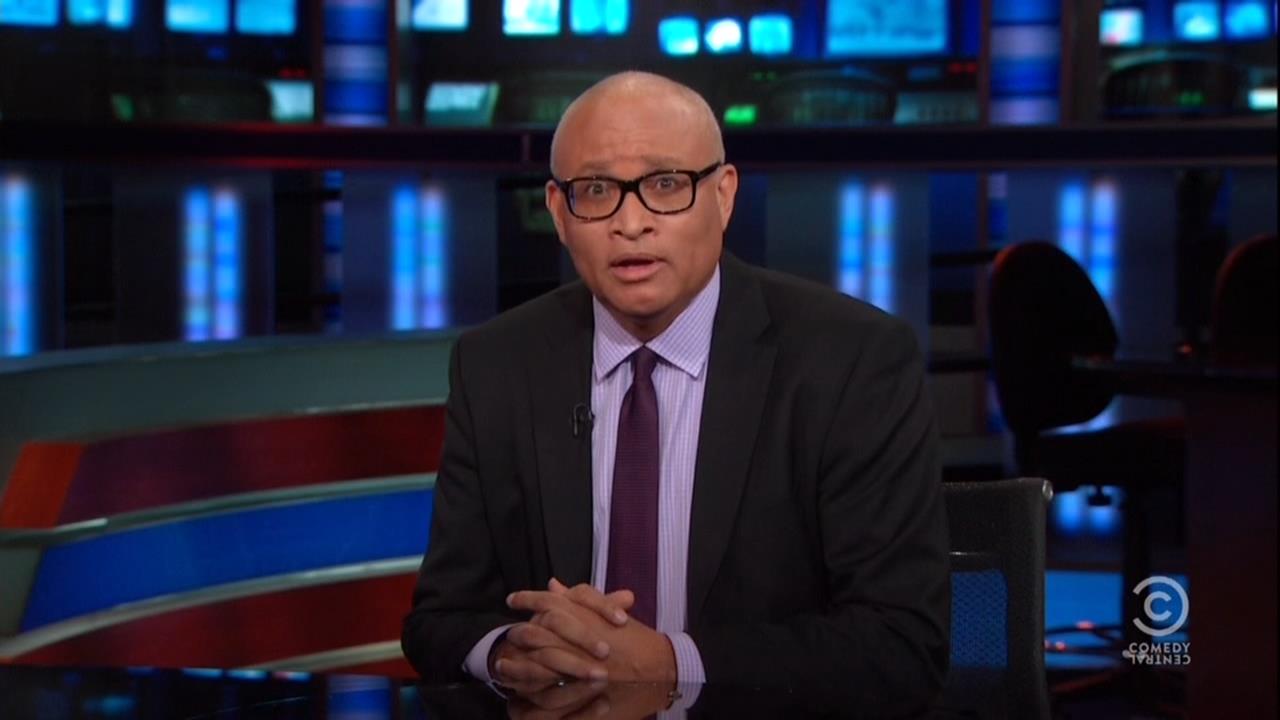 While playing images of O’ Reilly, Goldman Sachs, white rioters at a pumpkin riot in New Hampshire and the band Nickelback, Wilmore said, “You know,I have a dream Jon, that one day the actions of a few shitty white people will be seen as discrediting their entire race.”

Where Wilmore misled, is that the Ferguson looters and rioters are not “few in number.” The town of Ferguson was virtually ransacked and burnt down since August by rioters, and similar riots and looting continues to go on in cities around the country.