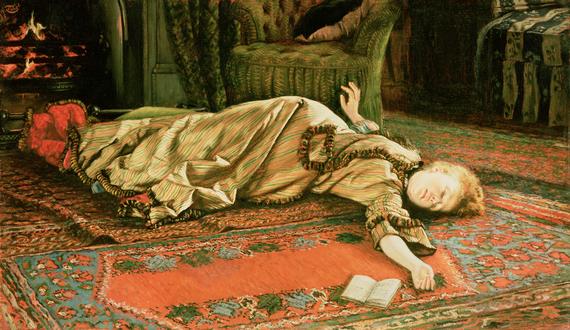 What if they gave a war on women and nobody came? Liberals may be in the process of finding out.

In 2012, Democrats and their media parrots made hay accusing conservatives of waging a “war on women.” This election cycle, they’re doubling down. Their demands for “women’s rights” are more aggressive, expansive, and extreme as they look for any club to beat back possibly decisive losses November 4.

But that may be backfiring. A recent October AP-GfK poll revealed that more women are shifting to support Republican candidates this election. The poll revealed 44 percent of women prefer a Republican Congress, while 42 percent prefer Democrat. That’s a nine point increase since September, which is crucial as November elections draw nearer.

The “gender gap” appears to be closed. The party that champions “women’s rights” should take note, because even the media has. CNN’s Stephen Collinson wrote Oct. 27 that the “so-called war on women...may be losing some of its luster.”

The Wall Street Journal noted the trend in an Oct.9 article by Kimberley A. Strassel. She noted that Colorado Sen. Mark Udall has been dubbed “Mark Uterus” for how often the Dem. Senator speaks about women’s body parts. Strassel explained how Democrats spent as much as 60 percent of their budget for TV advertising this election hitting Republican’s for the “war on women.” But, she claims, they aren’t making any sway with voters.

Kathleen Parker of The Washington Post agreed and called the so-called war “silly” and “selective”, noting that Democrats themselves insult and demean women all the time, yet claim that they are the party for women.

We saw in the election of 2012, how the liberal media selected what to slam and what to ignore. The media ran with stupid comments by a House Republican, while ignoring the foolish comments made by Democrats; even showing more sympathy for actual rapists and murderers then they would for a conservative who said something dumb about rape.

Not much has changed. Last week, CNN 's Carol Costello laughed and jeered at the news that Bristol Palin, daughter of Sarah, was assaulted in a bar fight. When Democrat candidate Vincent Sheheen called his Republican opponent Gov. Nikki Haley a “whore” during a speech, he neither apologized nor did the media cover his blunder. It’s hard to imagine that the media would ignore if a Republican tried the same thing on his Democrat female counterpart.

Sarah Palin noted the contradiction, responding on Facebook, “It strikes me as bitterly ironic that the same people who tell us there is a ‘war on women’ have no problem laughing at the recording of my daughter crying as she tells police about being assaulted by a man.”

The Democrats and the media meanwhile attacked a GOP ad made by women as “sexist” and “demeaning” because it was a parody of a television show about wedding dresses.

Over the last year, the media has been happy to feature President Obama’s rhetoric about the “wage gap” between men and women, which he called an “embarrassment.” Meanwhile, in Obama’s White House, women are paid just 88 cents on the dollar compared to men. Though print and online media covered the inconvenient fact, the broadcast networks mentioned it just once in 22 reports on equal pay. Mostly they spoke of Obama’s “assault” on the pay gap and puffed that he “boosts equal pay for women.”

The failing war is not just selective but silly. The year started with pop stars and female CEOs taking the media by storm by addressing the need to fight sexism through banning the word “bossy.” They claimed that girls being called “bossy” was part of the sexist war on women and stopped girls from pursuing higher-paying careers. It’s hard to imagine which was sillier; the reasoning for the ban, or the ban itself.

Regardless, people aren’t buying it. Feminists made no ground in banning “bossy,” and they haven’t made anything but noise in banning other things they find offensive either.

One of the more recent battles they waged was on school dress codes. The liberal, feminist media called them “sexist” “racist” and even “homophobic.” Feminists successfully encouraged young girls to rise up and rebel against their faculty for requiring standards for dress, though it appears liberals aren’t changing any one else’s minds except for some impressionable school girls.

And, though abortion is far from a silly issue, the way some feminists approach it is plenty absurd.

Blogger Andrea Grimes of RH Reality Check wasn’t keen on this summer’s internet-viral #IceBucketChallenge, so she decided to create one of her own: the #TacoOrBeerChallenge – to fund abortion. “I want you to eat a taco, drink a beer, and fund abortion,” she wrote. Hilarious, isn’t it?

Left-wing comic Sarah Silverman did a pro-abortion PSA in which she hung out with “Jesus F-ing Christ” and raised money for abortions in Texas with the “Night of a Thousand Vaginas.”

If that wasn’t inane enough, Democrats have moved from the silly to the offensive, and that might be the reason why so many women are turning away from the party. Witness the liberal media hysteria that followed the Supreme Court’s “Hobby Lobby” decision this past summer. On July 3, National Organization for Women President Terry O'Neill told MSNBC’s Ed Schultz:

“It's shocking that John Roberts has taken the court in the direction of waging actual war on women.” Compared to many on the left, O’Neill was the voice of reason.

On July 8, Salon’s Paul Rosenberg shrieked that “right-wing propaganda about ‘religious liberty’” is a smokescreen to hide the fact that conservatives are pushing for “the advancement of theocracy,” or as Rosenberg put it “religious dictatorship.”

The practical effect of “Hobby Lobby,” Rosenberg wailed, is that “women in more than half the nation’s workforce can now be deprived by their employers of their most basic reproductive rights, involving birth control, not abortion.” Those basic reproductive rights that didn’t exist until the Sebelius HHS tacked them on to ObamaCare in a sop to the feminist left? Heaven deliver us from the dark days of 2008!

More recently “FckH8,” a liberal fundraising group or tee-shirt company, depending on who you ask, used little girls to scream profanities in the name of “women’s rights” for a new ad. Network of Enlightened Women Founder and President Karin Agness wrote in TIME that the ad was “the latest example of feminism gone wrong in America.”

But perhaps the war on women rhetoric is starting to backfire. At a recent debate, New York Democratic House candidate Martha Robertson drew groans from the audience when she pulled the “war on women” card. She began to accuse her GOP opponent Rep. Tom Reed as being “part of the war against women,” before she was interrupted by groans and laughter from the audience.  When Reed responded to Robertson’s accusation, calling the phrase “offensive” and “just not accurate”, the audience cheered.

The fact that this phrase now draws groans from an audience in deep-blue New York is telling. The war on the war on women isn’t going according to plan.