On the November 17 edition of Hardball, MSNBC anchor Chris Matthews and MSNBC contributors Howard Fineman and Eugene Robinson offered some criticism, albeit pretty mild, of President Obama's veto threat for a bill which would greenlight the Keystone XL oil pipeline.

Of course, the criticism was couched more in a political perspective -- Obama stands alone even among Democrats on the issue -- rather than on policy merits -- Fineman insisted, for instance, that Keystone "doesn't make a whole let of sense" economically for the United States.

"It seems to me that the country, overwhelmingly, per capita, is for this Keystone pipeline. They like energy, they like any job they can get. It's infrastructure to most people," Matthews observed, adding that President Obama is staking himself out as the "Lone Ranger" against Keystone with his veto threat of a bill likely to pass the Democrat-controlled Senate on Tuesday. 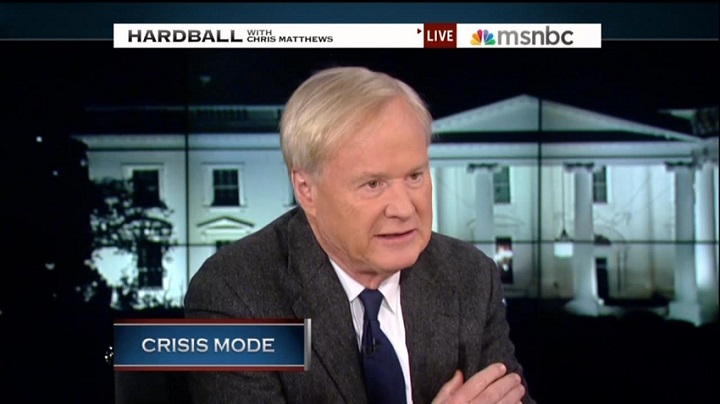 "I'm not sure that, deep down inside, he cares that much about all this," Robinson added, prompting laughter and hearty agreement from Matthews:

That's the part I have the hard time-- I'm with you on that! He says he's yet to hear the case for it.

Ultimately, however, "I think he's got to veto it," Robinson concluded, citing how Obama "laid down this marker" and has to stand his ground.

Of course, "all the western Democrats... they want this pipeline" and what's more "60 percent of the American people want it," Matthews noted. On top of that, "unions want it," Fineman offered, prompting Matthews to quip:

Why don't they make some noise so we can stop arguing about this thing? The unions used to make decisions for us!

Seemingly to answer that, panelist Eugene Robinson shot back that Obamaphilic young voters are the ones most opposed to the pipeline:

The reason probably has more to do with the Tom Steyers of the Democratic Party donor base than millennial Obama voters who failed to turn out to vote in 2014, of course, but the environmentalist mega-donor was not mentioned in the segment.