It’s a new notion to make abortion “funny”: draw a graphic novel about abortion that doesn’t actually show an abortion. Because, well, the sight of baby remains is anything but.

Hailed as the “first graphic novel about abortion,” Not Funny Ha-Ha by artist Leah Hayes illustrates two women going through the “abortion process.” In it, Hayes attempts to show an “often funny,” “even humorous look at what a woman can go through during an abortion.” Already some in the media have recognized the “abortion story that needs to be heard.” 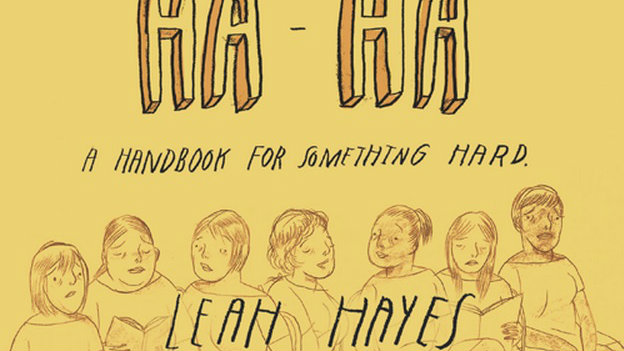 Published by Fantagraphics, the graphic novel goes on sale August 8. Hayes originally tried to self-publish through crowdfunding site Kickstarter (infamous on topics like abortion), but the 100-120 page book raised only $3,680 of its $20,000 fundraising goal. Hayes begins readings of the book in L.A. next month.

“[The book] follows them through the process of choosing a clinic, reaching out to friends, partners, and/or family, and eventually the procedure(s) itself,” the site’s summary read. “It simply shows what happens when a woman goes through it, no questions asked.”

But despite no questions, the book eagerly offered answers – by normalizing abortion in a humorous way.

“Despite the fact that so many women and girls have abortions every day, in every city, all around us, it can be a lonely experience,” the description urged. “Not Funny Ha-Ha is a little bit technical, a little bit moving, and often funny, in a format uniquely suited to communicate [emphasis added].”

In the description, “humor” was stressed repeatedly.

The book is “meant to offer a “non-judgmental, comforting, even humorous look at what a woman can go through during an abortion [emphasis added],” the summary continued.

As the author, Hayes distanced herself from her project.

“The author takes a step back from putting forth any personal opinion whatsoever, simply laying out the events and possible emotional repercussions that could, and often do occur,” the site read.

On Twitter and on Kickstarter, Hayes released teaser pictures from her book. One of the pictures shows a woman having an ultrasound – without an image of her unborn baby on the monitor. 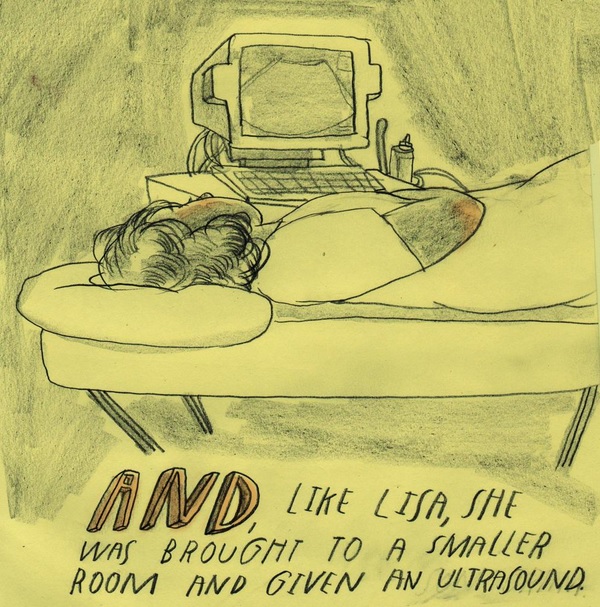 Rather than illustrating an actual abortion (like where “tiny arms and legs” are pulled apart), Hayes drew a picture of the ceiling with the words “She could hear the humming of instruments.” 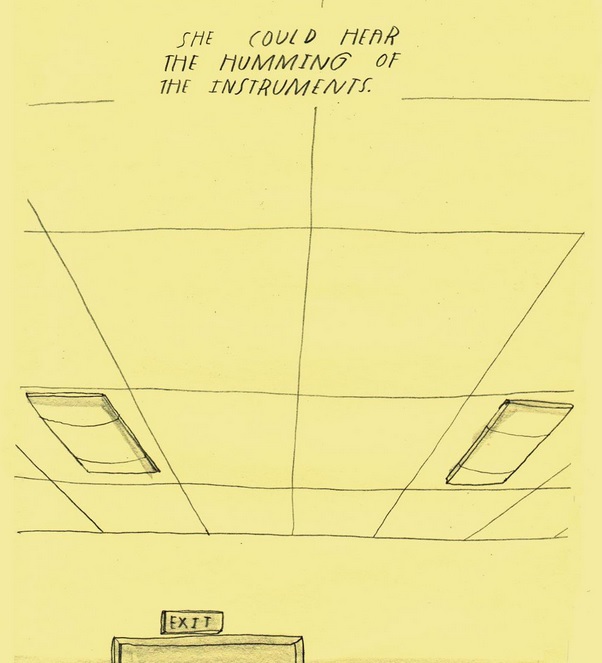 The Kickstarter description offered a more detailed account of the novel.

“It takes the viewer through the process from the waiting room to the bathroom to the weeks after, when the girls have gone ‘back to real life,’ [emphasis added]” the site read.

On the crowdfunding site, Hayes admitted that she faced challenges with her project.

“This is a tricky book project in some respects, but one that is very important to me to get out and into the world,” Hayes wrote. “It is meant to tell a story, but also offer some ‘technical’ insight, in order to quell concerns and/or fears that may not have been answered in the doctor's office, or online.”

“The hope is that is will give a sense of ‘we-are-not-alone’ for many girls, women, families, and men who are touched by abortions,” she said.

To her credit, she admitted at the bottom, “There can be sadness/anxiety/depression that can arise days, months, even years later.”

But the graphic novel seems to encourage abortion rather than support women who regret their choice. 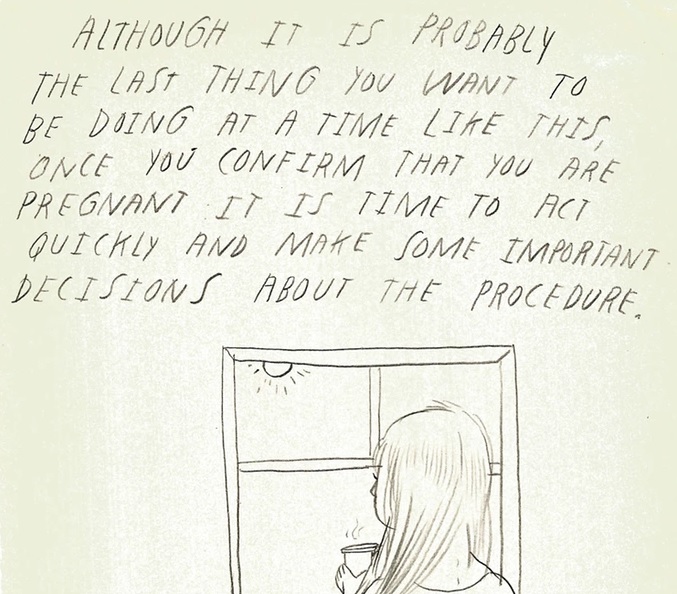 Winning a media endorsement already, the book captured the attention of The Huffington Post, which called the graphic novel an “abortion story that needs to be heard.”

Likening the artwork to the “abortion romantic comedy” Obvious Child, HuffPost spoke with Hayes about her upcoming project. Hayes insisted that the book wasn’t political.

"The main thing for me is that I don't really want to offer this graphic novel as a political stance on abortion," Hayes said. "I wanted to illustrate JUST that time, from when you make an appointment to when you are 'done' and going back to every day life. A lot happens during that period of time that is not political, just doing what you need to do, and dealing with the emotional ups and downs of having surgery."