Lakisha Who? NPR Showcases Cleveland Abortion Clinic, Skips the Woman Who Died There

This is truly shocking, either a new low in yellow journalism or an incredible display of shoddy research.

The slant of the March 3 NPR article by Jennifer Ludden was in its title: “Abortion restrictions complicate access for Ohio women.”

Ludden worried “a steady stream of abortion restrictions over the past four years has helped close nearly half the state’s clinics that perform the procedure,” then went on to blame the state, not substandard clinics or abortionists.

“We are more fully booked, and I think we have a harder time squeezing patients in if they’re earlier in the pregnancy,” says Chrisse France, executive director of Preterm. It’s one of just two clinics still operating in Cleveland, and its caseload is up 10%.

France says women are also coming from farther away, from places that used to have clinics but no longer do. Because Ohio mandates an in-person meeting with a doctor followed by a 24-hour waiting period, women must come twice or stay overnight….

Ohio restricts the use of drugs that induce abortion early on, the method chosen by about a quarter of all women who end a pregnancy.

Then there’s the state’s confusing requirement for a fetal viability test after 20 weeks of pregnancy. Fetuses are generally not considered viable until several weeks later. But Dr. Lisa Perriera, an OB-GYN at Preterm, says there is no such test.

“The laws say that we have to do some kind of testing,” she says. “They don’t tell us what kind of tests to do, nor do those tests even really mean anything. It’s just another hoop to jump through.”

Preterm came up with its own test based on a fetus’s age and weight.

These people are so galling in so many ways, I scarcely know where to start. 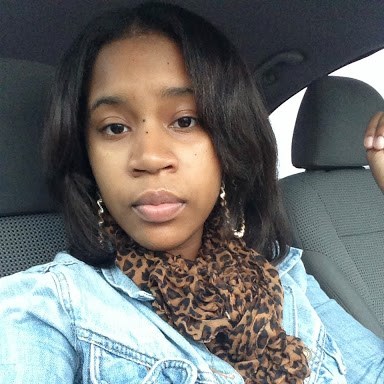 But I’ll try, beginning with the name Lakisha Wilson (pictured right), which incredibly never came up in Ludden’s piece.

Wilson was a 22-year-old pregnant mother who died less than a year ago on March 28, 2014, as a result of a botched abortion at Preterm on March 21. Wilson died of cardiac arrest following hemorrhage, according to the autopsy report.

According to the date of her last period, Wilson was 23 weeks and 1 day pregnant on the day of her abortion. But the fetal dating test “Preterm came up with” pronounced her 19 weeks and 4 days pregnant, a big difference of nearly four weeks.

The risk of maternal mortality related to abortion skyrockets after 20 weeks. Nevertheless, if abortions in Ohio are banned after babies are viable, and babies are potentially viable at 23 weeks, wouldn’t there be an obvious financial and legal incentive for clinics to render abortion victims decidedly younger than 23 weeks?

Perriera was at the epicenter of Wilson’s abortion catastrophe. According to the EMT report, she applied a pediatric mask to Wilson. I’ve been in my share of codes, and I can’t imagine this sort of glaring error ever happening. From the DHHS investigator’s notes:

What else could she say? Incompetent.

The EMT report stated: “EMS unable to utilize backboard or intubate pt in the building due to the elevator being so small that EMS had to sit the pt up on the cot and ventilate pt in a sitting position.”

That’s exactly why there should be abortion clinic regulations. Precious minutes were lost as EMTs had to scramble to reposition Wilson on the gurney and then delay intubation.

This wasn’t the first time Preterm’s elevator gave EMTs problems. The Preterm employee on this 2012 call gave the 911 operator a heads up that the elevator to their 3rd floor office was down (at 0:22), so EMTs had to carry a 300 pound bleeding post-abortive mother (at 2:35) down two flights of stairs.

But Ludden quoted NARAL Ohio’s Kellie Copeland (located in the same building as Preterm, on the 4th floor) lamenting about the “relentless barrage of restrictions [that] has left providers feeling besieged.”

Poor things. Copeland even asserted on national radio that "At no time in history, at nowhere around the globe did outlawing abortion mean that women stopped having them. What it meant was they became dangerous."

The NPR article was a sham, a propaganda piece for abortion that aids and abets an industry that hurts and kills women – and is audacious about it.

[HT and many thanks to Cheryl Sullenger of Operation Rescue. A clip of the phone call when Preterm called for EMTs for Lakisha is here.]