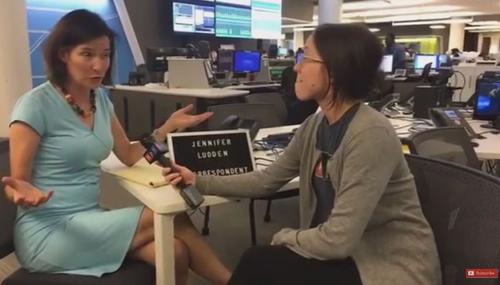 Business
Mira Ebersole
August 19th, 2016 3:36 PM
“Should We Be Having Kids In The Age of Climate Change?” That was the audacious question NPR’s website and “All Things Considered” radio show asked on Aug. 18, as it promoted a college professor’s “radical” proposal that people need to have fewer children because of the “prospect of climate catastrophe.” 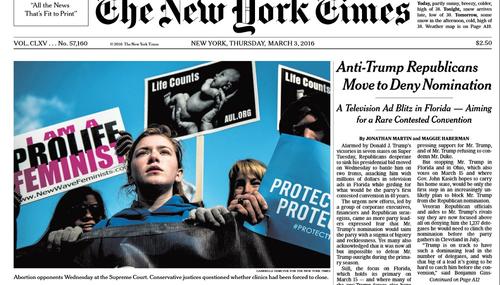 Matthew Balan
March 3rd, 2016 5:07 PM
Radical feminists turned against the liberal New York Times, after the above-the-fold picture on the front page of Thursday's edition featured three pro-life women. The trio were picketing in front of the Supreme Court on Wednesday. One held a sign which read, "I Am A Prolife Feminist." Planned Parenthood president Cecile Richards posted on Twitter, "@NYTimes forgot to take photos of the 3k folks… 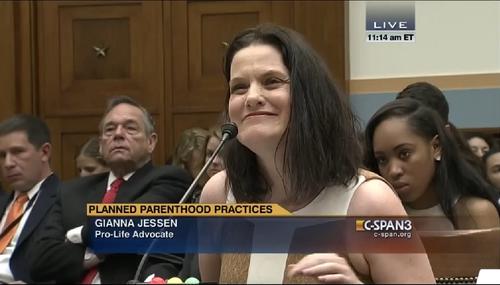 Matthew Balan
September 10th, 2015 4:47 PM
NPR's Jennifer Ludden's liberal bias was clear on Wednesday's All Things Considered, as she covered a congressional hearing on abortion from earlier in the day. The House Judiciary Committee scheduled the hearing in the wake of the Center for Medical Progress's release of hidden camera videos on the sale of organs and tissues from abortion babies. Ludden pointed out how "Planned Parenthood denies… 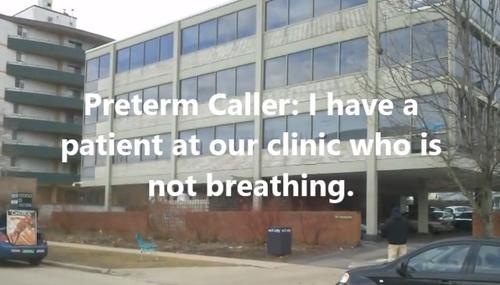 Jill Stanek
March 7th, 2015 4:24 PM
NPR aired a story on how "abortion restrictions complicate access for Ohio women." Jennifer Ludden focused on a Cleveland abortion clinic called Preterm. Abortion advocates complained that pro-lifers were making abortions more dangerous with their restrictions. Nowhere in this story did NPR ever notify their national audience that Lakisha Wilson died from complications caused in the Preterm… 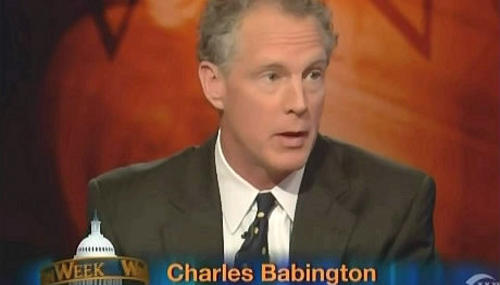 Matthew Balan
June 1st, 2011 9:32 AM
On Tuesday's Morning Edition, NPR's Jennifer Ludden all but acted as an proponent of egg donation and freezing to preserve women's fertility, but failed to acknowledge the dangers associated with the donation process, ranging from negative psychological effects to kidney failure and death. Ludden barely touched on other risks to the procedures, such as using them to permit women over 50 become…