On Sunday’s Meet the Press, Chuck Todd, NBC News Political Director, one again played the role of Hillary Clinton apologist as he defended the former Secretary of State from suggestions that she doesn't understand the challenges facing the average American.

Speaking to his panel, Todd argued that Hillary’s inability to connect with voters was “not necessarily her fault. I mean, she's had Secret Service protection for 22 years. That is tough.”

Chuck Todd’s comments came in response to clips of former Governor Jeb Bush (R-FL) and Ms. Clinton speaking about the challenges of political life. The Meet the Press moderator excused Ms. Clinton’s problem relating to voters and pointed out that for “twenty-two years, she hasn't walked alone.”

Unsurprisingly, this was not Todd’s first time defending Ms. Clinton from criticism. During her book tour in June of this year, Clinton claimed that after she and Bill were “dead broke” after leaving the White House in January of 2001. True to form, Todd rushed to Hillary’s defense and insisted that “it’s not a bubble she chose” and played up how “it’s been 22 years since she’s been able to walk alone outside without Secret Service protection.”

As the brief segment wrapped up, the discussion turned to Jeb Bush who John Stanton of Buzz Feed claimed was too nice to be the Republican nominee for president in 2016:

I think Jeb is looking at the reality that the notion is that he can't win the primary because he's too nice and too affable and isn't really going to go out there and bang on Democrats the way that conservatives will. 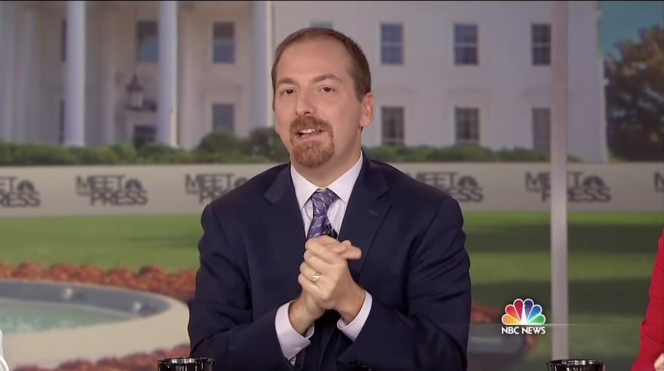 JEB BUSH: I kind of know how a Republican can win, whether it's me or somebody else. And it has to be much more uplifting, much more positive, much more willing to be practical now in Washington, where you lose the primary to win the general without violating your principles.

HILLARY CLINTON: You need people starting in your family, but going to your friends, beyond a larger circle, who will really be there for you and continue to treat you like a human being. Because you can easily lose touch with what's real, what's authentic.

CHUCK TODD: Wow, both Jeb and Hillary, a little unplugged, John Stanton. I mean, I thought it was interesting, and both of them were trying to show there's some authenticity, trying to show they're not totally trying to play a political game here.

JOHN STANTON: Well, I think Jeb has less of a problem with that than Hillary. She clearly has had troubles with this whole issue of does she understand what it's like to be a real person. You know, like--

TODD: I mean, that's not necessarily her fault. I mean, she's had Secret Service protection for 22 years. That is tough. 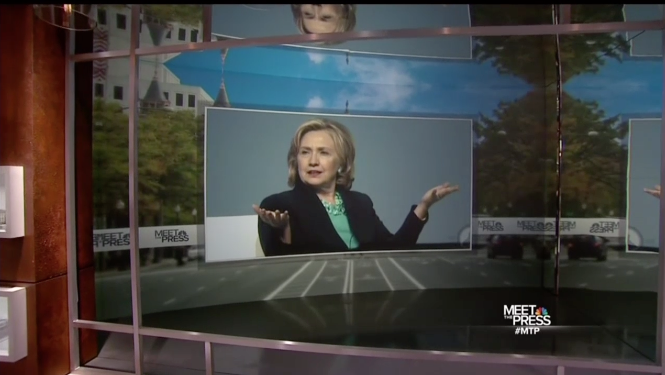 JOHN STANTON: You know, she's had a couple of, you know, bad gaffes of saying things about what qualifies being middle class, things like that. And I think she's trying to at least acknowledge that she's got these problems and take it head on which I think is pretty smart on her part. And you know, I think Jeb is looking at the reality that the notion is that he can't win the primary because he's too nice and too affable and isn't really going to go out there and bang on Democrats the way that conservatives will. And I think that’s sort of what they're both trying to look at.