Meet The Press Insists Repealing ObamaCare Is ‘So Retro’

On Sunday, Senator Rand Paul (R-Ky.) spoke with Meet the Press moderator Chuck Todd to discuss the future of the Republican Party. Following the conclusion of the interview the MTP panel eagerly criticized the Kentucky Republican for daring to call for a repeal of ObamaCare if the Republicans win control on the Senate.

Andrea Mitchell, NBC News Chief Foreign Affairs Correspondent, argued that repealing ObamaCare was “a waste of time, it contributes to gridlock…it’s so retro.”

Moderator Chuck Todd eagerly agreed with his NBC colleague and argued that repealing ObamaCare would “set the wrong tone” before wondering how would the GOP even “do it.”

Conveniently, both Mitchell and Todd ignored the fact that 51 percent of Americans are opposed to ObamaCare with a mere 38 percent in favor of the law but that didn't stop the NBC hosts from mocking the law's opponents as being "retro."

After Andrea Mitchell blasted Senator Paul over ObamaCare, the host of Andrea Mitchell Reports turned to MSNBC’s favorite issue, voting rights to argue that “he’s parsing it on voter ID. I don't think he’s got the facts rights right about it.”

Chuck Todd insisted that Rand Paul was just “trying to please the base because the base has this, it’s sort of a fetish.”  For his part, Joe Scarborough, co-host of MSNBC’s Morning Joe, pushed back and argued that “it's not a fetish. There are some of us that actually believe…I don't think most Americans are freaked out when you say you should show a picture ID when you go vote. 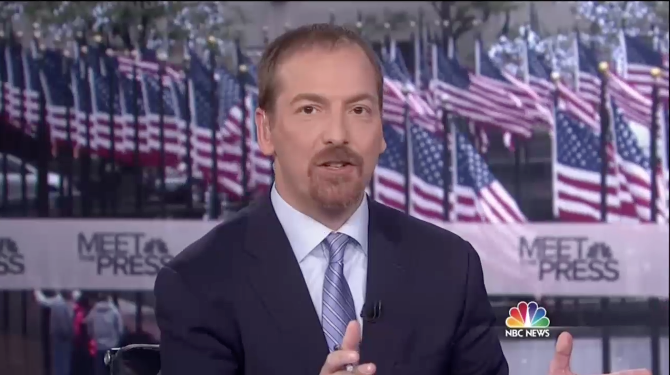 CHUCK TODD: Let’s get a quick reaction from the panel. Joe, I saw you --

TODD: Rand Paul has figured this out.

ANDREA MITCHELL: He’s figured it out. That is smart, except for the repeal of of ObamaCare which is a waste of time, it contributes to gridlock.

TODD: And it's going to set the wrong tone. 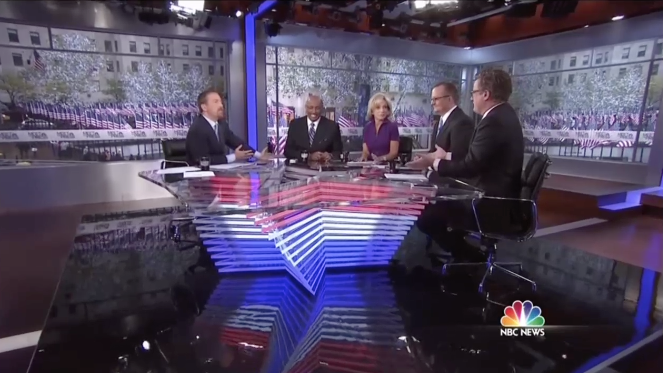 MITCHELL: Exactly. But everything else that he said and talking about reaching out, being there, showing up, going to the African-American community. I think he’s parsing it on voter ID. I don't think he’s got the facts rights right about it.

TODD: He’s trying to please the base because the base has this, it’s sort of a fetish.

SCARBOROUGH: It's not a fetish. There are some of us that actually believe.

TODD: Is there a problem? Is there voter fraud?

SCARBOROUGH: By the way, I got 50% among the African-American voters in my district. And I campaigned in predominantly black districts. I don't think most Americans are freaked out when you say you should show a picture ID when you go vote.

TODD: I think the issue is sort of how many forms.

SCARBOROUGH: By the way, he is right. It shouldn't be -- Republicans shouldn't lead with that. It’s not a big deal.