Wrong, Bill Maher - Reporting in '70s on Global Cooling Not Limited to Single Story in Newsweek

On his HBO show last night, comic Bill Maher made a dubious claim about the alleged lack of widespread reporting in the 1970s on global cooling, an assertion that even his core audience of confirmed stoners must have known was inaccurate.

Maher claimed that media accounts of the purported phenomenon were limited to a single story in a major news magazine for the entire decade -- which is true only if one ignores the scores of other stories across the spectrum of media during that period.

Or how about this one (quotes Sen. Ted Cruz) -- Let's not panic about the earth warming, "in the '70s everyone was told global cooling was a really big problem." No, not everyone -- just one article in Newsweek that for the deniers is the Dewey Defeats Truman of science. The one time a newspaper in 1948 Chicago got an election result wrong and it proved that journalism is a hoax and Chicago is just a theory.

But here's the thing about that Newsweek story -- it didn't say an overwhelming consensus of scientists thought the earth was cooling, it said a few were floating that theory.

Only "a few"? Here's what the article (since retracted) reported --

Meteorologists disagree about the cause and extent of the cooling trend, as well as over its specific impact on local weather conditions. But they are almost unanimous in the view (emphasis added) that will reduce agricultural productivity for the rest of the century. 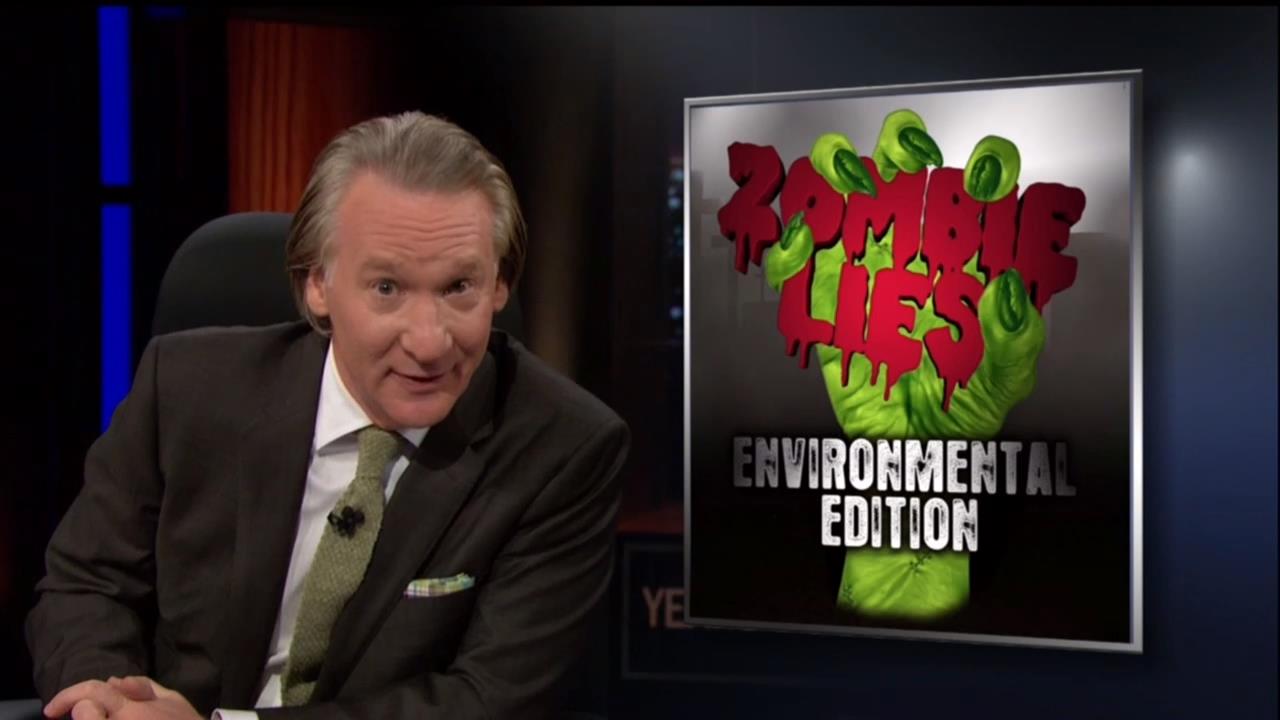 But heck, who's counting? And is it not reasonable to infer that warming temperatures would increase "agricultural productivity?" More from Maher, en route to maligning Republicans as "prostitutes" to energy interests --

Or as Mike Huckabee remembers it, "When I was in college, all the literature at the time from the scientific community said that we were all going to freeze to death." And again, by all the literature he means that one Newsweek article, as if Newsweek is Nostradamus.

Come to think of it, scientists who warn of global warming -- based on computer models of future climate trends -- might also be mistaken for Nostradamus.


Turns out the Newsweek story from April 1975 was merely the tip of a vast icesheet of reportage extending from start to end of the '70s. Here's a sampling from 1970 alone --

"Is Mankind Manufacturing a New Ice Age for Itself?", Los Angeles Times, January 15

And these are just from major newspapers that year, not counting smaller publications, as compiled in an extensive listing at PopularTechnology.net that includes scores of other articles throughout the decade.

The Popular Technology post also includes this video, titled "The Coming Ice Age," excerpted from a 1978 episode of the popular television series In Search Of ..., narrated by the late Leonard Nimoy. A scientist who appeared in the segment, Stanford University's Stephen Schneider, later became a global warming alarmist and adviser to Al Gore. (Pay no attention to my previous predictions of imminent frostbite!).

Any account of media warnings in the 1970s about global cooling would be incomplete without CBS anchorman Walter Cronkite, the oft-touted most trusted man in America (and proposed VP candidate for Democrats in 1972) weighing in with trademark voice-of-God gravitas --

Cronkite reported on this in September 1972 -- which is all the more amazing when one considers that the Newsweek story cited by Maher wasn't published until more than two years later.