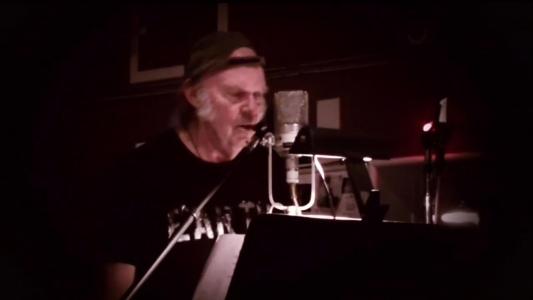 On Thursday, Charlie Rose invited singer-songwriter Neil Young on his PBS show to promote his latest album and played a clip of the Woodstock-generation singer’s first single - basically an anthem against Big Oil called “Who’s Gonna Stand Up?” In the clip Young calls for the end of fossil fuel and fracking. Here are some of the lyrics:

Within seconds after playing the clip the PBS host also asked Young about his new memoir in which the singer “covers everything from his love of cars and painting to his crusade for Mother Earth.” However, Rose never once asked the environmental activist if he felt guilty about all the fossil fuels he’s used in his cars or his painting. Rose also never mentioned all the fossil fuels used in the promotion of Young’s over 50 year-long career in the production and transport of his vinyl records, tapes, CDs. Rose also didn’t bring up the fossil fuels that were utilized in sending Young, his band and crew members on all those tours over the years.

The following transcript is from the October 30 edition of PBS’s Charlie Rose show:

CHARLIE ROSE: Neil Young is here. Many consider him one of the most influential singer- songwriters in American history. His iconic career span more than five decades. He’s famous for his distinctive voice, artful lyric and uncompromising vision. He is releasing his 35th studio album this month. It is called “Storytone.” Here is a look at its first single “Who’s Gonna Stand Up?”

This all starts with you and me 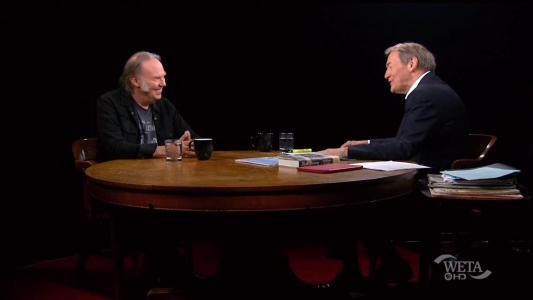 ROSE: Neil Young has just published his second memoir, it is called “Super Deluxe.” In it he covers everything from his love of cars and painting to his crusade for Mother Earth. I am pleased to have him back at this table. How are we doing on your crusade for the environment?

NEIL YOUNG: Well you know the Earth is -

YOUNG: The Earth is. And I and my friends - who are on the same trip as I’m on and there are many of them - feel that the Earth is a huge, it’s like a huge ship that we need to turn around and take in a different direction. Or we are going to hit something that we don’t want to hit.