Report: YouTube Wants Your 5-Year-Old to Be ‘The Best Assassin’

YouTube may be exposing kids as young as 5 to graphic stabbings and gruesome violence, according to The Sun. 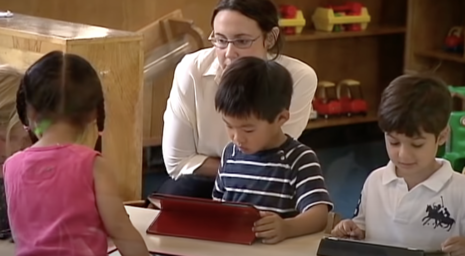 The Sun posed as a parent of a 5-year-old child to see what YouTube is emphasizing. ”We were able to access a cartoon video called I’m The Best Assassin, which shows characters being murdered with knives,” The Sun reported. “Other content included a ‘magic trick’ which showed someone shoving a fork in their eye and a youngster having a tooth removed by Nerf gun.”

The news is flooded with violence that parents should aim to protect their kids from. But now, kids are watching cartoon videos on YouTube about how to stab people instead.

YouTube itself claimed in a blog that it uses "clicks" and "watchtime" to help it recommend new videos to a user. So if a child watches one violent video he will likely discover more. For kids watching videos like “I’m The Best Assassin,” YouTube would recommend similar videos.

It’s no surprise that YouTube has a goal to indoctrinate kids. YouTube has a history of censoring content that is good for kids and emphasizing content that is corrupt. It censored a video released by YAF intended to warn young people about the evils of socialism. All the while, YouTube allows videos of a Drag Queen putting on a pride parade and teaches kids about the LGBTQ+ community, BLM propaganda and pedophilia.

YouTube has an ideological passion of indoctrinating kids just like other social media platforms. TikTok encourages the transgender agenda. Instagram facilitates an unhealthy environment full of self-comparison and self-confusion.

In 2021, Sens. Richard Blumenthal (D-CT) and Marsha Blackburn (R-TN) commented during multiple hearings about the safety of kids online — or lack thereof. The hearing initially started following a Wall Street Journal piece about how Facebook, now called Meta, is hiding research on the negative impacts of social media on teenage mental health.

The Sun’s findings are nothing new, unfortunately, but since their release, YouTube has age-restricted one of the violent videos The Sun found. Ironically, a YouTube spokesperson told The Sun that “Protecting our youngest users is a top priority” which is a direct contradiction to the content YouTube and the rest of Big Tech permit.

Conservatives are under attack. Contact your representatives and demand that Big Tech be held to account to mirror the First Amendment while providing transparency and equal footing for conservatives. If you have been censored, contact us at the Media Research Center contact form, and help us hold Big Tech accountable