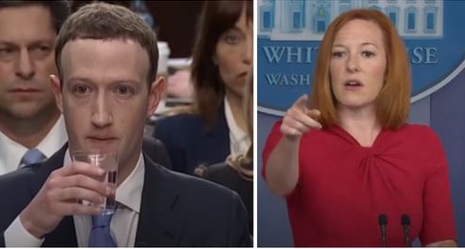 Over 40 conservative leaders have signed on to an open letter led by Media Research Center President L. Brent Bozell in calling on the federal government to cease its collusion with Big Tech.

“The Biden administration is ripping the U.S. Constitution to shreds. Its assault on America’s freedom of speech is terrifying. It is the hallmark of dictatorships.

“As a result of the incendiary and dangerous announcements made by the Biden White House last week to censor free speech with the cooperation of social media, we, the undersigned, demand  Big Tech firms immediately and publicly announce that they will not comply with calls from the federal government to censor dissenting viewpoints. Not on COVID-19 and not on any other topic. Furthermore we call on those companies to resist further demands for such outrageous censorship of dissenting voices.

“The Biden administration is guilty of violating the most basic fundamental principles of a free and open society. President Joe Biden shockingly claimed Facebook is ‘killing people’ because it doesn’t completely censor its site in ways the administration approves. Though he later backed off this claim a bit, multiple members of the administration are moving to quash free speech on social media following that autocratic rationale.

“Those who comply and do not speak out are guilty of being complicit in a creepy and repugnant form of Orwellian “thoughtcrime.” We are fast approaching the nightmarish reality of 1984 or worse.

“Therefore, we further demand the White House, the federal government and private entities be fully transparent about all government actions to restrict speech.

“It is also the responsibility of Congress to limit the federal government’s attempt to work with, bully or intimidate private entities to control free speech the state deems dangerous. Indeed, our First Amendment was written to protect all speech, not just what the Biden administration deems safe and socially acceptable.

“If the federal government does not immediately cease and desist from its actions to coerce private companies to quash free speech in the United States, no other conclusion can be drawn, except that the federal government is openly opposed to citizens exercising their First Amendment rights. We will do everything legally in our power to resist that egregious overreach.”

International Organization for the Family