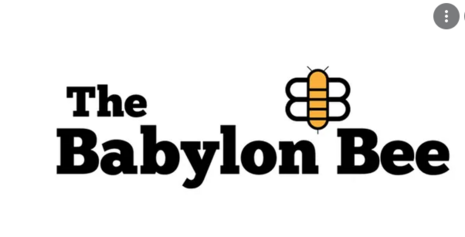 Christian satire site The Babylon Bee has, once again, felt the sting of tech censorship.

Mailchimp responded to the Dillon’s tweet, and apologized. “Hey Seth. We got this in front of our Compliance team and they’ve reinstated the account. Our team followed up in an email with more details. We apologize for the inconvenience,” Mailchimp said. However, The Bee had apparently had enough. “Thank you, but we're moving to an email service provider that doesn't make these ‘mistakes.’ We'd also prefer to be on a platform that doesn't censor conservatives for being ‘hateful’ or ‘misinformative,’” Dillon responded .

Dillon called out the censorship The Bee has faced in a statement to MRC Free Speech America:

“For a long time now, Mailchimp has been exercising viewpoint discrimination under the guise of protecting the public from harmful misinformation. We have no interest in staying on a platform that's looking for excuses to censor us by literally scanning the content of our emails. The reversal in this case gives us no confidence that it won't happen again, and perhaps the suspension will be permanent next time. So we're moving on to an email service provider that actually values free expression.”

The Bee is, unfortunately, well-acquainted with censorship. Facebook censored an article from The Bee titled “Senator Hirono Demands ACB Be Weighed Against A Duck To See If She Is A Witch.” The platform also censored a post from The Bee that made fun of rioters. Facebook recently claimed that satire may be allowed on the platform if it doesn’t target people or things that it favors. Leftist, progressive outlet Slate responded by suggestingThe Babylon Bee has “a nasty tendency to punch down.”

The Babylon Bee is a member of the Free Speech Alliance.

Conservatives are under attack. Contact Mailchimp and demand that the company be held to account to mirror the First Amendment while providing transparency, clarity on “hate speech” and equal footing for conservatives. If you have been censored, contact us at the Media Research Center contact form, and help us hold Big Tech accountable.