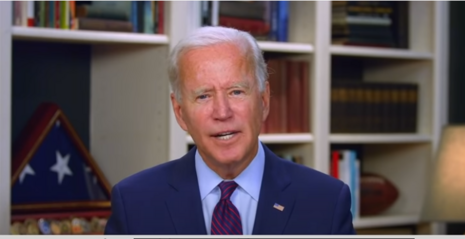 The White House National Security Council released a report about domestic terrorism, and it may actually encourage more censorship online.

The report, titled “National Strategy for Countering Domestic Terrorism,” included the Jan. 6 riot at the U.S. Capitol in a list of examples of “domestic terrorist attacks.” In the report, the Biden administration also endorsed the “Christchurch Call to Action to Eliminate Terrorist and Violent Extremist Content Online.” The call has been linked to a left-wing push to restrict so-called “hate speech” online as well.

The report discussed the motivations of so-called domestic terrorists. The White House said in the report: “[O]ne key aspect of today’s domestic terrorism threat emerges from racially or ethnically motivated violent extremists and networks whose racial, ethnic, or religious hatred leads them toward violence, as well as those whom they encourage to take violent action.” Specifically, the report noted that the motivations of terrorists can stem from “a perception of the superiority of the white race that call for violence in furtherance of perverse and abhorrent notions of racial ‘purity’ or ‘cleansing.’”

The report also detailed the Biden administration’s plans to curb the threat of domestic terrorism, particularly online. The report said that the administration is “[c]ontinuing to enhance the domestic terrorism–related information offered to the private sector, especially the technology sector,” in an effort to “facilitate more robust efforts outside the government to counter terrorists’ abuse of Internet–based communications platforms to recruit others to engage in violence.”

The White House’s report also specifically mentioned the controversial Christchurch Call: “We applaud language in the Christchurch Call emphasizing the importance of tackling the very real threat posed by online terrorist content while respecting human rights and freedom of expression.” Under the Christchurch Call, participating governments will use algorithms to monitor “extreme” speech.

The fact that the administration appeared to want to counter domestic terrorism online could actually lead to more censorship of conservative thought in general. Conservatives are already regularly censored online.  Former President Donald Trump was banned from 10 platforms, including YouTube, Twitter, Facebook, Instagram, Twitch, Stripe, Snapchat, Reddit, TikTok and even Shopify, following the Jan. 6 riot at the U.S. Capitol after he called for “peace.” Facebook recently changed its rules to ban Trump for two years, effective from the date of his initial ban.