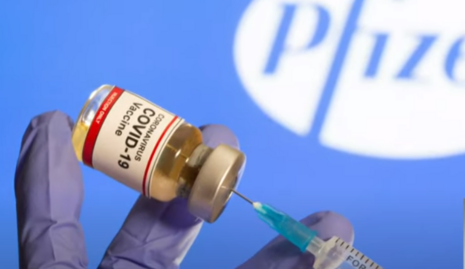 An alleged “vaccine safety” organization has fought to have its case against Facebook censorship heard in court.

The Children’s Health Defense (CHD) appeared in court May 5 to fight a motion to dismiss its lawsuit against Facebook, CEO Mark Zuckerberg and several of the platform’s fact-checkers for censorship. San Francisco, California Senior District Judge Susan Illston heard arguments from Facebook and CHD as to whether the lawsuit should be dismissed. “A ruling is expected soon,” according to the release on PR Newswire.

CHD’s complaint centered around an alleged First Amendment violation. The organization argued: “This is a case about how an officer and an agency within the U.S. Government ‘privatized’ the First Amendment by teaming up with Facebook to censor speech which, under the Bill of Rights, the Government cannot censor.”

The lawsuit alleged that Rep. Adam Schiff (D-CA) sent letters to Facebook and Google regarding “vaccine misinformation.” In response, the Centers for Disease Control and Prevention and the World Health Organization “collaborated at length with Facebook to suppress vaccine safety speech with a ‘warning label’ and other notices that appear to flag disinformation, but in reality censor valid and truthful speech, including speech critical of those agencies and their policies,” the lawsuit said.

CHD’s lawsuit also claimed that Facebook’s fact-checking does not accurately describe the website’s content: “Since March 2019, with increasing frequency, Facebook and its affiliated ‘fact-checkers’ (their Orwellian term) have published ‘false information’ tags on CHD’s page, which materially misrepresent the accuracy of CHD’s own content.”

CHD alleged that Facebook worked with the government in censoring CHD’s content. So, CHD asked the court to hold “that governmental agencies cannot legally ‘sub-contract’ or ‘privatize’ the role of public censor to Facebook as an end-run around the Constitution.”

CHD was established by its leftist president, Robert F. Kennedy, Jr. The organization falsely claimed on its website that “vaccines can and do cause injuries including autism and many other adverse health outcomes.” It also claimed that 5G technology “poses health risks, encourages debris-generating satellite collisions, causes depletion of the ozone layer by the huge number of launches planned and is a major factor in the weaponization of space.”

Facebook has the power to choose who can participate in debate in the public square. The company recently deleted a group of COVID-19 vaccine skeptics, removed a group of anti-mask activists and totally removed the Planet Lockdown video that criticized COVID-19 policies.